Every year World Refugee Day is celebrated on 20 June. This year’s theme is “Together we heal, learn and shine”. 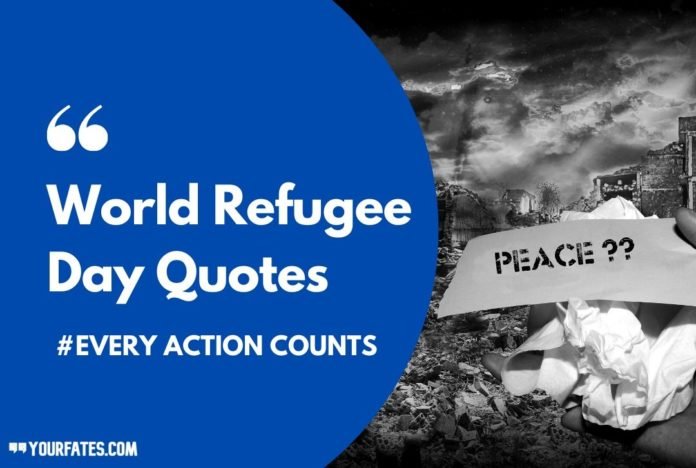 World Refugee Day is organized worldwide on 20 June. This day is celebrated to draw attention to the plight of the refugees and raise awareness to solve their problems. Share these heart-grabbing World Refugee Day quotes with your friends and family.

Refugees are those who are forced to leave their country and flee elsewhere due to war, torture, conflict, and violence.

These people are exposed to violence or harassment and are forced to leave the comfort of their homes due to “well-founded fear of persecution because of his/her race, religion, nationality, membership of a particular social group, or political opinion” as per the definition given by the United Nations.

Following are the collection of quotes and slogans about refugees, share them with your friend and family.

Here is one quote for you to share for every waking hour on June 20. World Refugee Day is observed on this day every year.

Safety, food, water, and shelter are things that we tend to take for granted but these are priceless treasures in the world of a refugee.

“Displaced societies are of value. Their issues are our issues.” – Cynthia Basinet

“To be called a refugee is the opposite of an insult; it is a badge of strength, courage, and victory.”- Tennessee Office for Refugees

“I urge you to celebrate the extraordinary courage and contributions of refugees past and present..” -Kofi Annan

“A lasting solution, the possibility to begin a new life, is the only dignified solution for the refugee himself.”- Poul Hartling

“No one puts their children in a boat unless the water is safer than the land.” – Warsan Shire

“How can we scramble away like rats, without honor, without dignity, when everyone must help rebuild the country?” – Thanhha Lai

“They are safe but they are not in their homes. They are city-less. I think it’s just a disaster for everyone.” – Teri Hatcher

“Refugees are not terrorists. They are often the first victims of terrorism.” – António Manuel de Oliveira Guterres

“Refugees are mothers, fathers, sisters, brothers, children, with the same hopes and ambitions as us–except that a twist of fate has bound their lives to a global refugee crisis on an unprecedented scale” – Khaled Hosseini

“A refugee is someone who survived and who can create the future.” – Amela Koluder

“No one leaves home unless home is the mouth of a shark.” – Warsan Shire

“Refugees didn’t just escape a place. They had to escape a thousand memories until they’d put enough time and distance between them and their misery to wake to a better day” – Nadia Hashimi

“But if the world measures a refugee according to the worst story, we will always excuse human suffering, saying it is not yet as bad as someone else’s.” – Victoria Armour-Hileman

“The world will not be destroyed by those who do evil, but by those who watch them without doing anything.” – Albert Einstein

“We have a legal and moral obligation to protect people fleeing bombs, bullets, and tyrants, and throughout history, those people have enriched our society.” – Juliet Stevenson

You have never experienced real suffering until you’ve been forced to flee the warmth of your home in order to keep on living.

“Refugees didn’t just escape a place. They had to escape a thousand memories until they’d put enough time and distance between them and their misery to wake to a better day” – Nadia Hashimi

The world has forced them to leave their home because no one leaves their home by choice. Wishing you Happy World Refugee Day.

We must be kind to refugees because they have been forced to leave their homes to survive and survive. World Refugee Day to all.

Migrants and refugees are also human beings and we should not be merciless towards them. Celebrate an aware World Refugee Day.

A refugee sheds the same blood that you have shed. It means that he is also a human being, find it in yourself to show them, love.

Anyone can be a refugee at any time. Take some time to think about it as you celebrate this year’s Happy World Refugee Day.

We need to change the mindset of society and make them understand that the life of refugees matter. Wishing World Refugee Day.

The living conditions of refugees are appalling, For food and shelter, they are completely at the mercy of others. Wishing Refugee Day.

Refugees are human beings and we should show them some love and support and pray for their best. Wishing World Refugee Day.

Let’s accept refugees in our country and brotherhood. They are also human like us, we need to change the mindset of the people. Happy World Refugee Day.

I hope there will come a day when the whole world will come together and have a strong voice that simply says “peace and safety for all”.

Refugees are fighters, they have survived genocide, rape, and murder. They are a group of people who are always in a state of conflict. Happy World Refugee Day.

If you really want to understand the plight of a refugee, Just imagine the plight of a fish that is forced to live on land instead of in the water. Happy World Refugee Day.

“Migrants and Refugees: Towards a Better World”.

“1 family torn apart by war is too many”.

“Take 1 minute to support a family forced to flee”.

“With courage let us all combine”. 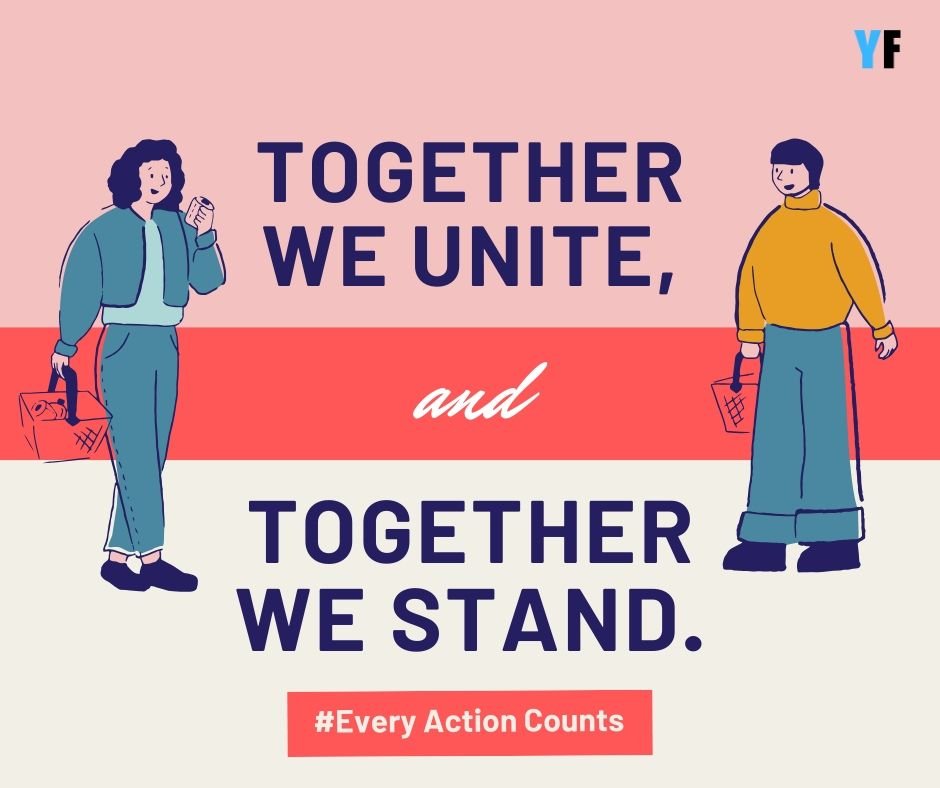 We hope that there will come a day when the whole world will come together and have one strong voice which simply says “peace and safety for all”. Each and every one of us holds the power to create a just, equal, and inclusive world.

Together, we’ll be closer to a world where every refugee has a safe place to live and is able to start anew, free from the threat of violence. Please Share these World Refugee Day Quotes.

If you’re enjoying this article, be sure to also check out these International Yoga Day Wishes, Quotes, and Messages.