Sushant Singh Rajput Quotes: Today is the birth anniversary of late Bollywood actor Sushant Singh Rajput. He was last seen in the film Dil Bechara. The film was released after his death. His movie was finally released on OTT platform Disney + Hotstar all over the world. The dialogues of the film were such that the fans were unable to stop their feelings.

On 14th June 2020, very shocking news has come out from Bollywood a famous actor Sushant Singh Rajput had committed suicide by hanging himself in his house in Mumbai.

Actor Sushant Singh Rajput was one of the favorite and finest actors of Bollywood, Sushant had made a distinct identity in Bollywood due to his hard work and ability.

Sushant started on a small screen in a daily soap called ‘Kis Desh Mein Hai Mera Dil’. She got recognition from Ekta Kapoor’s serial ‘Pavitra Rishta’ on Zee TV. Subsequently, Sushant was cast in the film ‘Kai Po Che!’ Stepped in which Sushant was the lead actor and his performance was also highly praised.

Below are the collection of the best Sushant Singh Rajput quotes that will be remembered for a lifetime. 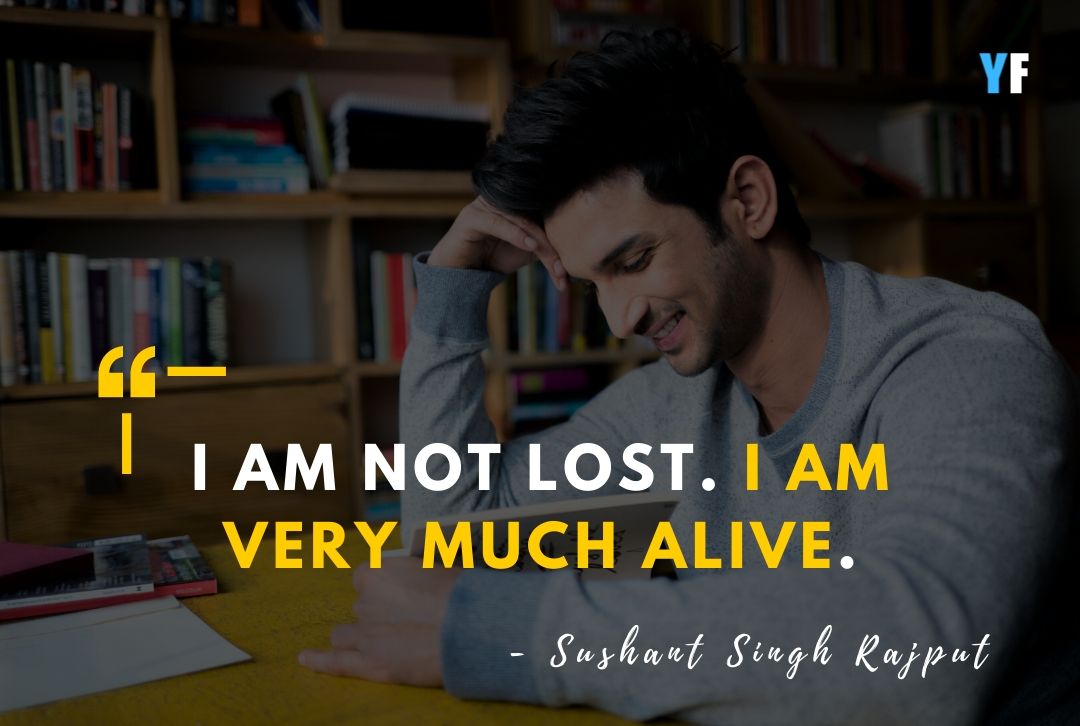 The news of Sushant Singh Rajput committing suicide just makes you believe that no amount of success or fame can bring you peace of mind. Keep checking up on your loved ones. Everyone needs someone in their life. Depression is real don’t ignore it.

Dil Bechara is an adaptation of The Fault In Our Stars, in which Sushant played the role of Augustus Waters aka Manny and Sanjana Sanghi starred as Hazel Grace aka Kizie. Here are some memorable dialogues from Dil Bechara these dialogues will surely stay with Sushant’s fans forever.

Next articleSteve Jobs Quotes To Inspire Your Life

Best Haters Quotes and Sayings to deal with yours Haters

90 Powerful Karma Quotes that will Open Up Your Mind