80 Suicide Prevention Quotes So That We Choose Life 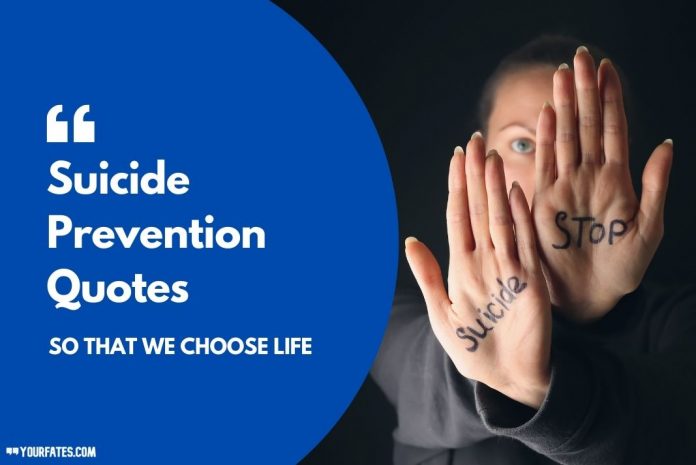 We always hear that suicide is not an option and we firmly stand with it. Our brain is stronger than we can imagine, but what if the brain is sick and it sees no other option than not existing? Well, this is where mental health professionals, medications, counselors, and loved ones come in; to help us get through anything and everything, because they can, together, we all can. So today we are sharing some Suicide Prevention Quotes and Sayings that will give you some courage to live on for a better tomorrow.

In stories and poetries, death seems musical, maybe it is intentional so that people see death in a comforting way and not be afraid of the inevitable. But in the process, no one intended to make death so much comfortable that someone might choose it over life. Wrong interpretations? Yes. Death was, is and always be painful for everyone, for the person dying and for the people who are left behind.

So choose life when you are confused because you are brave and reach out to people who can help. We hope that these Suicide Quotes and Sayings will help you a bit in choosing life:

2. “To anyone out there who’s hurting – it’s not a sign of weakness to ask for help. It’s a sign of strength.” – Barack Obama

74 Blessed Quotes That Will Help You Count Your Blessings3. “We cannot tear out a single page of our life, but we can throw the whole book in the fire.” – George Sand

5. “On average, since the urge to kill myself isn’t so strong that I actually kill myself, the world is worth living in.” – Tao Lin

6. “But in the end, one needs more courage to live than to kill himself.” – Albert Camus

7. “Death is easy. To live is the most painful thing I could imagine and I’m weak and no longer willing to fight.” – Hannah Wright 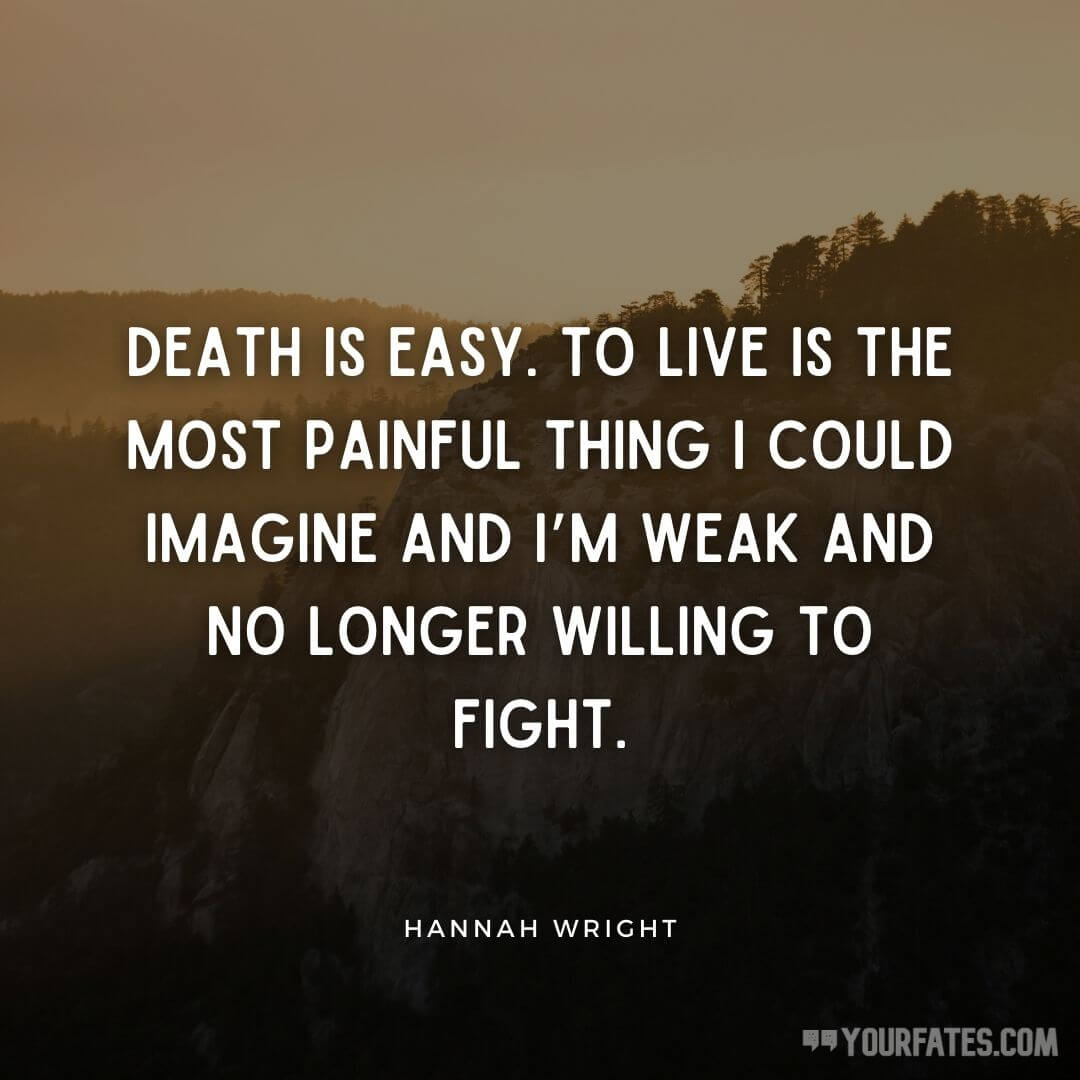 8. “Hope is a necessity for normal life and the major weapon against the suicide impulse.” – Karl A. Menninger

9. “There is no greater strength than choosing to live.” – Unknown

10. “The bravest thing I ever did was continuing my life when I wanted to die.” – Juliette Lewis

13. “The pain passes, but the beauty remains.” -Pierre August Renoir

14. “One of the secrets of life is to make stepping stones out of stumbling blocks.” – Jack Penn

15. “Every flower must grow through dirt.” – Unknown

16. “If your heart is still beating, God is not done with you yet.” – Dillion Burroughs

18. “If you’re looking for a sign not to kill yourself tonight, this is it.” – Unknown

20. “When your heart is empty, find something you love to fill it up.” – Unknown

21. “On average, since the urge to kill myself isn’t so strong that I actually kill myself, the world is worth living in.” – Tao Lin

22. “But in the end, one needs more courage to live than to kill himself.” – Albert Camus

23. “This world is more beautiful with you in it. “- Unknown

24. “Some people suffer in silence, pain in the hearts but smiles on their faces.” – Isha Barlas

25. “Your life is not over. Your life is important. Don’t take your beauty from the world.” – Unknown

26. “Suicide doesn’t end the chances of life getting worse, it eliminates the possibility of it ever getting any better.” – Unknown

27. “If the meaning of your life is lost, ask for help finding it.”- Unknown

28. “Before you can see the light, you have to deal with the darkness.”- Unknown

29. “Suicide is the last attempt of re-emergence of the will of life.” – Lamine Pearlheart

30. “Believe in yourself and all that you are. Know that there is something inside you that is greater than any obstacle.” – Christian D. Larson

31. “When you twist the roots of your life with others, it’s easier to weather the storm.”- Unknown

32. “You’ve fought through too many yesterdays to not see the beauty of tomorrow.” – Unknown

33. “No man ever threw away life while it was worth keeping.”-David Hume

34. “If your brain is telling you to give up, just breathe. With one breath comes the next. Use that to get you to tomorrow.”- Unknown

35. “Suicide is a permanent solution to a temporary problem.” – Phil Donahue

36. “You may not understand today or tomorrow, but eventually God will reveal why you went through everything you did.”- Unknown

37. “Living each day is one of the most extraordinary acts of courage.” – Jennifer Betts

38. “Write something, even if it’s just a suicide note.”-Gore Vidal

39. “When you twist the roots of your life with others, it’s easier to weather the storm.”- Unknown

41. “Don’t forget who you are and where you came from. Don’t get too emotional over little things. Don’t. Quit until you win the grand prize.” – Robert Randle

42. “When you feel like giving up, just remember the reason why you held on for so long.” – Hayley Williams

44. “The coward sneaks to death; the brave live on.”- Unknown

48. “The most beautiful rocks are those that have weathered the storm.” – Unknown

49. “Never let a stumble in the road be the end of the journey.” – Unknown

50. “They can’t rescue you if they don’t know you need it. Ask for help to fight another day.” – Unknown

51. “That’s the thing about suicide. Try as you might to remember how a person lived his life, you always end up thinking about how he ended it.” – Anderson Cooper

52. “This life. This night. Your story. Your pain. Your hope. It matters. All of it matters.” – Jamie Tworkowski

53. “The real reason for not committing suicide is because you always know how swell life gets again after the hell is over.” – Ernest Hemingway

54. “Think of all the beauty that’s still left in and around you and be happy!” – Anne Frank

55. “The epic story of tomorrow can’t be written if it ends today.” – Unknown

57. “When you don’t have the strength to take another step, ask those you love to pull you.” – Unknown

58. “Soak up the views. Take in the bad weather and the good weather. You are not the storm.” – Matt Haig

61. “It isn’t weak to ask for help. It’s like using a flashlight when you’re lost in the dark.” – Unknown

62. “Courage does not always roar. Sometimes courage is the quiet voice at the end of the day saying, ‘I will try again tomorrow.’” -Maru Anne Radmacher

63. “When you are tempted to give up, your breakthrough is probably just around the corner.” – Joyce Meyer

64. “Choosing to live is never easy, but it’s always worth it.”- Unknown

65. “You have to know the darkness before you can appreciate the light. You were given this life because you were strong enough to live it.”- Unknown

66. “The longer we dwell on our misfortunes, the greater is their power to harm us.” -Voltaire

68. “Be like the lotus, we too must rise from the mud, bloom out of the darkness and radiate into the world.” – Unknown

69. “Never give up, for that is just the place and time that the tide will turn.” – Harriet Beecher Stowe

71. “There is hope, even when your brain tells you there isn’t.” – John Green 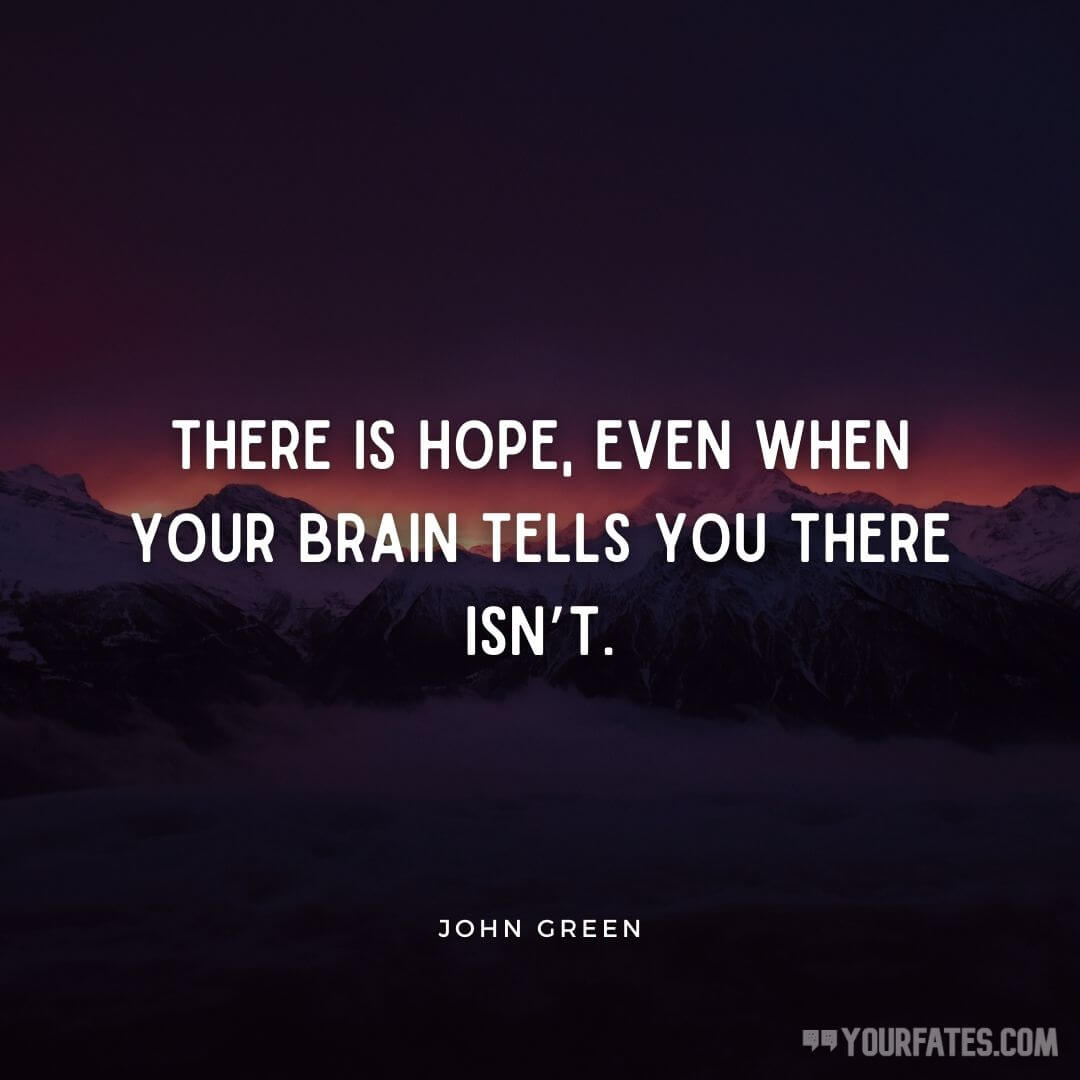 72. “When it is darkest, we can see the stars.”- Ralph Waldo Emerson

73. “Hope is a necessity for normal life and the major weapon against the suicide impulse.” – Karl A. Menninger

74. “Suicide is a serious thing. And if you know anyone who is suicidal, you need to get them help. No one should be in pain. Everyone should love themselves” – Gerard Way

75. “Don’t give up. Don’t give in. Wake up, release your warrior and tell your demons, ‘Not today!’” -Helen Edwards

76. “The epic story of tomorrow can’t be written if it ends today.” -Author Unknown

77. “My own failed suicide attempt, led me to profession of helping others. Reach out. You are never alone.”  -David Essel

78. “It’s not about battling your past, but fighting for your future.”  -Jazz Thornton

80. “By suicide, you can only hurt the people who love you.” -Sandesh Hukpachongbang

In my experience, I can easily say that suicides hurt way more than a natural death. Life is hard but so is death, no one knows what lies behind death. So hustle here rather than heading towards an unknown world. Mental health awareness is taking its pace, reach out to professionals and seek help if you need. Take care.

We hope you like these collections of Suicide Quotes. Also, If you’ve found us useful, please do consider telling your friends about it. All you have to do is send these quotes on WhatsApp and ask them to subscribe to us.