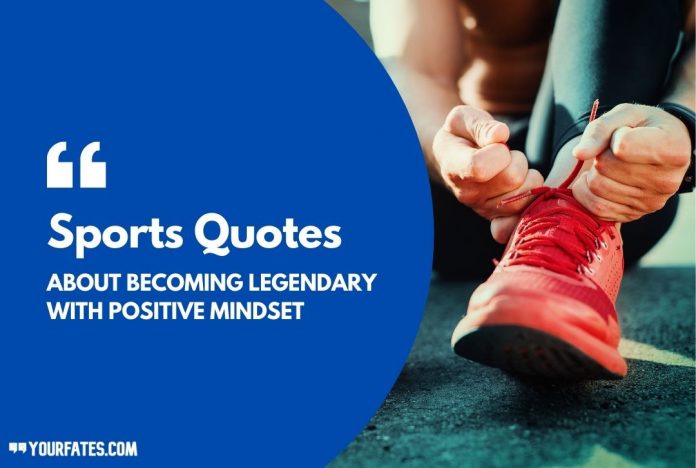 “All work and no play make Jack a dull boy” – this phrase is so old that even the exact origin and the person who said this is unidentified to date. This means that people have known the importance of physical activity and sports for ages unknown. So to further shine some light on the importance of games and sports in our lives, we have brought these powerful and motivating Sports Quotes, Games Quotes, and Sayings.

Like every person is different when it comes to music choices similarly every person has some specific choices when it comes to sports too. One person might be crazy about soccer, other might prefer swimming. And it actually doesn’t matter what sort of physical activity you choose to opt for, what matters is that you choose at least one and play it whenever you can. Not only it is great for your physical health, but sports and physical activities have been scientifically proven to be good for your mental health too.

In simple words, physical activity releases happy hormones in the body which can instantly make you feel good.

So here is this inspiring collection of Sports Quotes that will get you out of your bed and get going to play your favorite game.

1. “Run when you can, walk if you have to, crawl if you must; just never give up.” – Dean Karnazes 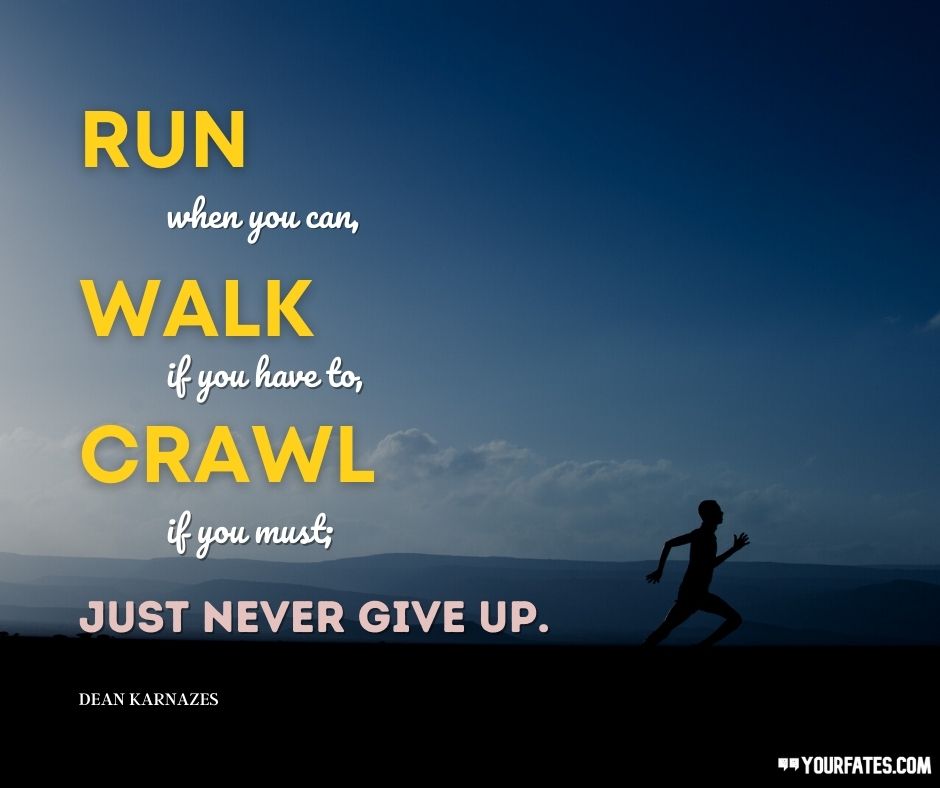 3. “The man who has no imagination has no wings.” – Muhammad Ali

6. “Only he who can see the invisible can do the impossible.”  – Frank L. Gaines

8. “Age is no barrier. It’s a limitation you put on your mind.”  – Jackie Joyner-Kersee

9. “I’ve failed over and over again in my life. And that is why I succeed.” – Michael Jordan

11. “Never let your head hang down. Never give up and sit down and grieve. Find another way.” – Satchel Paige 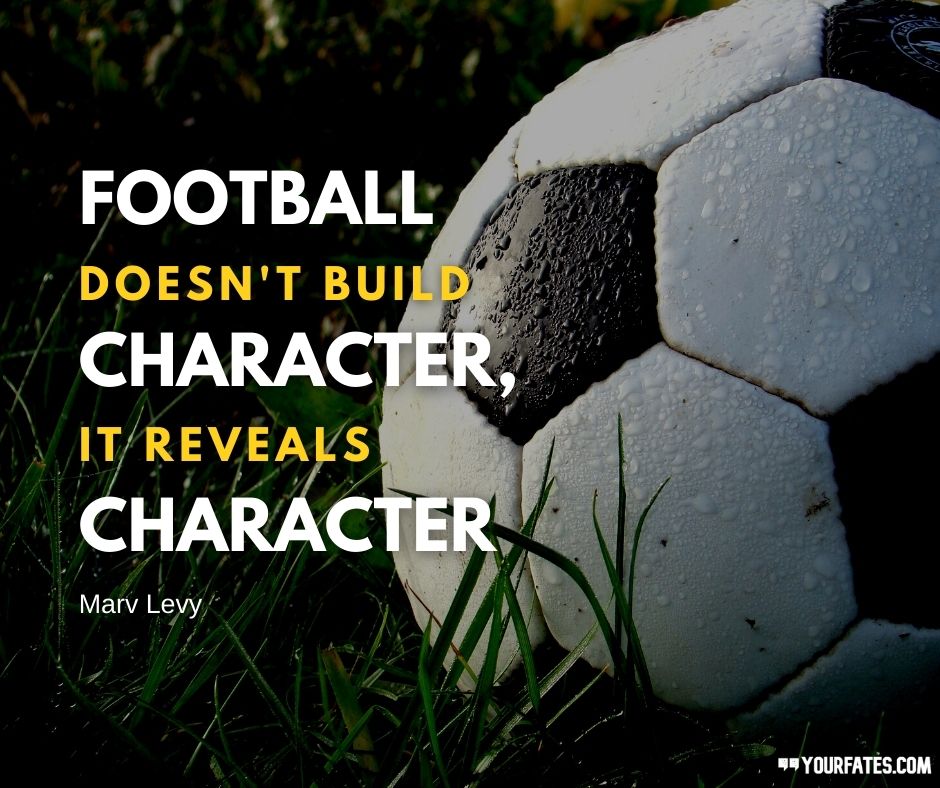 15. “Never give up! Failure and rejection are only the first step to succeeding.” – Jim Valvano

18. “Winning isn’t everything, but wanting to win is.” – Vince Lombardi 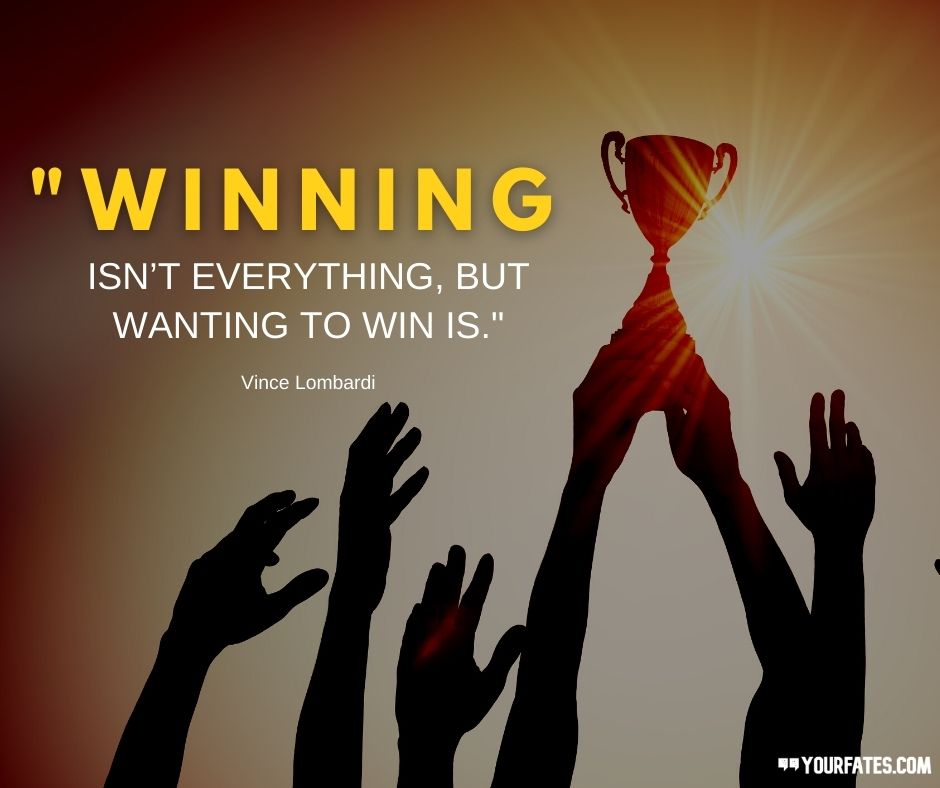 20. “When you’ve got something to prove, there’s nothing greater than a challenge.” – Terry Bradshaw

21. “Today I will do what others won’t, so tomorrow I can accomplish what others can’t.” – Jerry Rice

24. “Good is not good when better is expected.” – Vin Scully

25. “Believe me, the reward is not so great without the struggle.” – Wilma Rudolph

26. “Passion first and everything will fall into place.” – Holly Holm 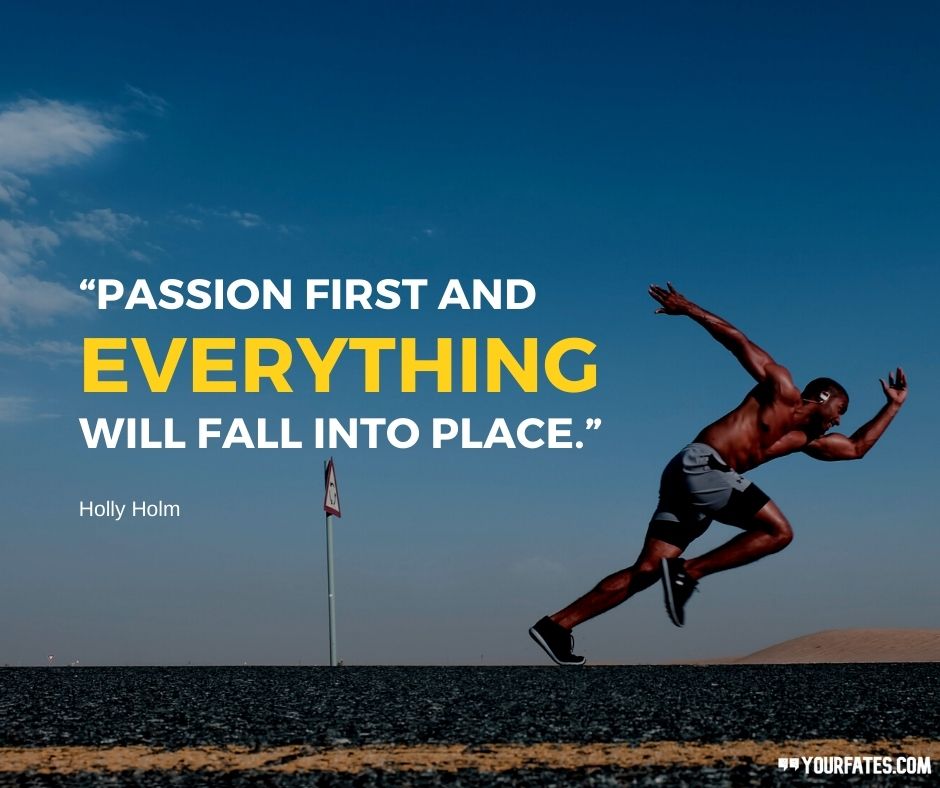 28. “One man can be a crucial ingredient on a team, but one man cannot make a team.” – Kareem Abdul-Jabbar

29. “Leadership is a matter of having people look at you and gain confidence. If you’re in control, they’re in control.” – Tom Landry

32. “Self-praise is for losers. Be a winner. Stand for something. Always have class, and be humble.” – John Madden

33. “Nobody who ever gave his best regretted it.” – George S. Halas 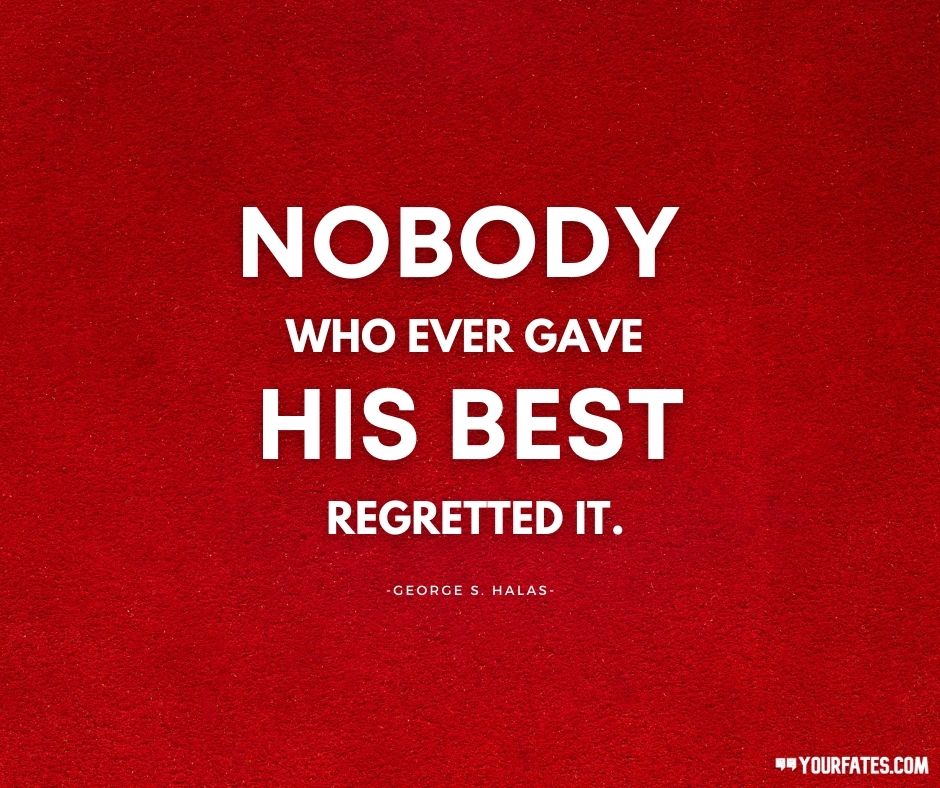 34. “Do you know what my favorite part of the game is? The opportunity to play.” – Mike Singletary

35. “Moment of victory is much too short to live for that and nothing else.” – Martina Navratilova

36. “The more difficult the victory, the greater the happiness in winning.” – Pele

39. “The road to Easy Street goes through the sewer.” – John Madden

40. “I learned that if you want to make it bad enough, no matter how bad it is, you can make it.” – Gale Sayers 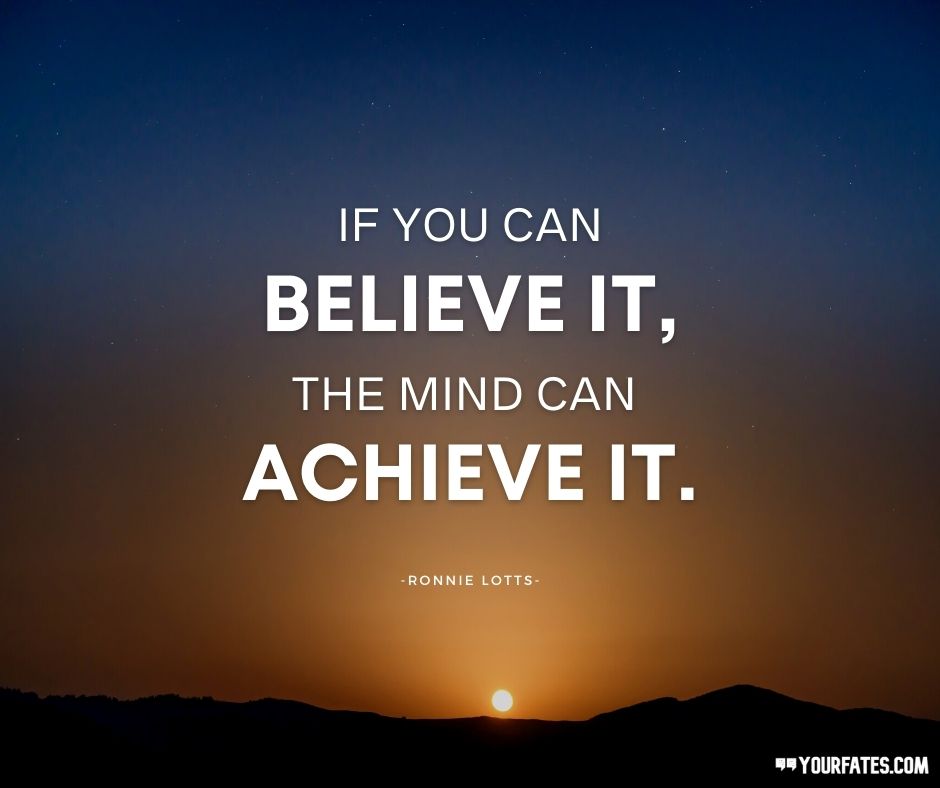 42. “There is only one way to succeed in anything…and that is to give it everything.” – Vince Lombardi

43. “I am no genius; I just worked hard like my other teammates, and I believe all my teammates can win the title as they work hard, too.” – Lin Dan

44. “Good is not good when better is expected.” – Vin Scully

45. “There are no shortcuts -everything is reps, reps, reps.” – Arnold Schwarzenegger

47. “Wisdom is always an overmatch for strength.” – Phil Jackson

48. “Excellence is not a singular act but a habit. You are what you do repeatedly.” – Shaquille O’Neal

49. “A champion needs a motivation above and beyond winning.” – Pat Riley 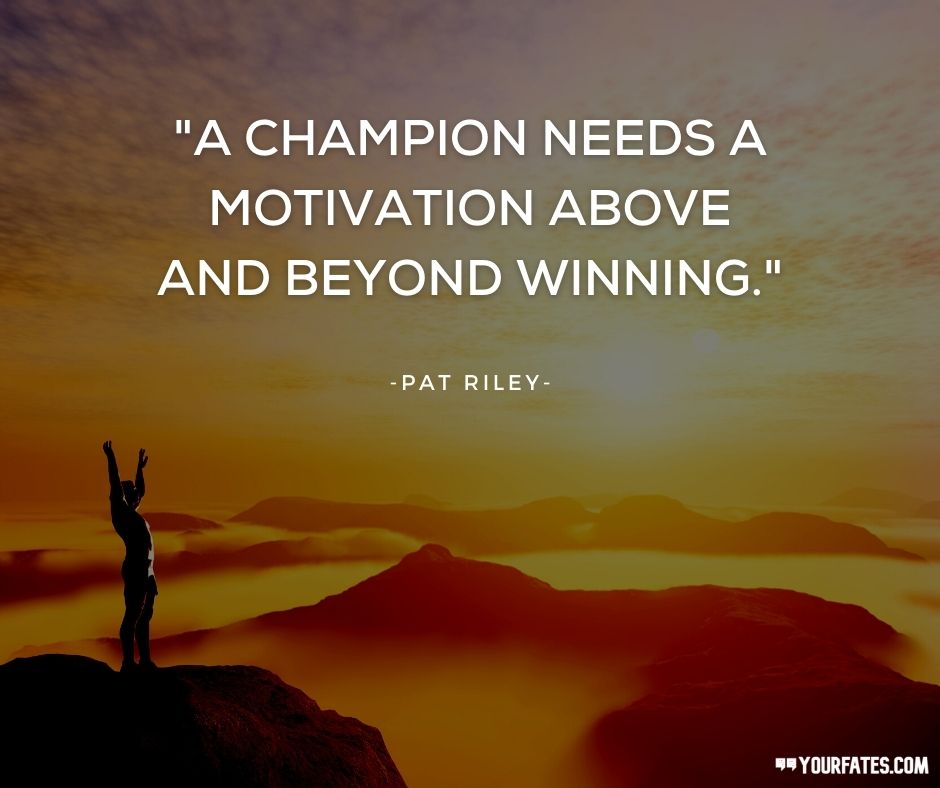 52. “Finding good players is easy. Getting them to play as a team is another story.” – Casey Stengel

57. “Do you know what my favorite part of the game is? The opportunity to play.”- Mike Singletary

58. “One man practicing sportsmanship is far better than 50 preaching it.” – Knute Rockne

59. “The harder the battle, the sweeter the victory.” – Les Brown

60. “When you fail you learn from the mistakes you made and it motivates you to work even harder.” – Natalie Gulbis 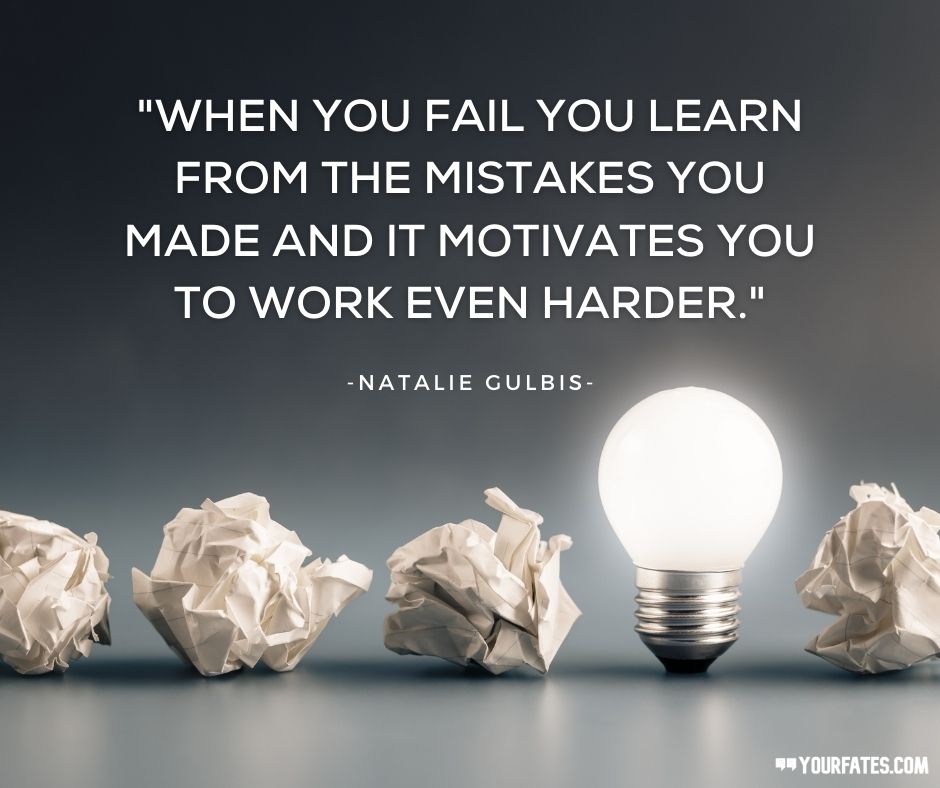 61. “Most people never run far enough on their first wind to find out they’ve got a second.” – William James

63. “What makes something special is not just what you have to gain, but what you feel there is to lose.” – Andre Agassi

64. “Somewhere behind the athlete you’ve become and the hours of practice and the coaches who have pushed you is a little girl who fell in love with the game and never looked back … play for her.” – Mia Hamm

66. “Procrastination is one of the most common and deadliest of diseases and its toll on success and happiness is heavy.”  – Wayne Gretzky 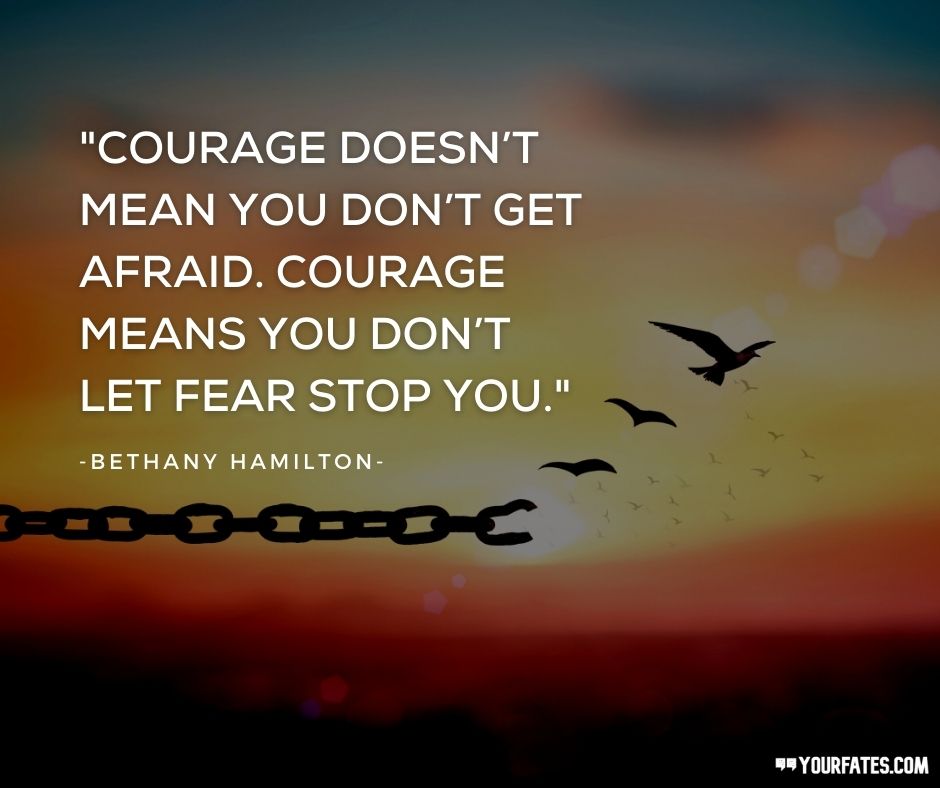 68. “Obstacles don’t have to stop you. If you run into a wall, don’t turn around and give up. Figure out how to climb it, go through it or work around it.” – Michael Jordan

69. “You have to remember that the hard days are what make you stronger. The bad days make you realize what a good day is. If you never had any bad days, you would never have that sense of accomplishment.” – Aly Raisman

70. “You can’t put a limit on anything. The more you dream, the farther you get.” – Michael Phelps

72. “Scientists have proven that it’s impossible to long-jump 30 feet, but I don’t listen to that kind of talk. Thoughts like that have a way of sinking into your feet.” – Carl Lewis

73. “It doesn’t matter what your background is or where you came from. If you have dreams and goals, that’s all that matters.” – Serena Williams

74. “The difference between the impossible and the possible lies in a man’s determination.” – Tommy Lasorda

75. If you’re enjoying these quotes, make sure to read our collection of determination quotes to help you keep moving forward.

76. “The principle is competing against yourself. It’s about self-improvement, about being better than you were the day before.” – Steve Young

78. “A champion is someone who does not settle for that day’s practice, that day’s competition, that day’s performance. They are always striving to be better. They don’t live in the past.” – Briana Scurry

79. “Show me a gracious loser and I’ll show you a failure.” – Knute Rockne

80. “Winning isn’t everything, but it beats anything that comes in second.” – Paul Bryant 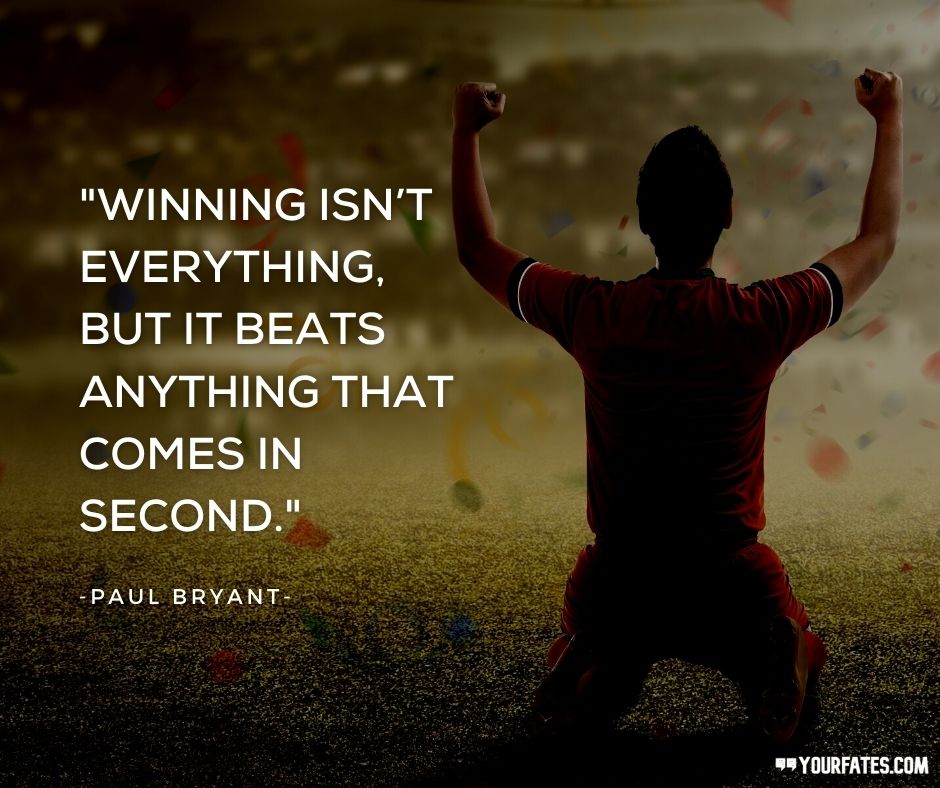 82. “Nothing is black-and-white, except for winning and losing, and maybe that’s why people gravitate to that so much.” – Steve Nash

85. “Competitive sports are played mainly on a five-and-a-half inch court, the space between your ears.” – Bobby Jones

87. “You can’t win unless you learn how to lose.” – Kareem Abdul-Jabbar 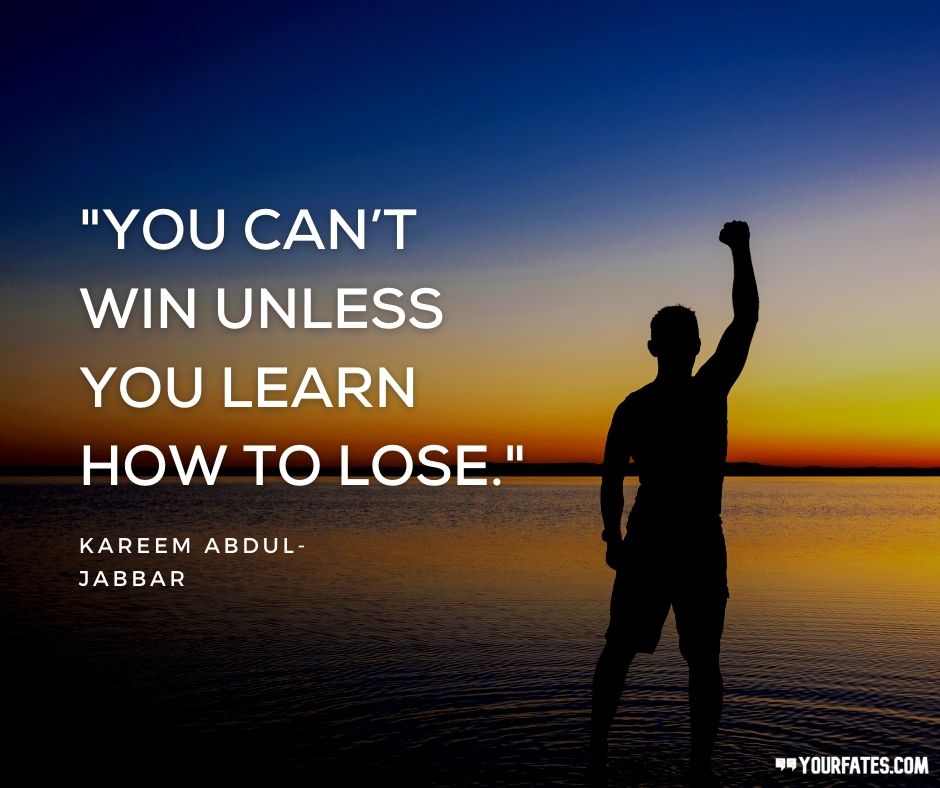 88. “An athlete cannot run with money in his pockets. He must run with hope in his heart and dreams in his head.” – Emil Zatopek

89. “At a young age winning is not the most important thing… the important thing is to develop creative and skilled players with good confidence.” – Arsene Wenger

91. “Passion first and everything will fall into place.” – Holly Holm

94. “My motto was always to keep swinging. Whether I was in a slump or feeling badly or having trouble off the field, the only thing to do was keep swinging.” – Hank Aaron

95. “To uncover your true potential you must first find your own limits and then you have to have the courage to blow past them.” – Picabo Street

96. “Push yourself again and again. Don’t give an inch until the final buzzer sounds.” – Larry Bird 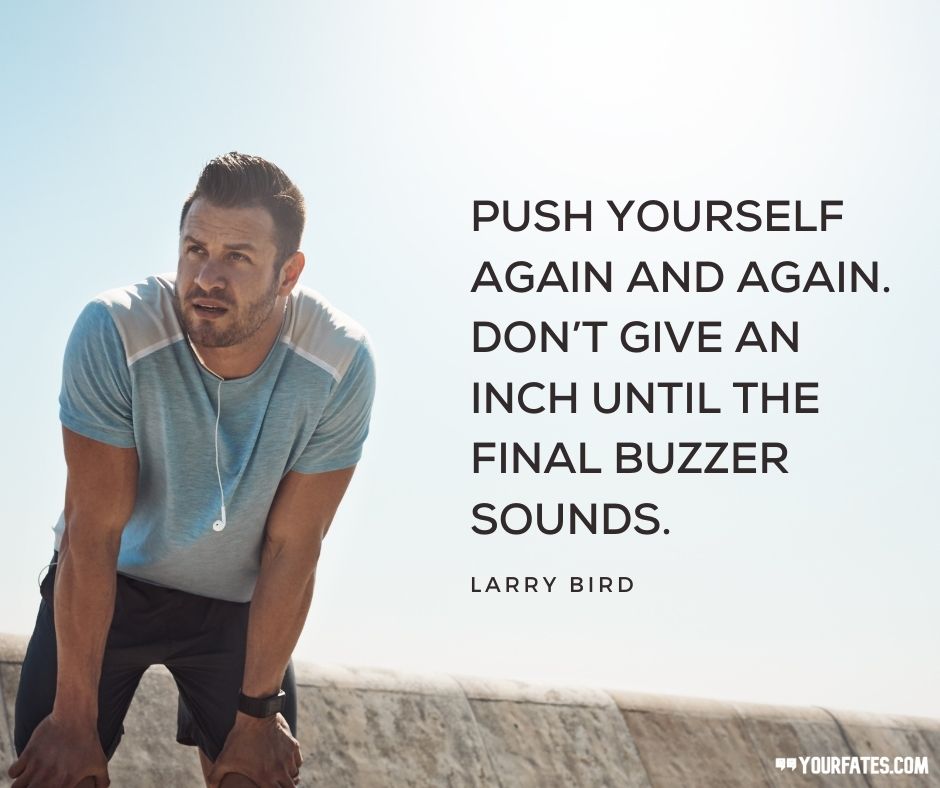 97. “The will to win is important, but the will to prepare is vital.” – Joe Paterno

98. “Never let your head hang down. Never give up and sit down and grieve. Find another way.” – Satchel Paige 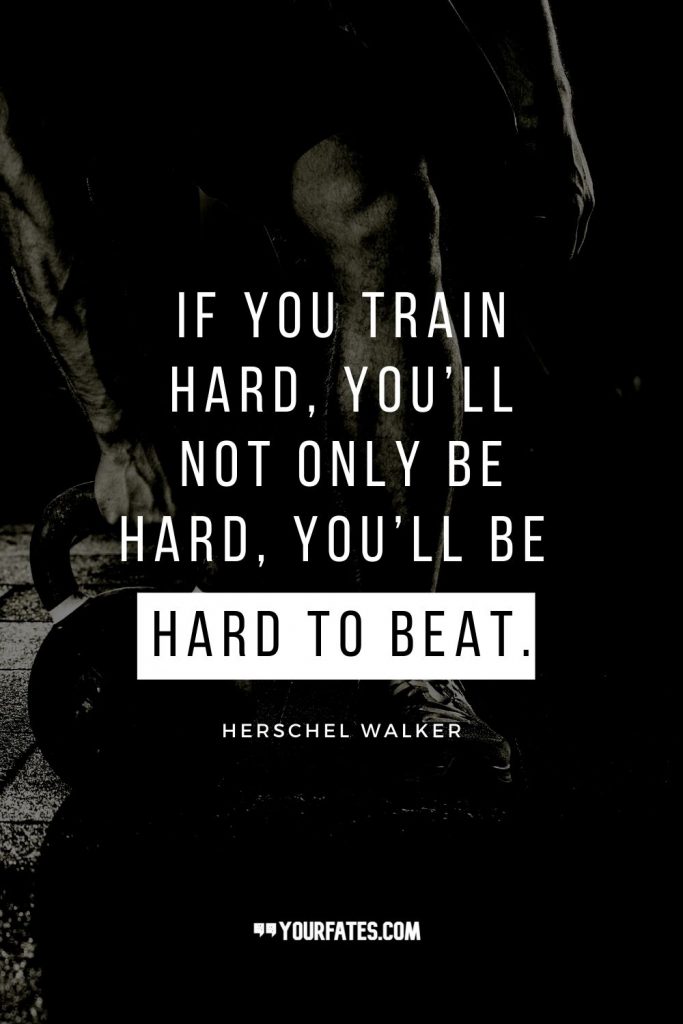 106. “Obstacles don’t have to stop you. If you run into a wall, don’t turn around and give up. Figure out how to climb it, go through it, or work around it.” – Michael Jordan

108. “Just keep going. Everybody gets better if they keep at it.” – Ted Williams

Sports has an unlimited good outcome like it also teaches you teamwork, but even if you are someone who wants to play alone, sports have got your back. There are team games like volleyball and basketball but there are also single-person sports like running and cycling. So choose your sport and play it and enjoy it.

We hope you like these collections of Sports Quotes. Also, If you’ve found us useful, please do consider telling your friends about it. All you have to do is send these quotes on WhatsApp and ask them to subscribe to us.