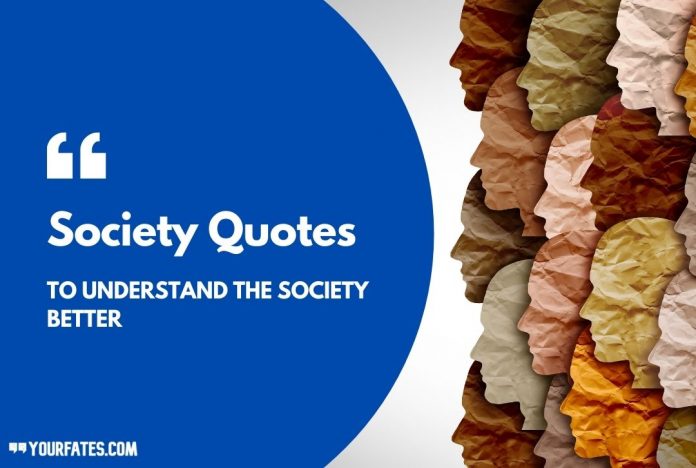 Humans make society. Whatever is good or bad in it, we are all responsible. So here are some Society Quotes for you to understand your society better.

From the dawn of humans, civilization is a constant. We all have been living together, actually have been co-existing on the face of the earth in a massive group called society. Whatever is happening around in society, we are making that happen. So a good or bad society is only labeled due to good or bad citizens. So if we act as better humans, society will automatically be a better place to co-exist.

And to make you understand this connection between human and society better, we have brought this amazing collection of Society Quotes, read on:

1. “That is the one unforgivable sin in any society. Be different and be damned!” – Margaret Mitchell

2. “He who is unable to live in society, or who has no need because he is sufficient for himself, must be either a beast or a god.” – Aristotle 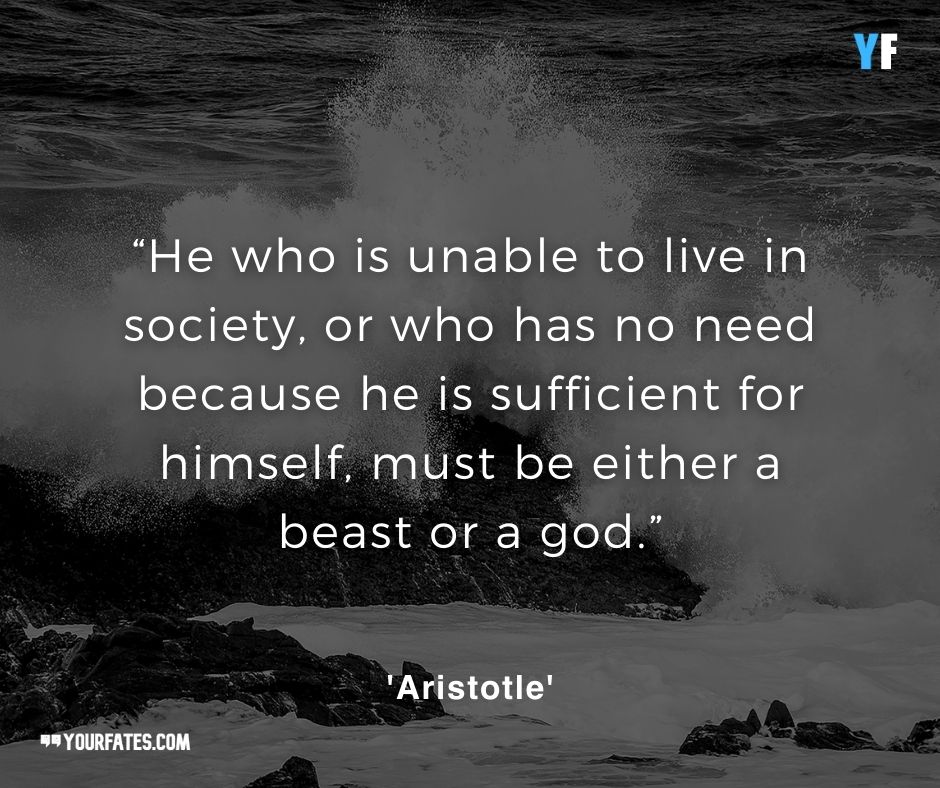 3. “The most dangerous creation of any society is the man who has nothing to lose.” – James Baldwin

4. “Few people are capable of expressing with equanimity opinions which differ from the prejudices of their social enviroment. Most people are incapable of forming such opinions.” – Albert Einstein

5. “The trouble with the rat race is that even if you win, you’re still a rat.” – Lily Tomlin

7. “Society is always trying in some way to grind us down to a single flat surface.” – Oliver Wendell Holmes 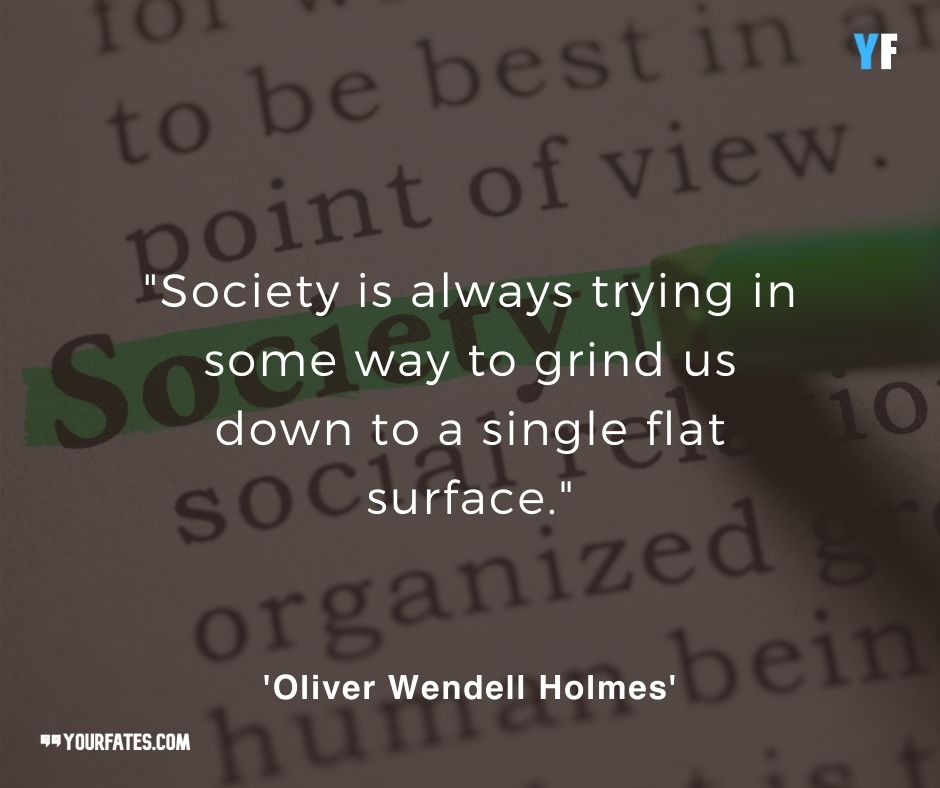 8. “Individual commitment to a group effort – that is what makes a team work, a company work, a society work, a civilization work.” – Vince Lombardi

9. “The degree of civilization in a society can be judged by entering its prisons.” – Fyodor Dostoyevsky

11. “You never change things by fighting the existing reality. To change something, build a new model that makes the existing model obsolete.” – Buckminster Fuller 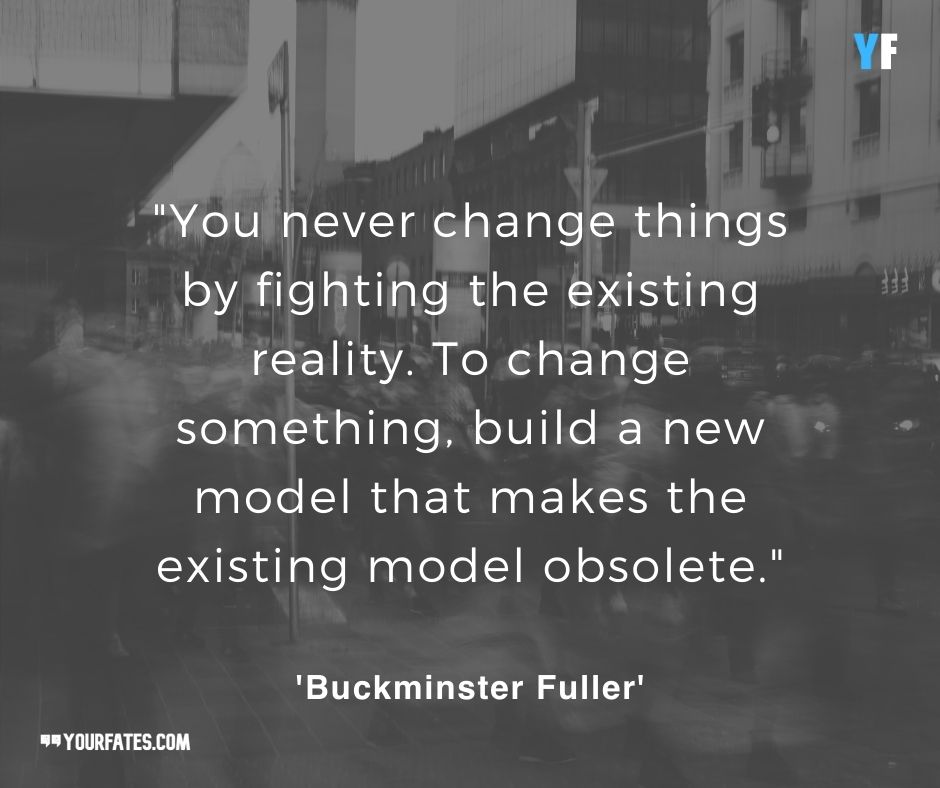 12. “Where justice is denied, where poverty is enforced, where ignorance prevails, and where any one class is made to feel that society is an organized conspiracy to oppress, rob and degrade them, neither persons nor property will be safe.” – Frederick Douglass

13. “Well, for one thing, the culture we have does not make people feel good about themselves. We’re teaching the wrong things. And you have to be strong enough to say if the culture doesn’t work, don’t buy it. Create your own. Most people can’t do it.” – Mitch Albom

14. “A good person can make another person good; it means that goodness will elicit goodness in the society; other persons will also be good.” – Bhumibol Adulyadej

15. “We have to talk about liberating minds as well as liberating society.” – Angela Davis

16. “The society based on production is only productive, not creative.” – Albert Camus 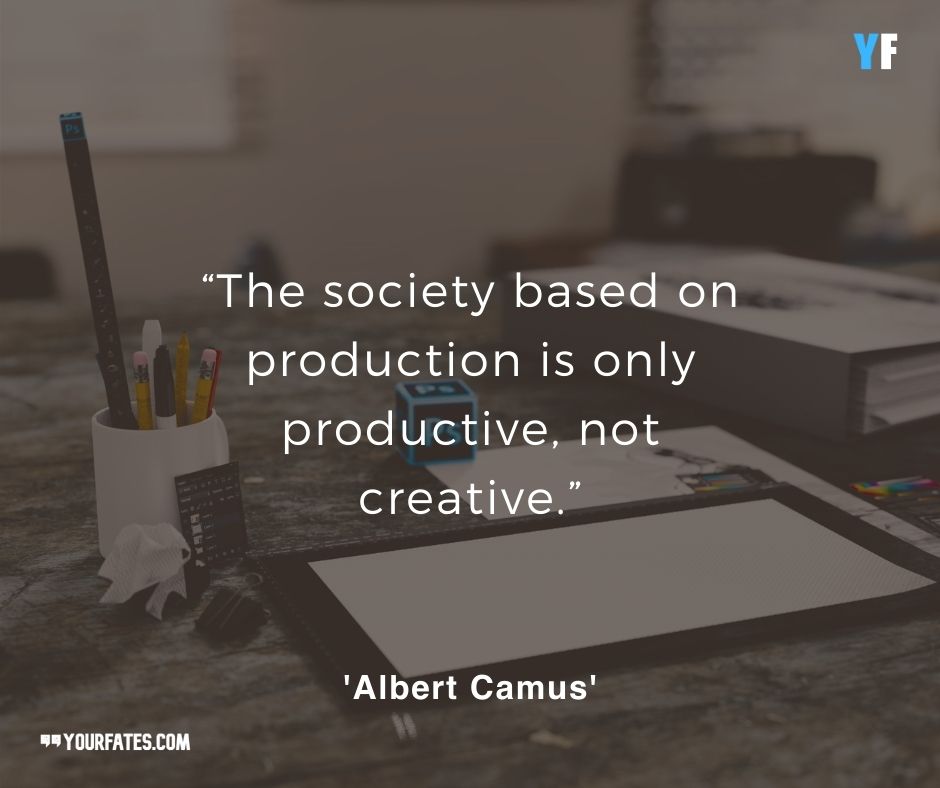 17. “Anyway, no drug, not even alcohol, causes the fundamental ills of society. If we’re looking for the source of our troubles, we shouldn’t test people for drugs, we should test them for stupidity, ignorance, greed and love of power.” – P. J. O’Rourke

18. “In individuals, insanity is rare; but in groups, parties, nations and epochs, it is the rule.” – Friedrich Nietzsche

19. “We must reject the idea that every time a law’s broken, society is guilty rather than the lawbreaker. It is time to restore the American precept that each individual is accountable for his actions.” – Ronald Reagan

20. “Gender injustice is a social impairment and therefore has to be corrected in social attitudes and behaviour.” – Moh. Hamid Ansari 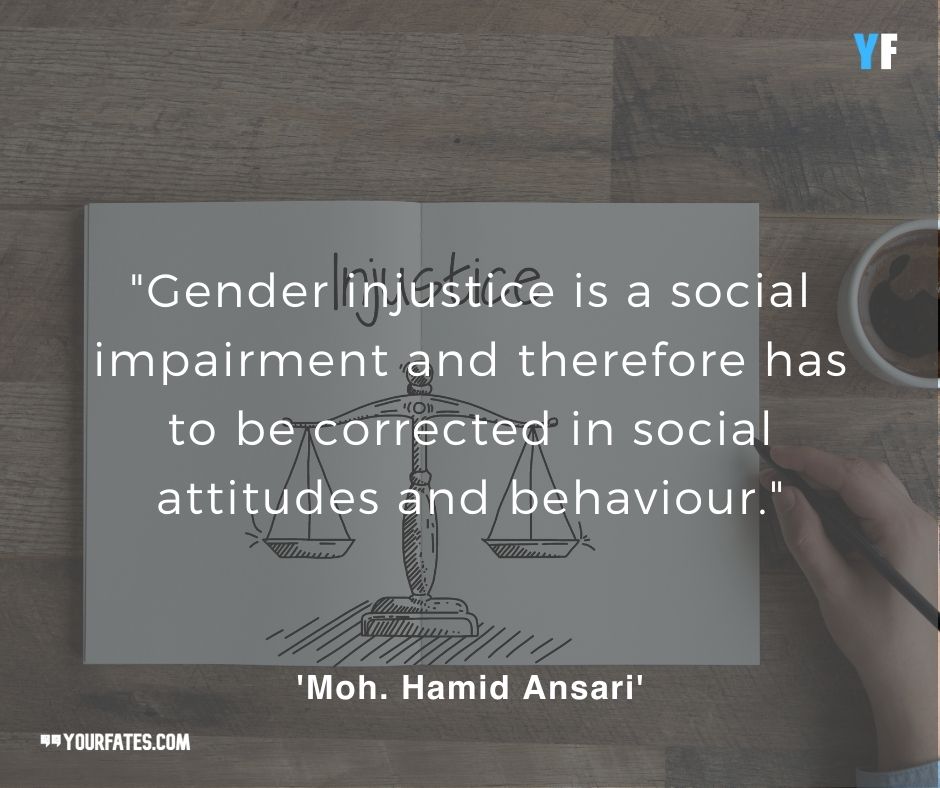 21. “Hence I have no mercy or compassion in me for a society that will crush people, and then penalize them for not being able to stand up under the weight.” – Malcolm X

22. “No society can surely be flourishing and happy, of which the far greater part of the members are poor and miserable.” – Adam Smith

23. “Society is like the air, necessary to breathe but insufficient to live on.” – George Santayana

24. “Some people strengthen the society just by being the kind of people they are.” – John Gardner

25. “The principal aim of the society is to protect individuals in the enjoyment of those absolute rights, which were vested in them by the immutable laws of nature.” – William Blackstone 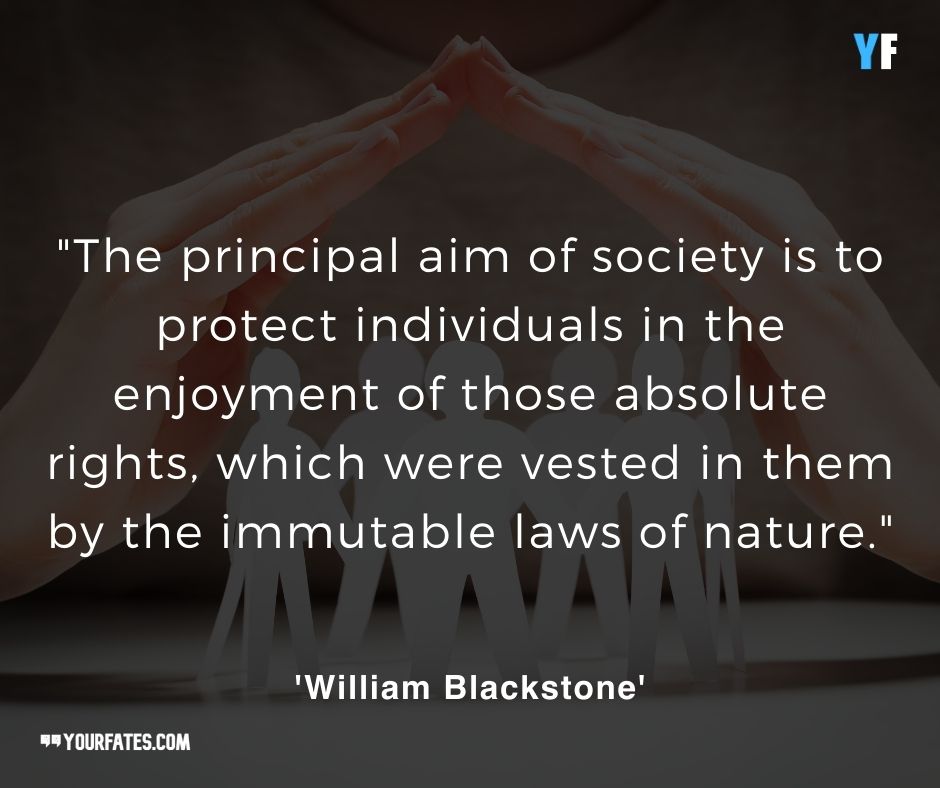 26. “Society as a whole benefits immeasurably from a climate in which all persons, regardless of race or gender, may have the opportunity to earn respect, responsibility, advancement and remuneration based on ability.” – Sandra Day O’Connor

27. “The ultimate test of a moral society is the kind of world that it leaves to its children.” – Dietrich Bonhoeffer

28. “We owe our children – the most vulnerable citizens in any society – a life free from violence and fear.” – Nelson Mandela 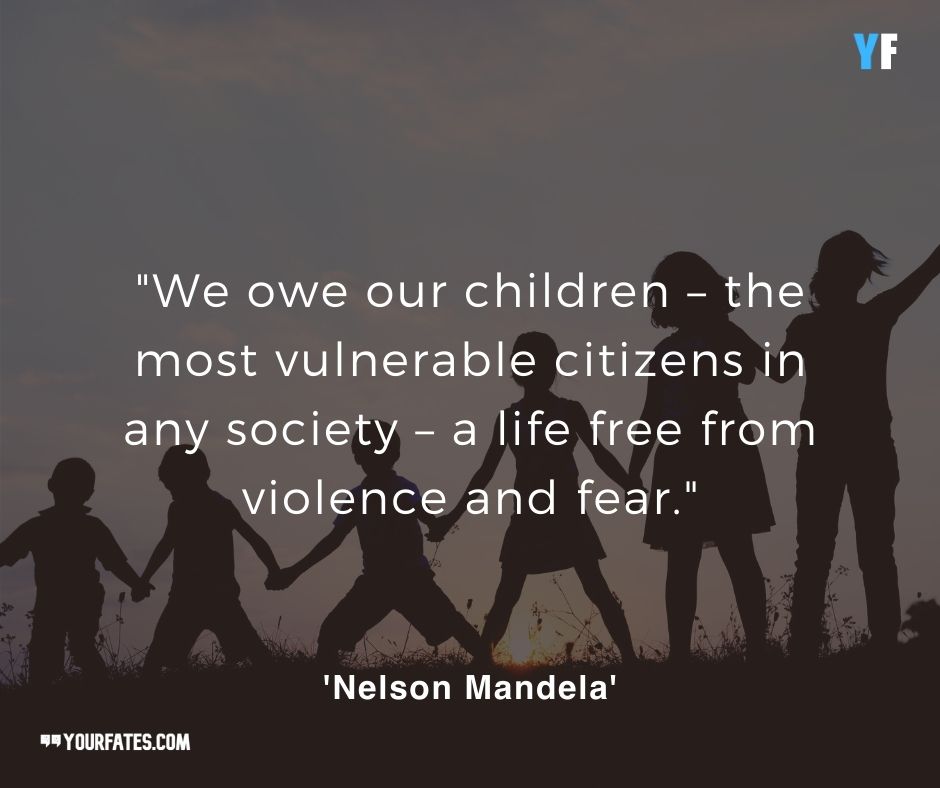 29. “I don’t imagine you will dispute the fact that at present the stupid people are in an absolutely overwhelming majority all the world over.” – Henrik Ibsen

30. “There can be no keener revelation of a society’s soul than the way in which it treats its children.” – Nelson Mandela

31. “Society does not consist of individuals, but expresses the sum of interrelations, the relations within which these individuals stand.” – Karl Marx 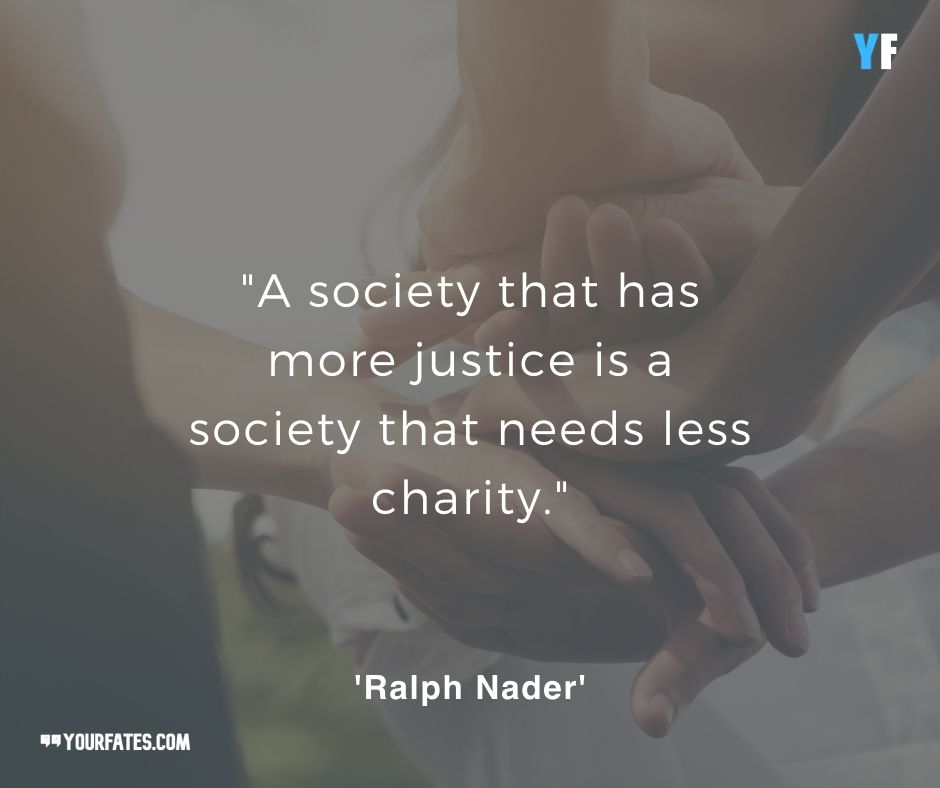 33. “If a free society cannot help the many who are poor, it cannot save the few who are rich.” – John F. Kennedy

34. “In much of society, research means to investigate something you do not know or understand.” – Neil Armstrong

35. “No one would talk much in society if they knew how often they misunderstood others.” – Johann Wolfgang von Goethe

36. “One can be instructed in society, one is inspired only in solitude.” – Johann Wolfgang von Goethe 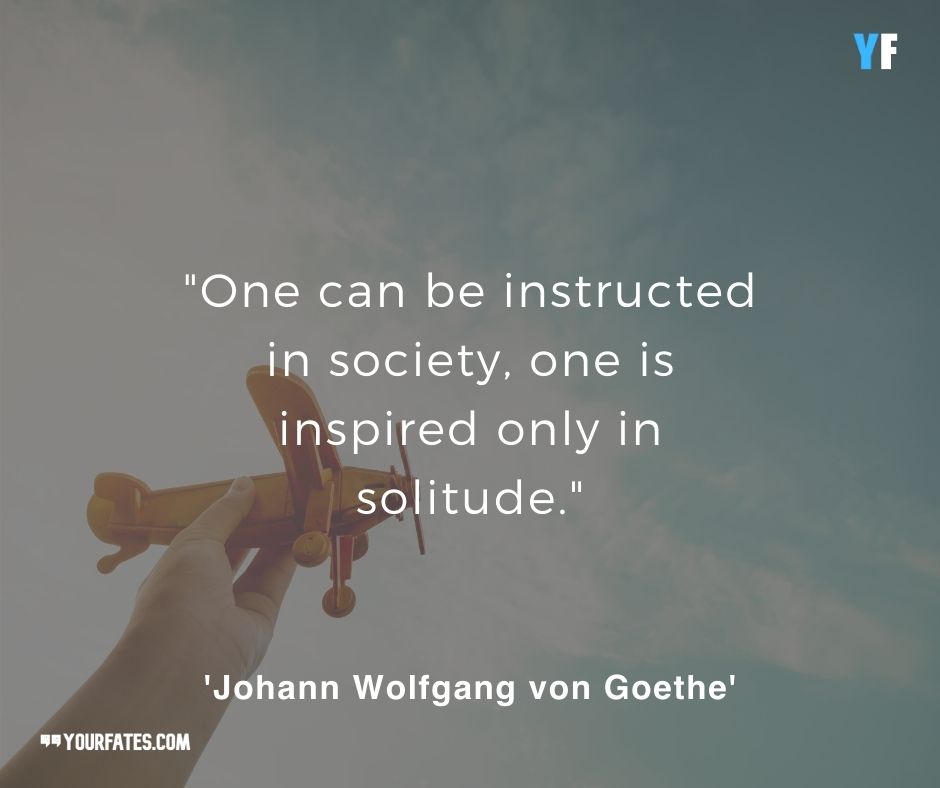 37. “There is a dark invisible workmanship – that reconciles discordant elements – and makes them move in one society.” – William Wordsworth

38. “The reason why the world lacks unity, and lies broken and in heaps, is, because man is disunited with himself.” – Ralph Waldo Emerson

39. “You have to be grateful to existence that it has chosen you to be a passage for a few beautiful children. But you are not to interfere in their growth, in their potential. You are not to impose yourself upon them. They are not going to live in the same times, they are not going to face the same problems. They will be part of another world. Don´t prepare them for this world, this society, this time, because then you will be creating troubles for them. They will find themselves unfit, unqualified.” – Osho 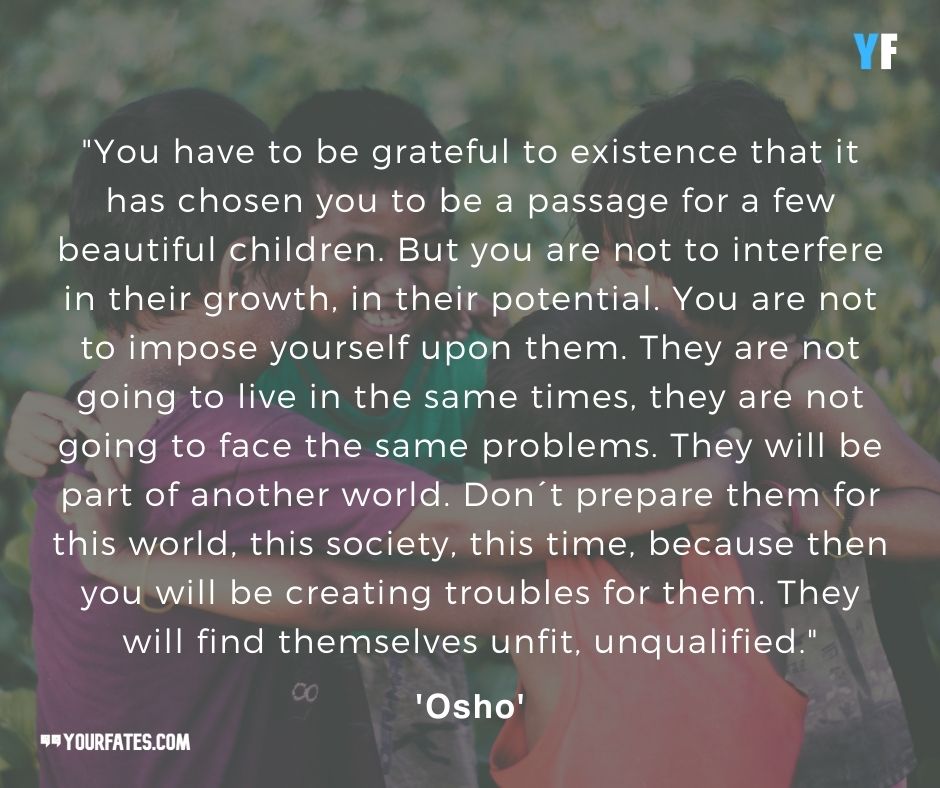 40. “It is no measure of health to be well adjusted to a profoundly sick society.” – J. Krishnamurti

41. “Good humor may be said to be one of the very best articles of dress one can wear in society.” – William Makepeace Thackeray

We have got our rights in society, similarly, we should understand our responsibilities for the good of our massive group. A better society means a better life for all. So keep reading and be the best version of a citizen and human.

We hope you like these collections of Society Quotes. Also, If you’ve found us useful, please do consider telling your friends about it. All you have to do is send these quotes on WhatsApp and ask them to subscribe to us.