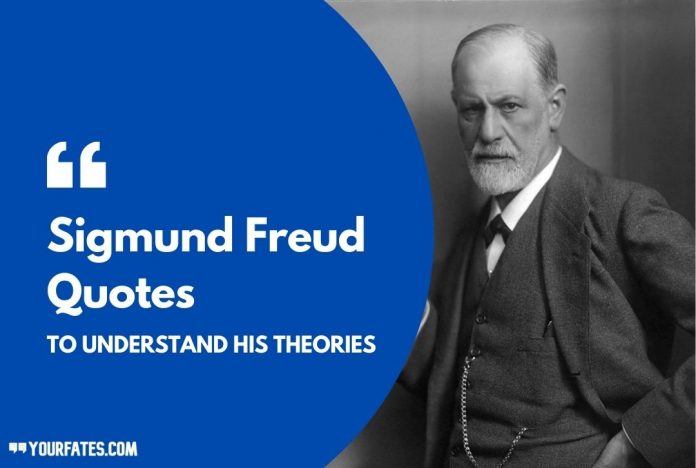 “Out of your vulnerabilities will come your strength.”- Sigmund Freud.

Brain is complex even for the owner of the brain, let alone the level of complexity that arises when someone tries to understand and solve someone else’s brain. Psychology is one of the most intriguing subjects of our world. It is complex but it forms the basis of every living life. Recently we have seen a rise in the critical cases arising from the problems of human psychology and the best way we have got to treat the problems related to human psychology is psychoanalysis. And today we are here to talk about the person who is known as the founder of psychoanalysis- Sigmund Freud. So here are some of the most amazing and famous Sigmund Freud Quotes and Sayings about human psychology, love, life, success, destiny, and much more.

Sigmund Freud was born on the 6th of May, 1856 in the Czech Republic. He was an amazing neurologist, philosopher, author, and the founder of psychoanalysis, which is the treatment commonly known as counseling given by a psychotherapist by talking to a patient. Psychoanalyzing is proving to be of much importance for humans with each passing day. It is a weapon against the illness related to the minds of people, unseen and difficult to understand.

So here are the best Sigmund Freud Quotes and Sayings to move a little closer to the mind of this amazing man:

He was a thinker and he was a great one. Thinkers are rare and valuable for the well-being of the whole world. Sigmund’s theories are important and influential. So immerse yourself in his words and have a great day ahead.

We hope you like these collections of Sigmund Freud Quotes. Also, If you’ve found us useful, please do consider telling your friends about it. All you have to do is send these quotes on WhatsApp and ask them to subscribe to us.