65 Famous Money Heist Quotes That Will Steal Your Heart 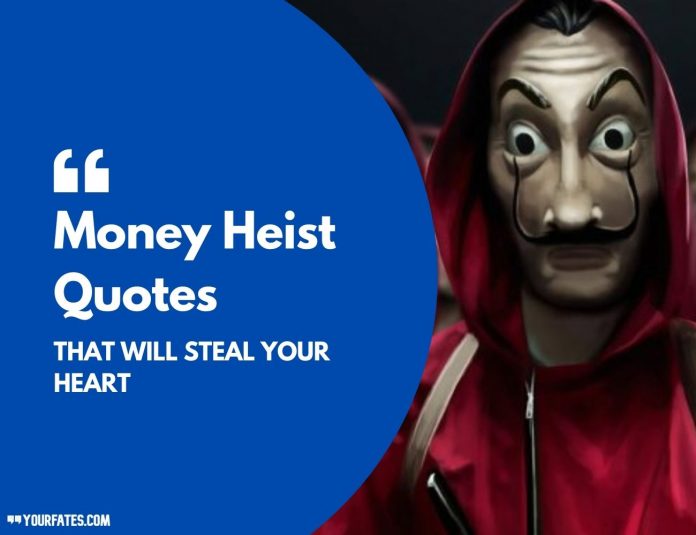 Once in a blue moon appears a movie or a series that sweeps the audience around the globe of their feet. It is true, that everyone has a different taste when it comes to entertainment but some concepts are loved by or better say are obsessed over by the majority of the audience. Money heist is one such series on Netflix. As soon as its first season came out in 2017, people went crazy over the big brain time of the professor. The series did not take much time to get out from Spain and make a mark on the global audience. So here we have brought the most famous Quotes from Money Heist or basically the dialogues of the character from the show, so enjoy these Money Heist Quotes and Sayings.

Originally known as “La Casa de Papel” in Spanish meaning the house of paper is a show which shows two heists by a group of people. You would be amazed to know that the viewers hate most of the characters rather than loving them. From Arturo to Gandia to Alicia, the actors have done a tremendous job in creating the most hated characters in the history of TV shows.

The show is also talked about so much because of the messy relationship among the people of the group who carried out the heists. It takes them only a second to raise guns to each other’s heads and it takes them another moment to put them back in their pockets and behave like a lovely family.

So here are the best Dialogues, Sayings, and Quotes from Money Heist, enjoy:

Professor Quotes: The mastermind and the heartthrob of the show. 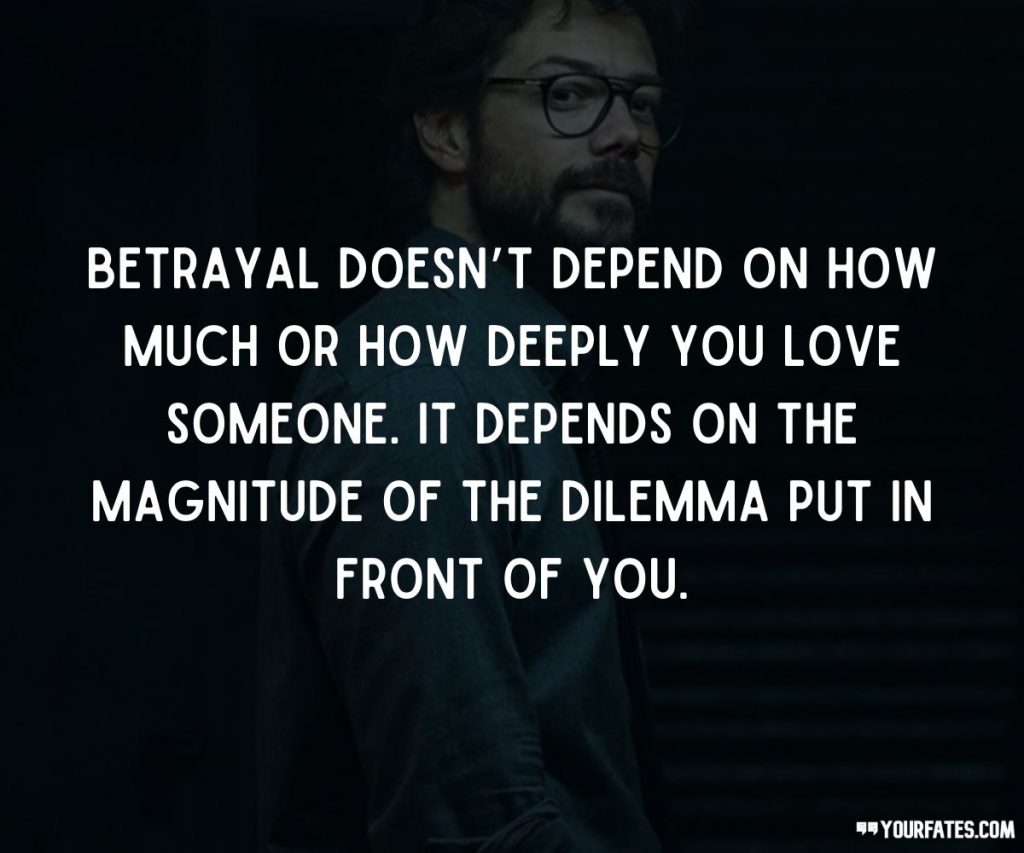 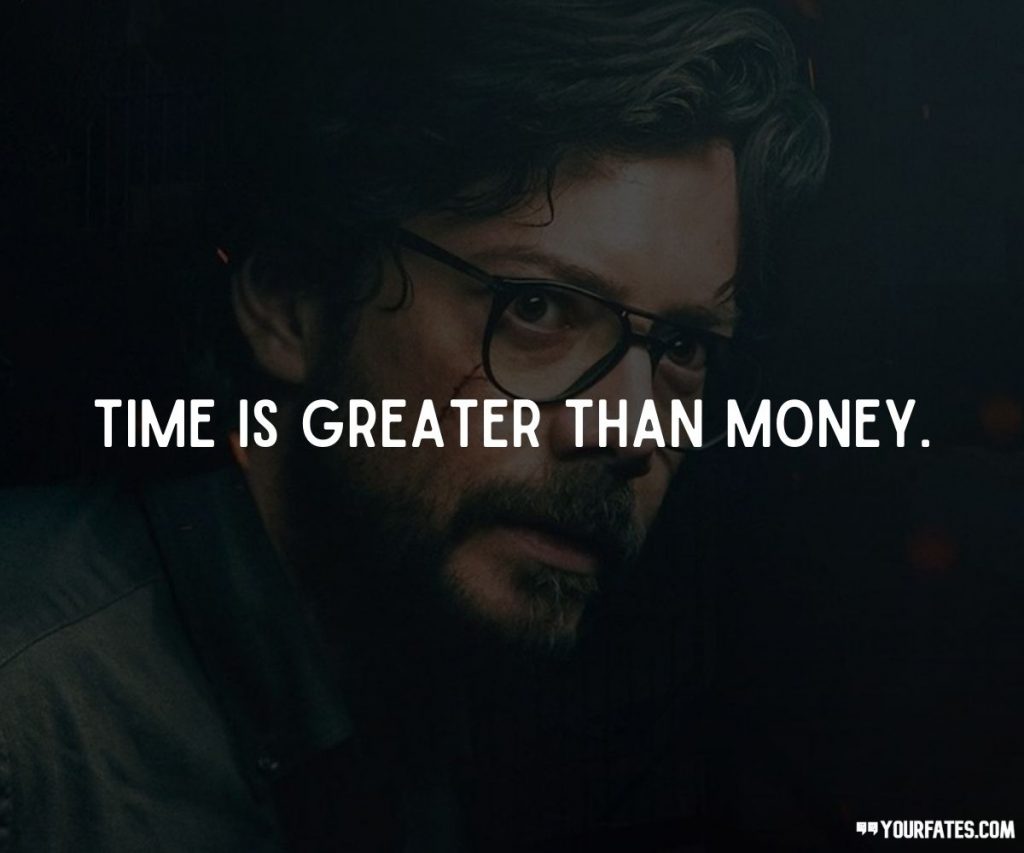 Berlin Quotes: We as viewers took some time to love him, but now that he is dead, the show had to come up with a throwback Berlin story to keep us happy. 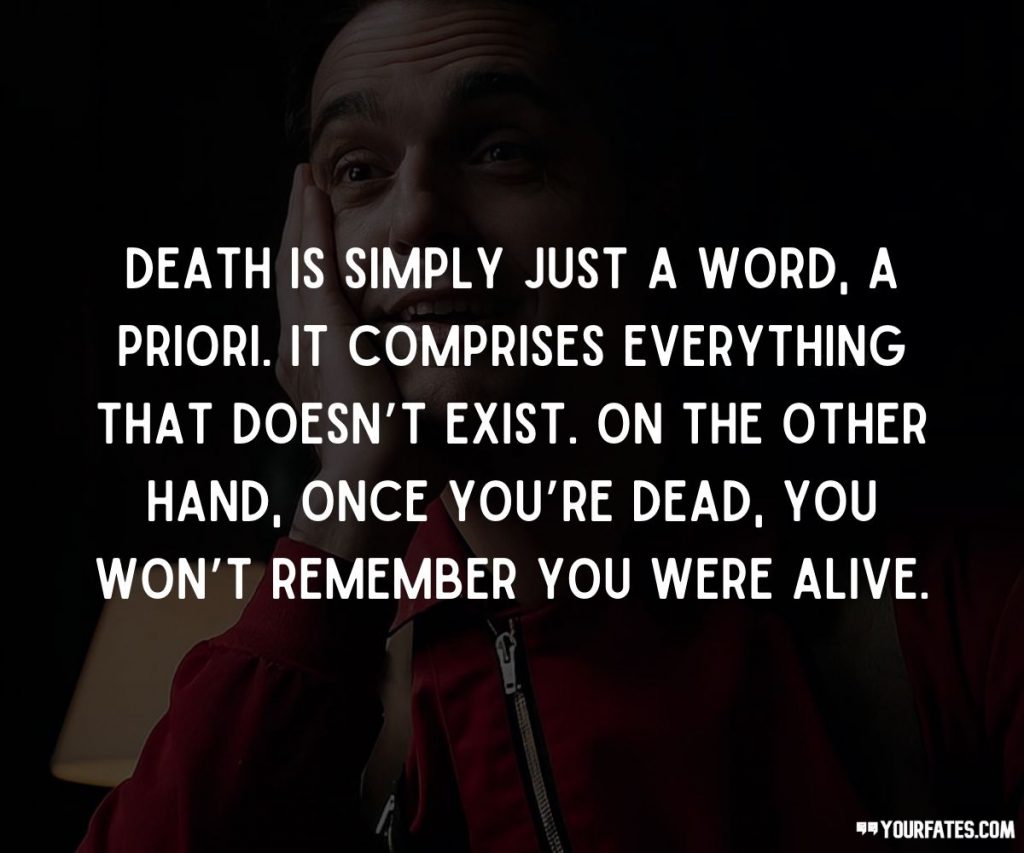 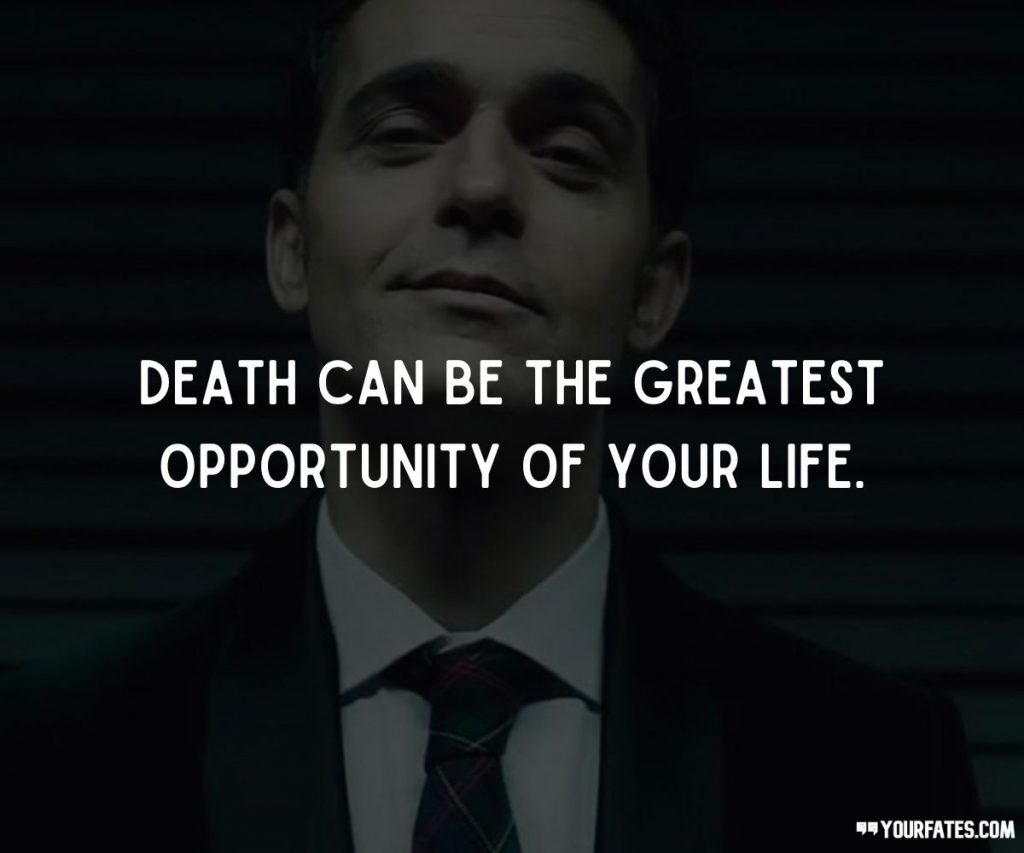 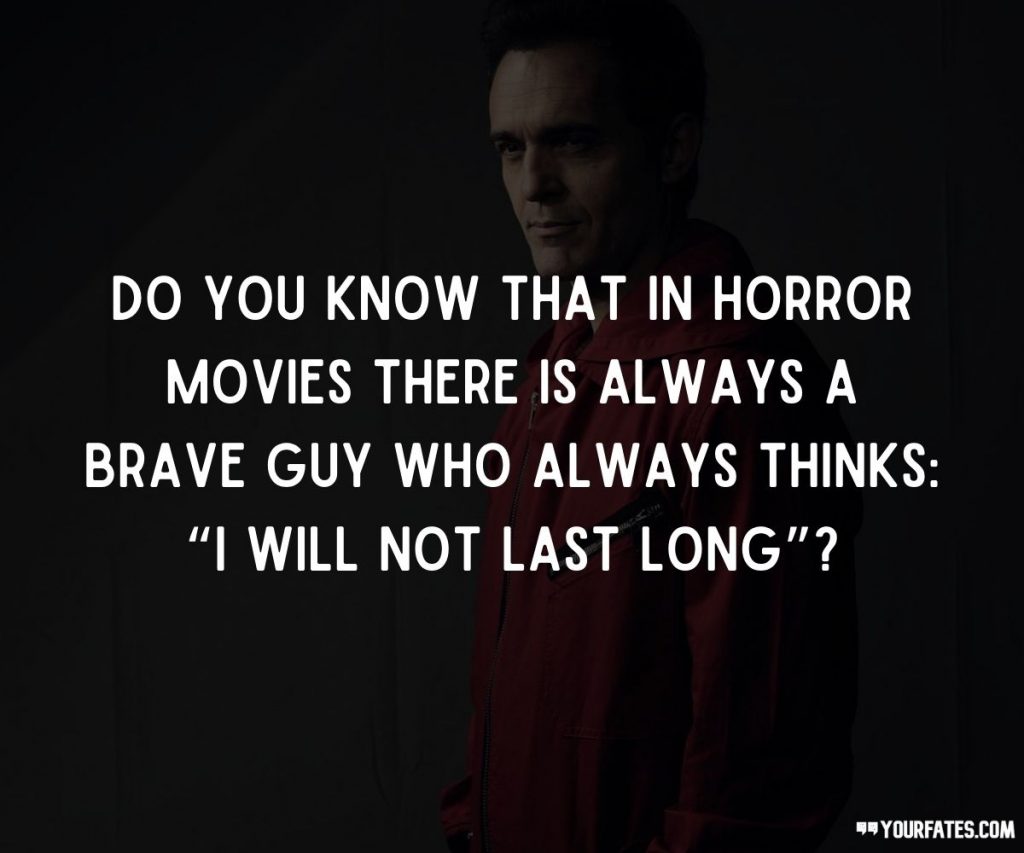 Tokyo Quotes: Irritating or sexy or both? You decide. 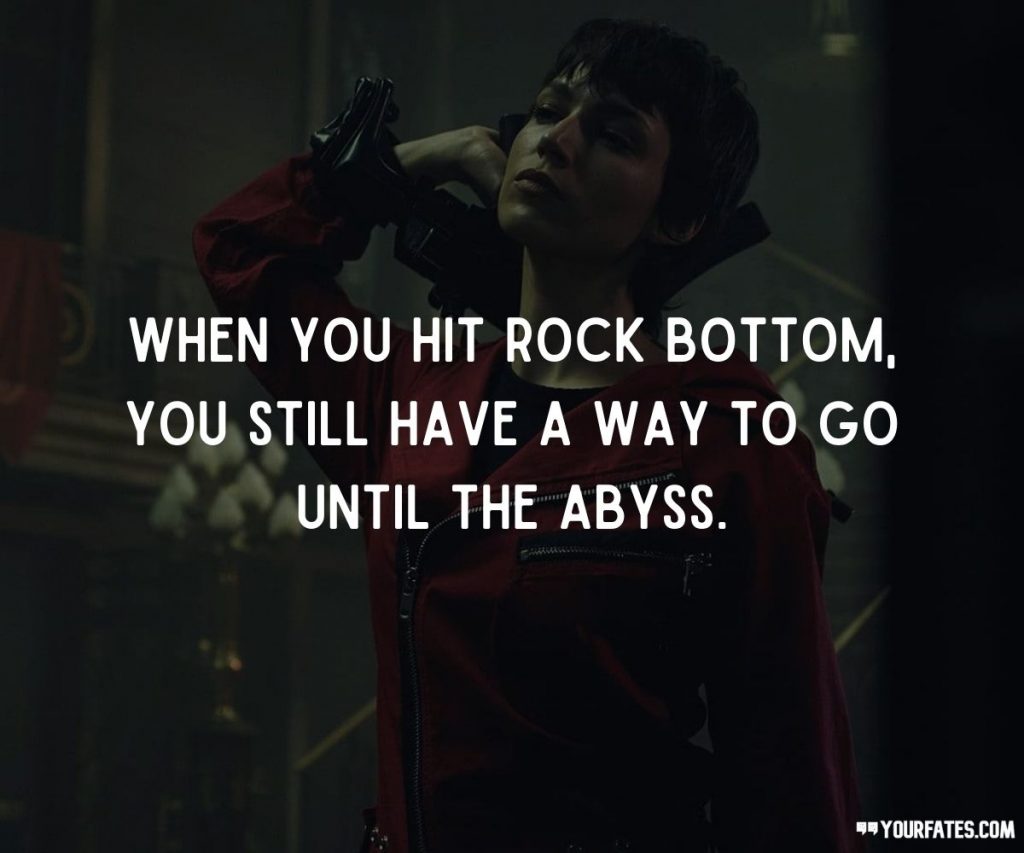 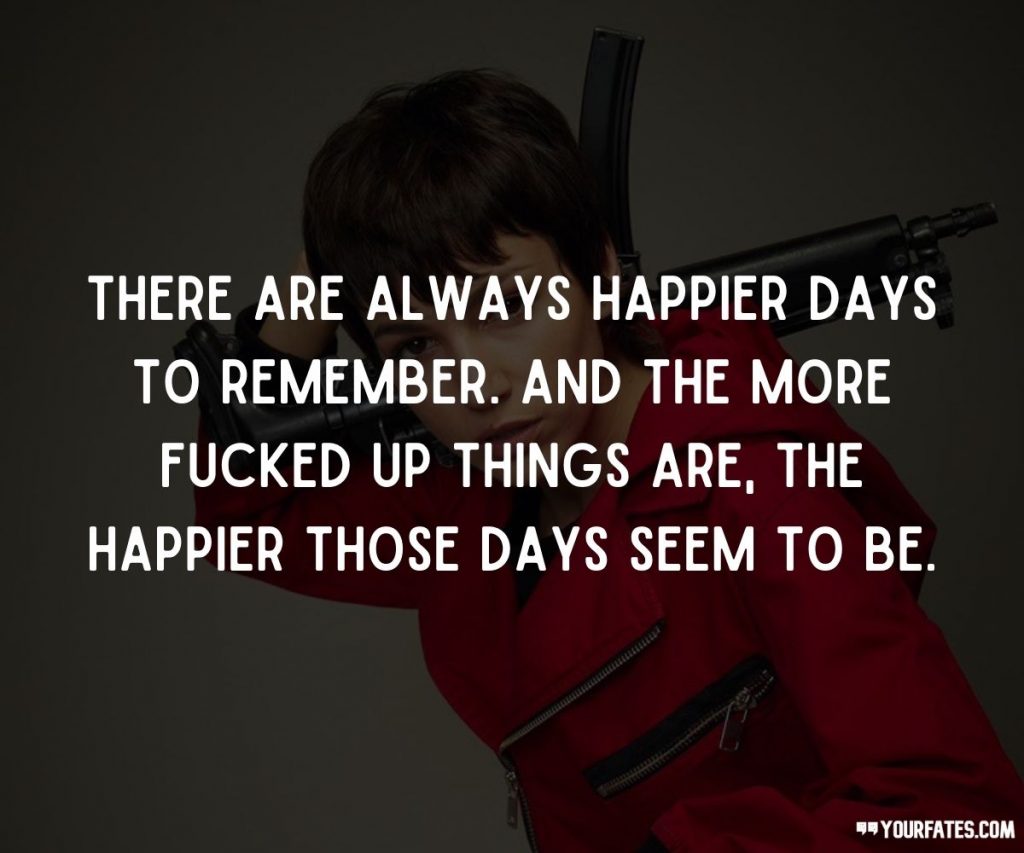 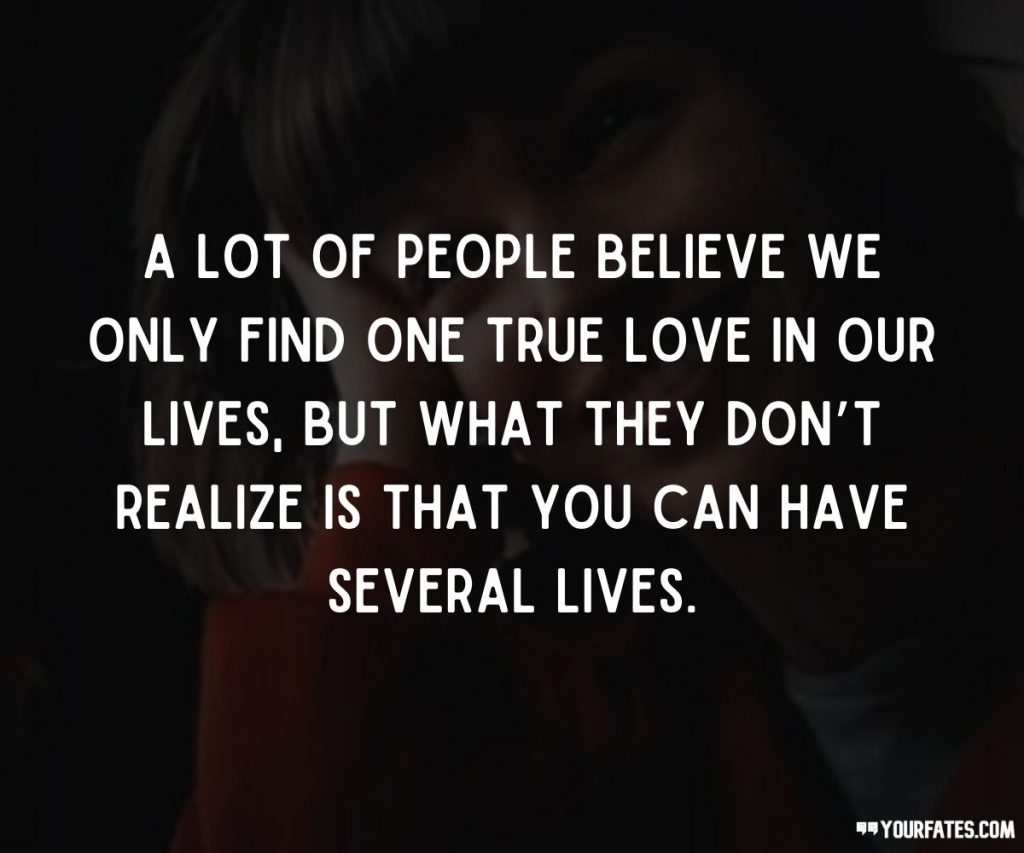 Nairobi Quotes: One of the few characters with a hint of a smart and steady brain. 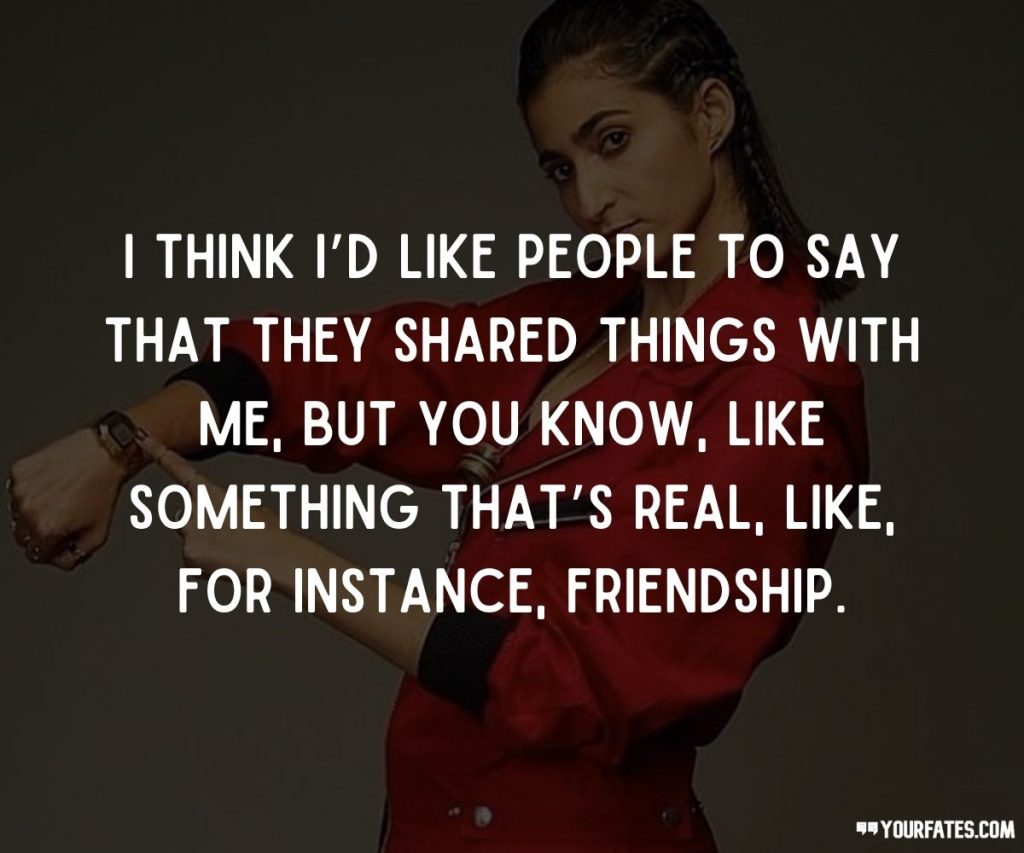 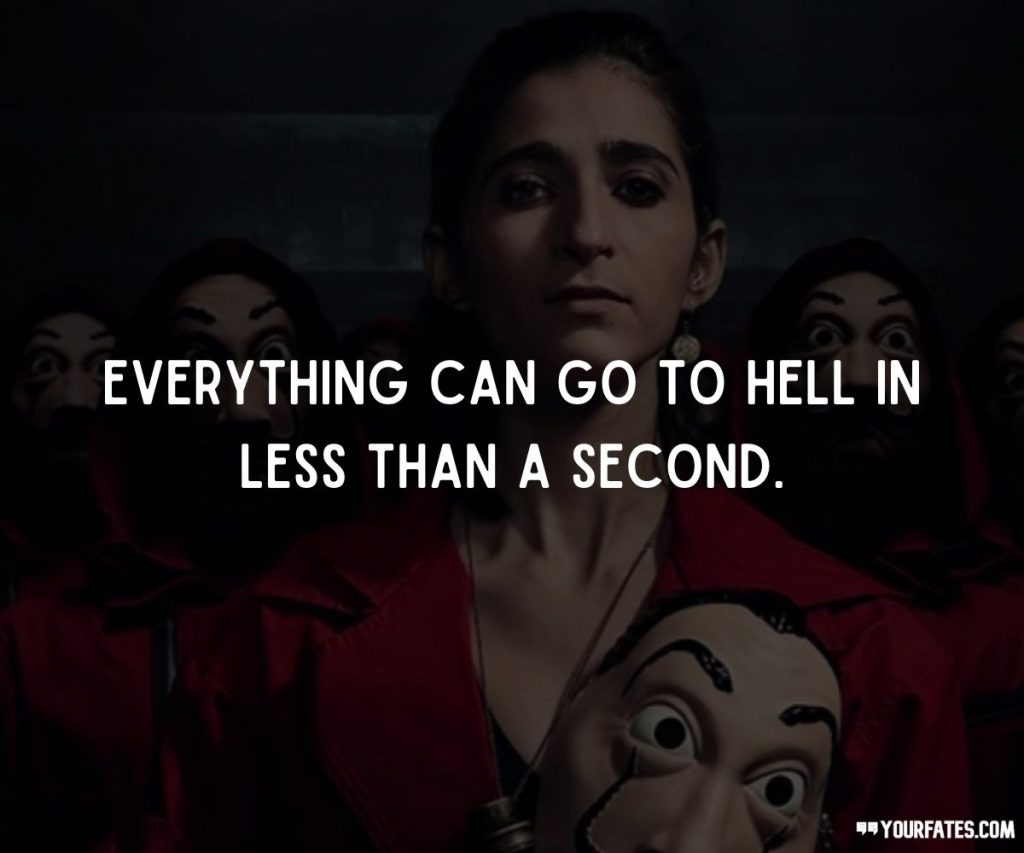 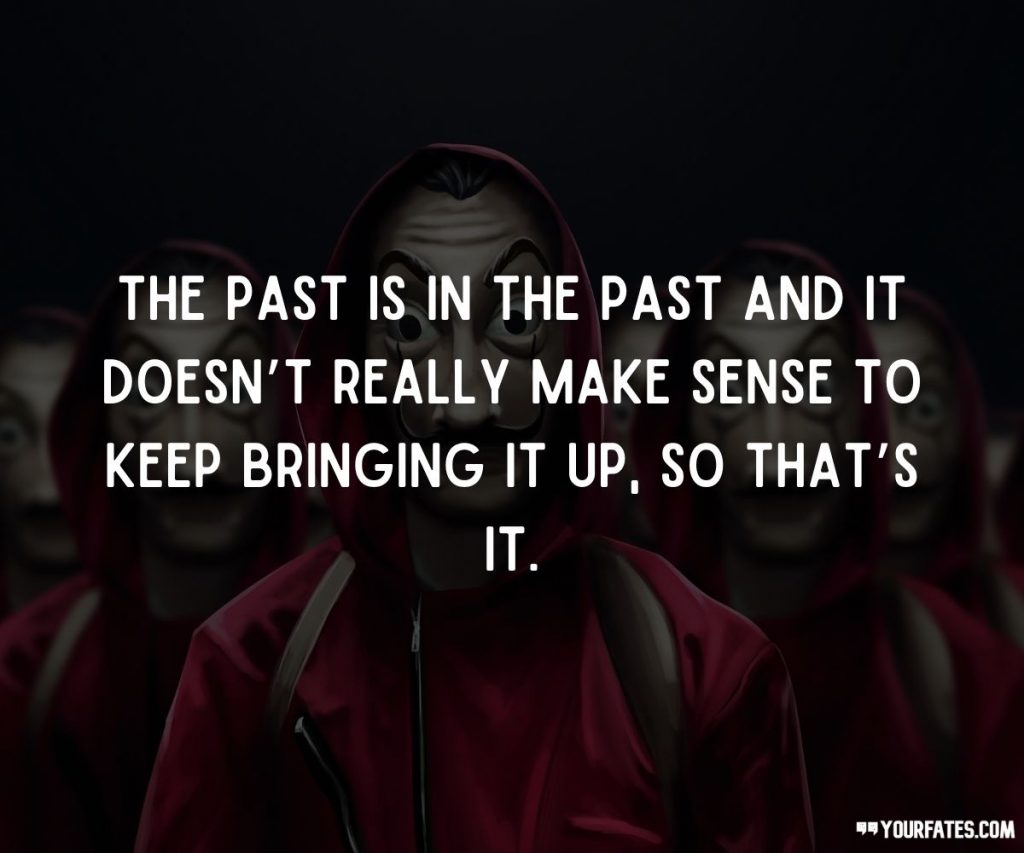 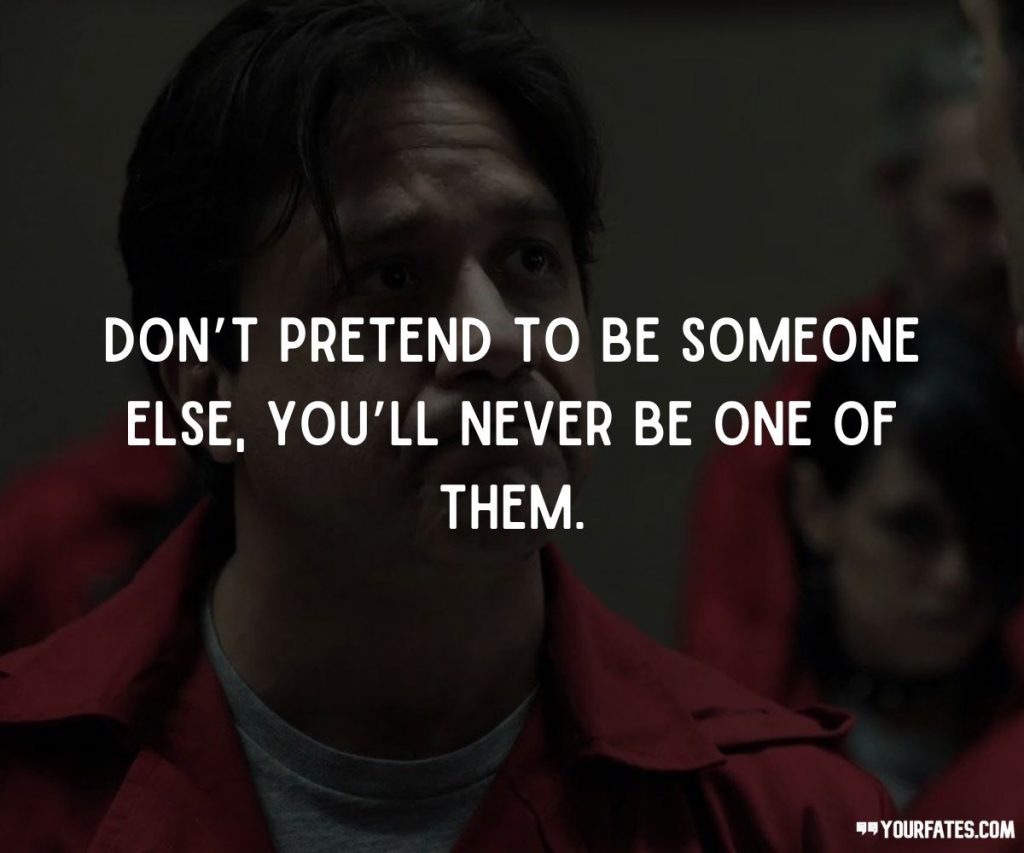 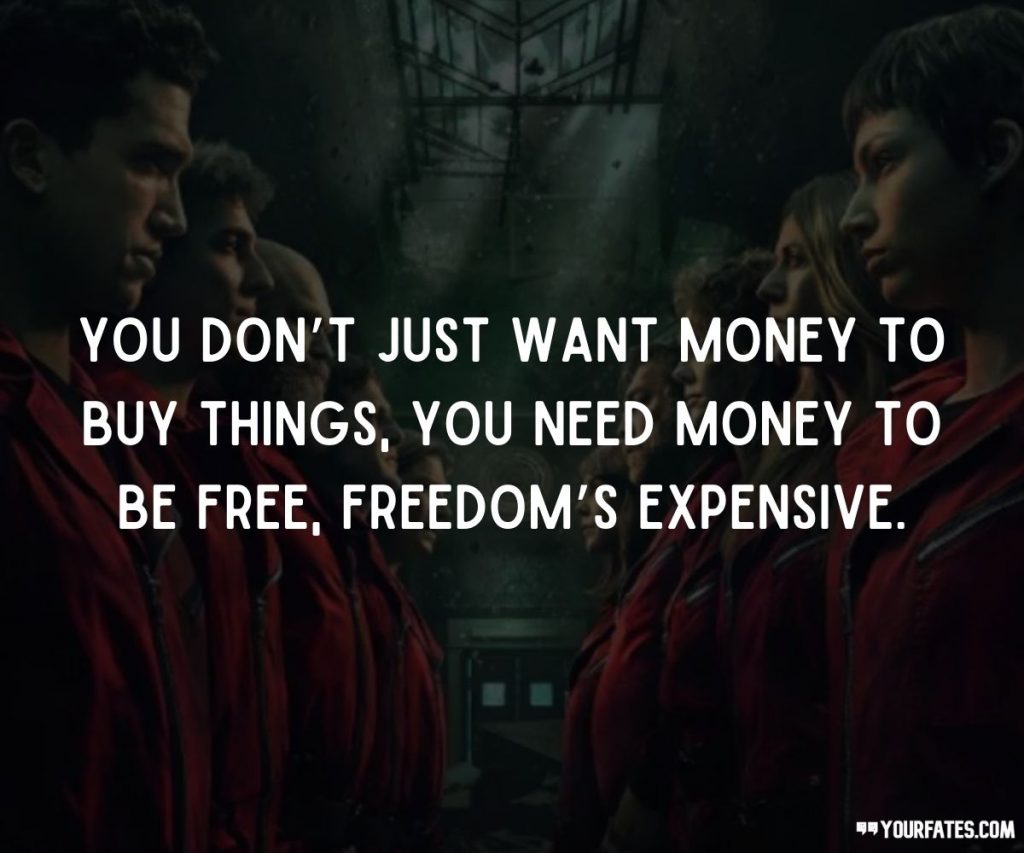 So these were the best dialogues from our beloved characters of Money Heist. If you have watched the show, you know the craze, if you have not, go ahead. It’s a treat.

We hope you like these collections of Money Heist Quotes. Also, If you’ve found us useful, please do consider telling your friends about it. All you have to do is send these quotes on WhatsApp and ask them to subscribe to us.

Previous article
Hannibal Lecter Quotes That Will Give You Goosebumps