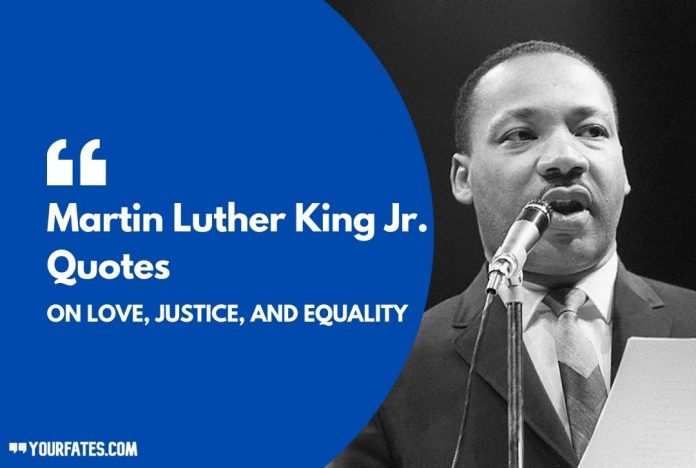 Diversities make our world beautiful. People don’t understand that if each one of us were same, life would have been boring. So they make the diversities ugly. But then there are people who take stands and fight for equal rights for every human. One such great personality of past who wanted equality and rights for everyone was Martin Luther King Jr. he was an intellectual and educated person who spread his wisdom based on his beliefs throughout his life. So we have brought his amazing words of wisdom today, here is the motivational collection of inspiring and powerful Martin Luther King Jr Quotes and Sayings to make your mind as empowered as his.

Martin Luther King Jr. was born on 15th of January 1929 in Atlanta Georgia. He was a Baptist minister, spokesperson and leader in American civil rights movement. The people of our world have seen a lot of discrimination in the past. Humans find differences which have no actual significance among people and then make them stand on pedestals of different heights of their choices. Some pedestals are sky tall and some are barely there. And the people standing on them have differences that they mostly have no control over like race, gender, religion, life choices, caste, financial situation, family background and the list can go on and on. King fought to smoothen out the pedestals.

So here are some strong and best of the Martin Luther King Jr Quotes and Sayings that will motivate you to establish peace in your mind at least, if not in world: 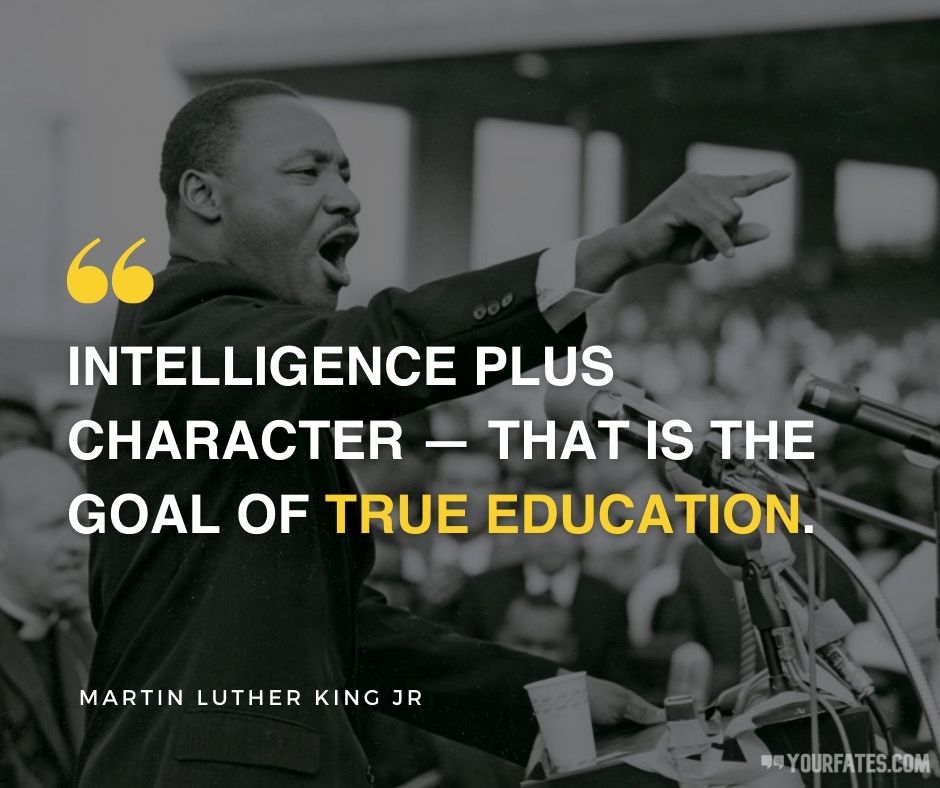 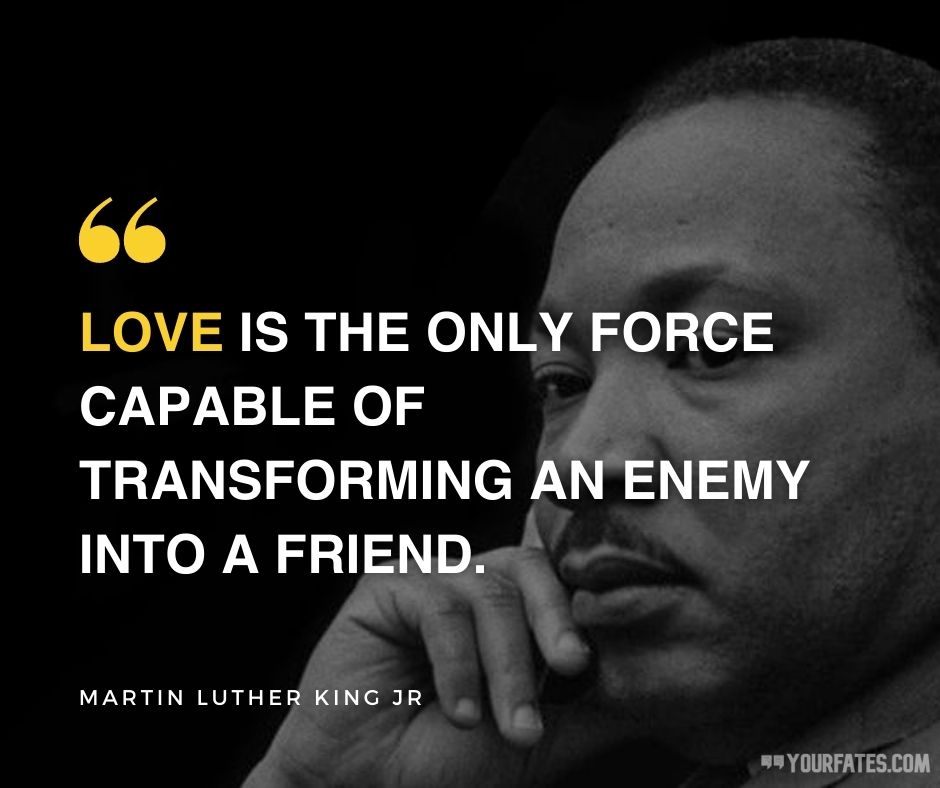 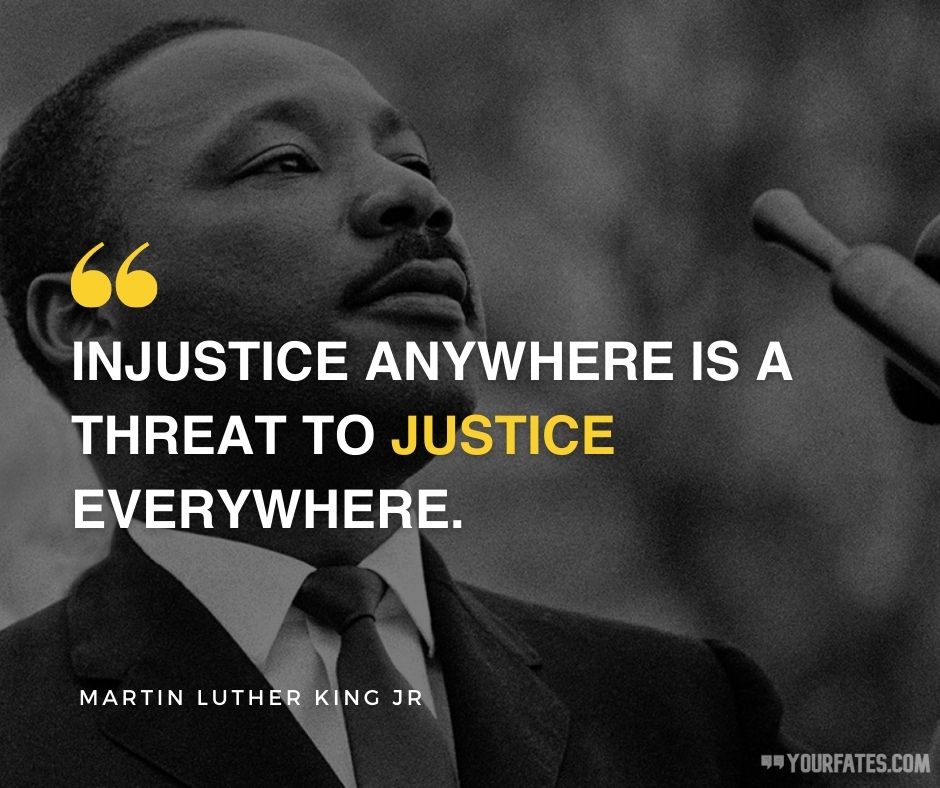 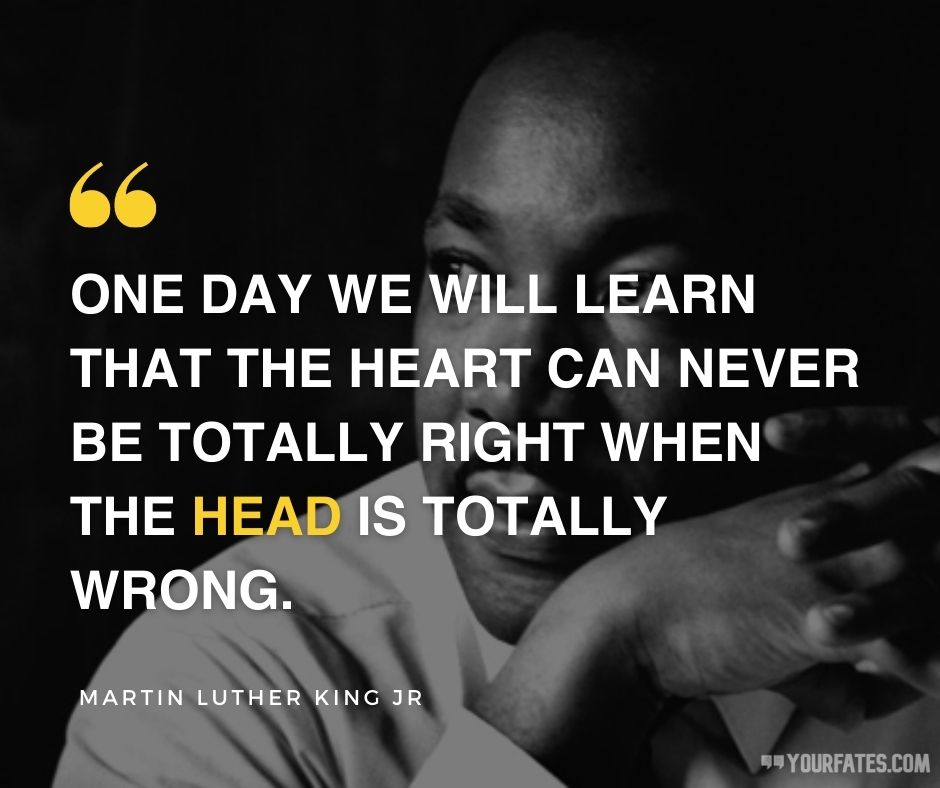 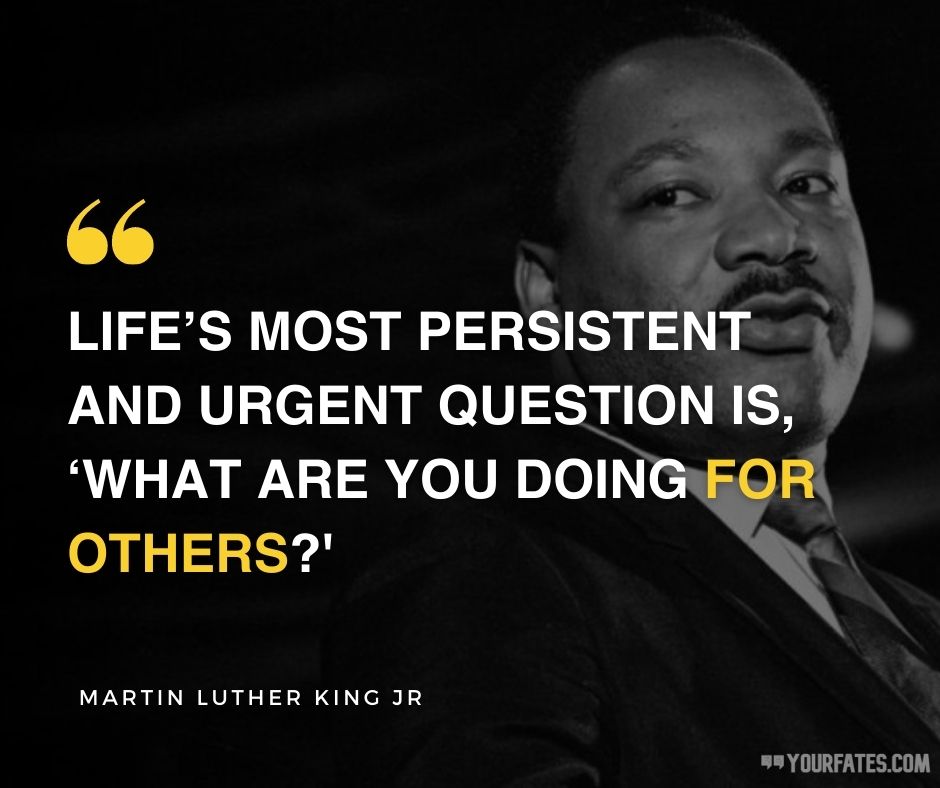 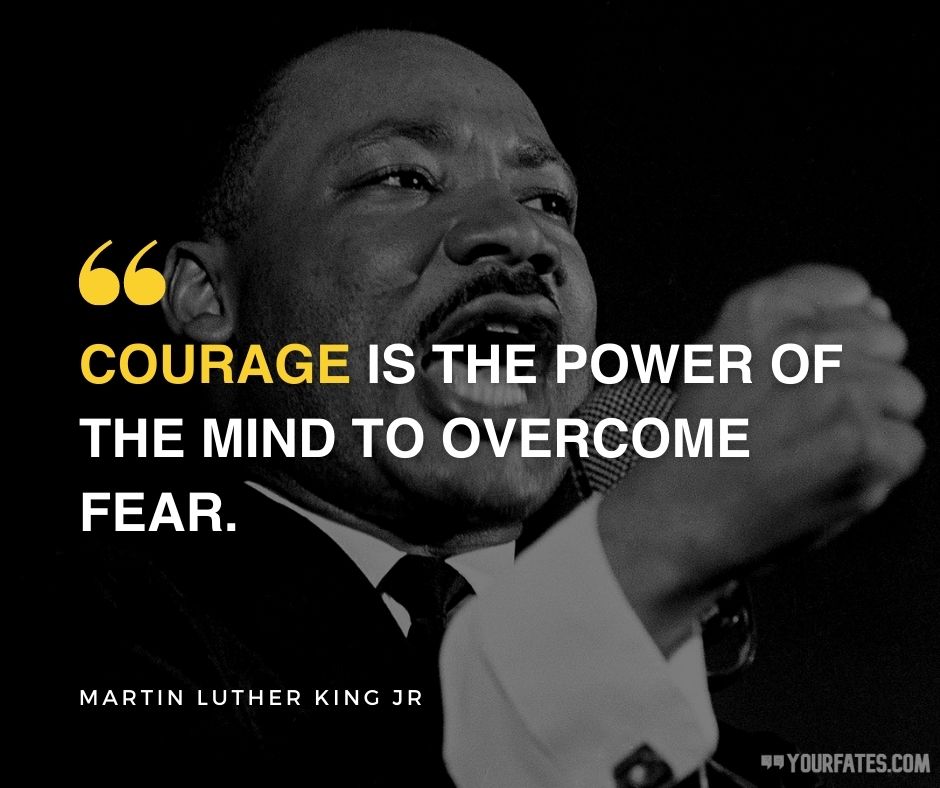 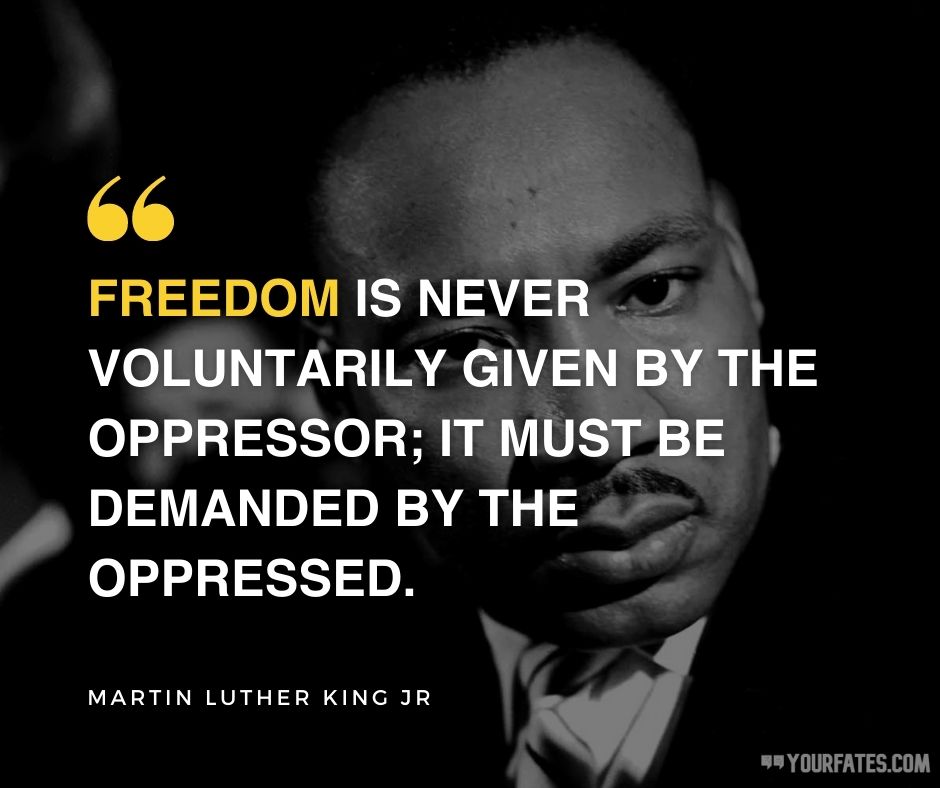 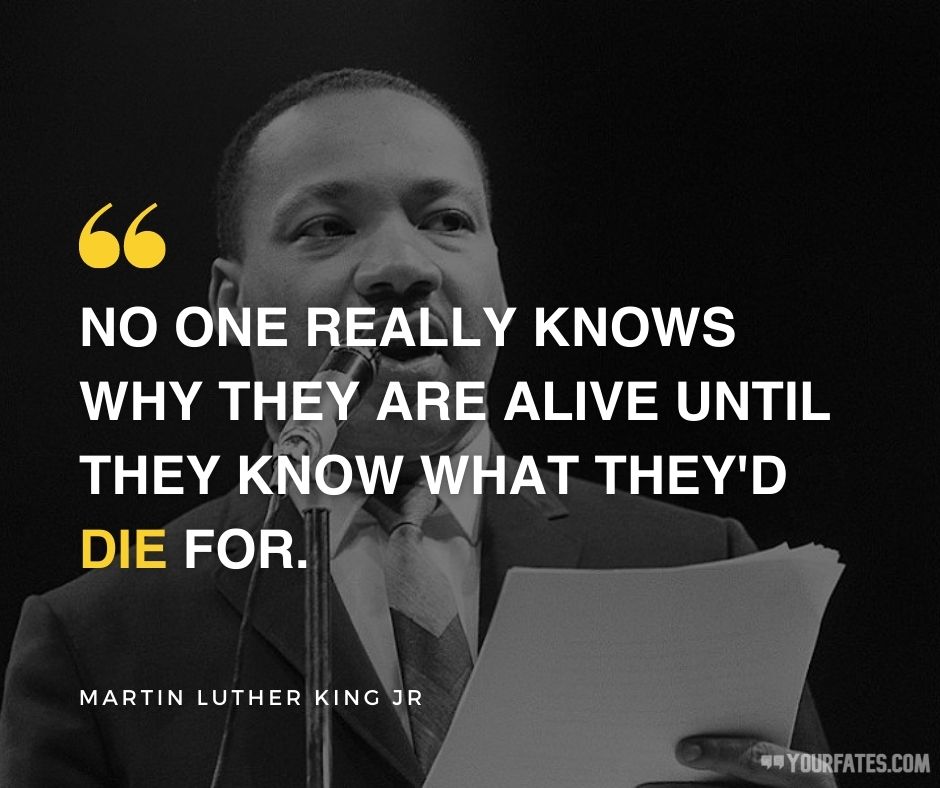 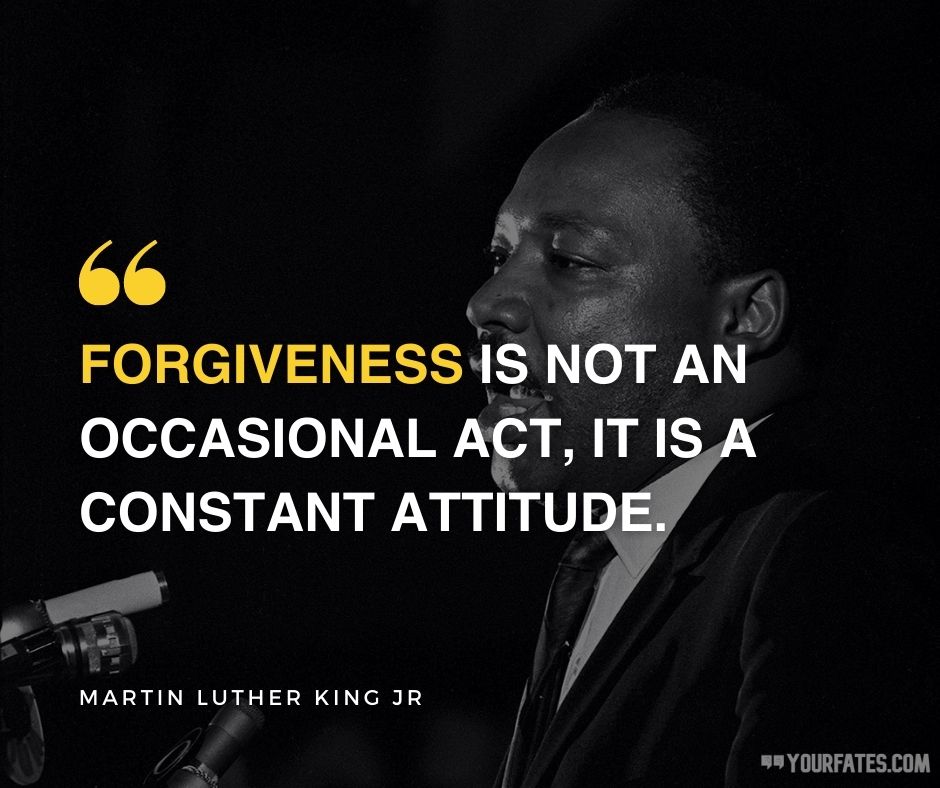 He worked towards the world peace through his beliefs in Christianity, Mahatma Gandhi, non-violence and disobedience. He tightened his grip of beliefs and worked towards peace of the world and won Nobel Peace prize for his contribution.

I hope you like these collections of Martin Luther King Jr Quotes and Sayings. Also, If you’ve found us useful, please do consider telling your friends about it. All you have to do is send these quotes on WhatsApp and ask them to subscribe to us.