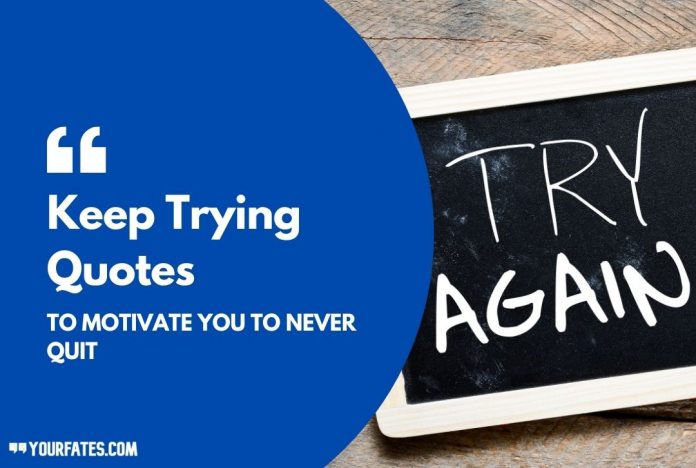 If it is easy, it is probably not that great. If it is great, it is probably not that easy. And then there are things in life that are too precious to be easy. And things that are easy are not even considered worth it mostly. The more we try the more victorious and joyful our success gets. So try and keep trying in the right direction and you will not regret it. And to help you in this journey of trying your level best, we have brought these Keep Trying Quotes, Sayings, and Messages. So be motivated and help the people around you to be motivated by sending them these quotes.

It is a human tendency. We value the things that are hard to achieve and easy things don’t even excite us. We might feel frustrated in the process of trying and trying, but it brings a thrill with it of working towards achieving the impossible-seeming; and once the hard work starts to pay off things become more and more rewarding and beautiful.

So here are these inspiring Keep Trying Quotes and Sayings for you and your people to fulfill that tough seeming dream of yours:

1. “Just because you fall once, doesn’t mean you’re fall at everything. Keep trying, hold on, and always trust yourself, because if you don’t then who will?”- Marilyn Monroe

2. “In the end, the only people who fail are those who do not try.”- David Viscott

5. “Do not fear failure but rather fear not trying.”- Roy T. Bennett 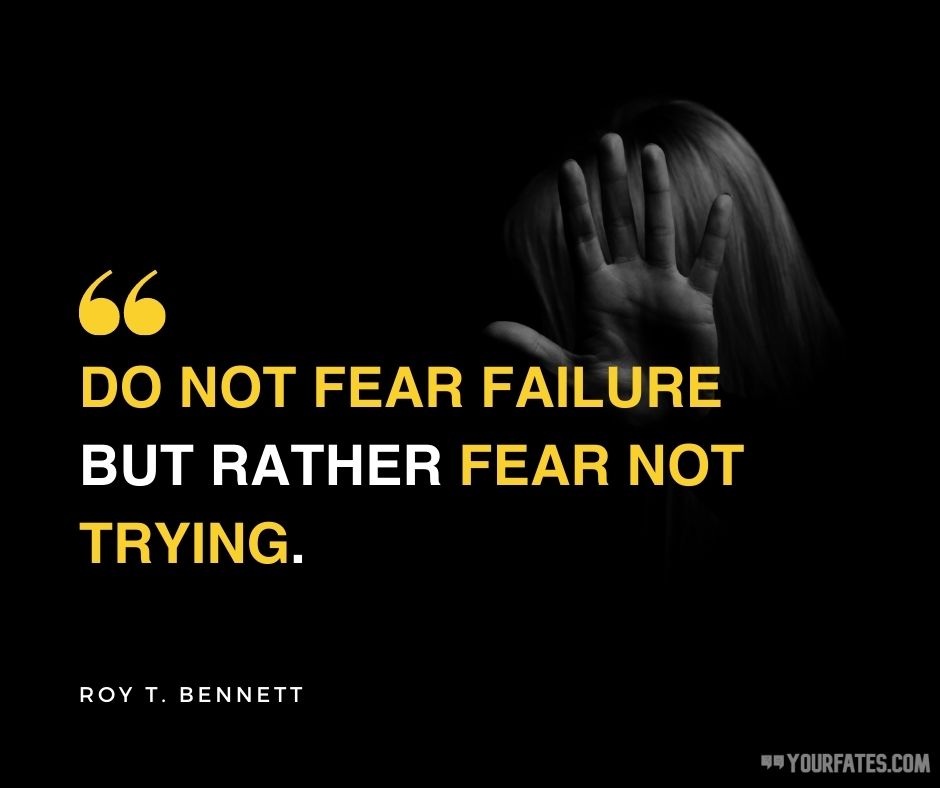 7. “Never be afraid to try something new because life gets boring when you stay within the limits of what you already know.”- Anonymous

8. “Life is inherently risky. There is only one big risk you should avoid at all costs, and that is the risk of doing nothing.”- Denis Waitley

9. “Never give up hope. All things are working for your good. One day, you’ll look back on everything you’ve been through and thank God for it.”- Germany Kent

10. “If you keep knocking, the door will eventually be open.”- Lailah Gifty Akita 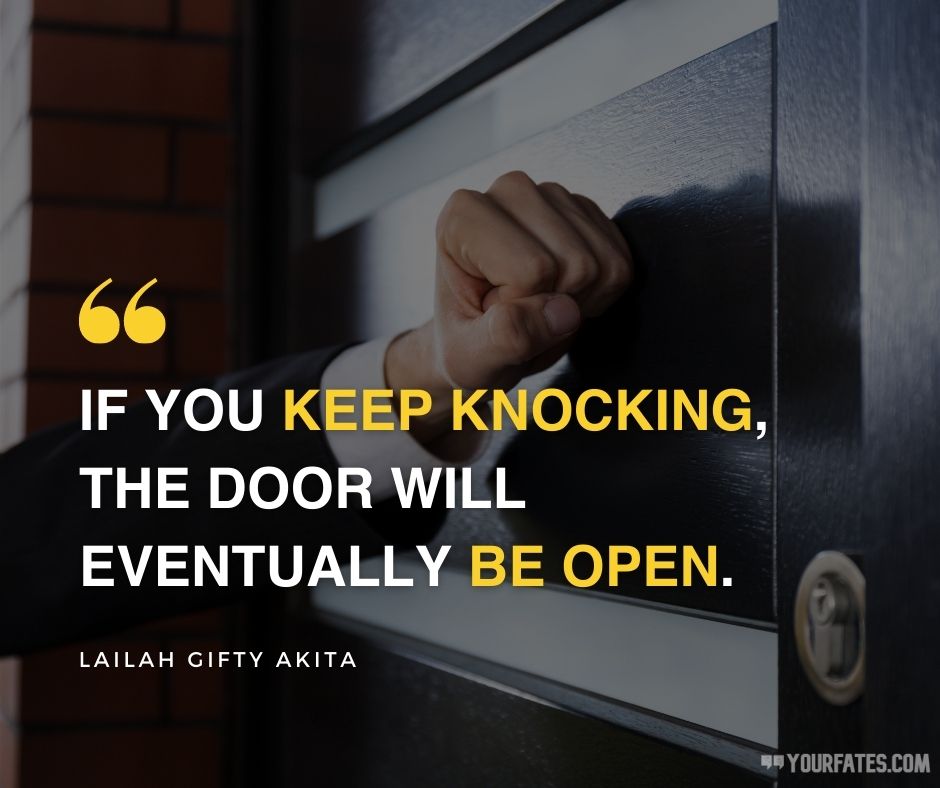 11. “To be yourself in a world that is constantly trying to make you something else is the greatest accomplishment.”- Ralph Waldo Emerson

13. “There is no failure except in no longer trying.”- Elbert Hubbard

14. “The one who falls and gets up is stronger than the one who never tried. Do not fear failure but rather fear not trying.”- Roy T. Bennett

15. “Survival can be summed up in three words – never give up. That’s the heart of it really. Just keep trying.”- Bear Grylls 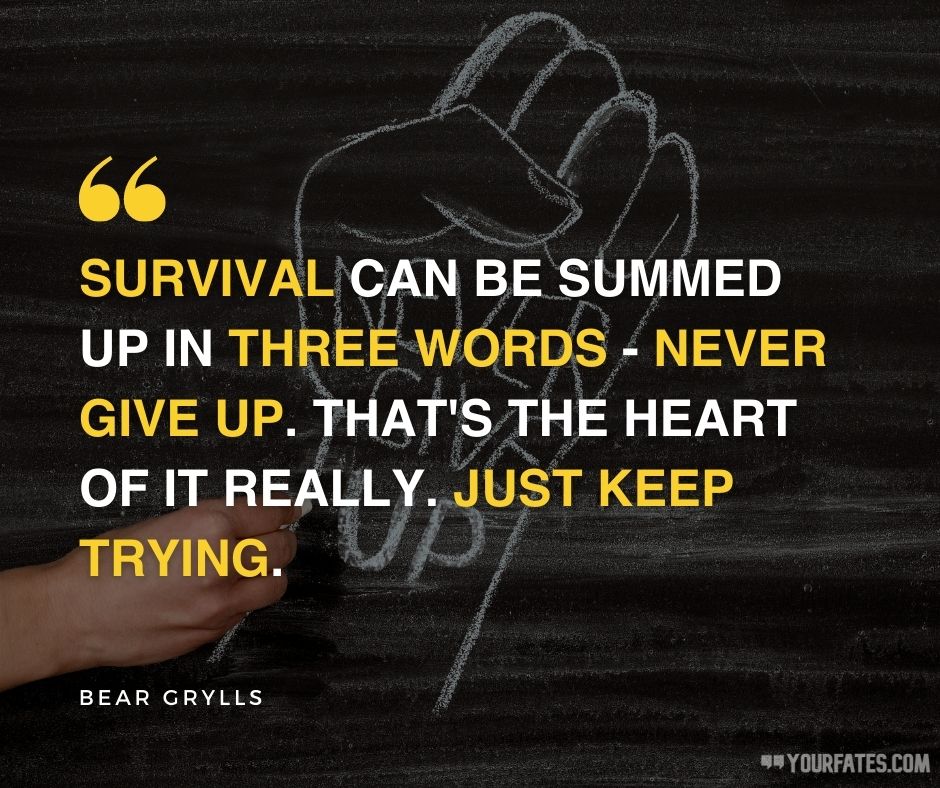 16. “Life is about taking chances, trying new things, having fun, making mistakes and learning from it.”- Anonymous

17. “He tried. That’s the big thing. He tried to do the best he could with what God gave him.”- Kurt Vonnegut

18. “We will all fail in life, but nobody has to be a failure. Failing at a thing doesn’t make you a failure. You are only a failure when you quit trying.”- Joyce Meyer

19. “Life doesn’t require that we be the best, only that we try our best.”- H. Jackson Brown

20. “Set your target and keep trying until you reach it.”- Napoleon Hill 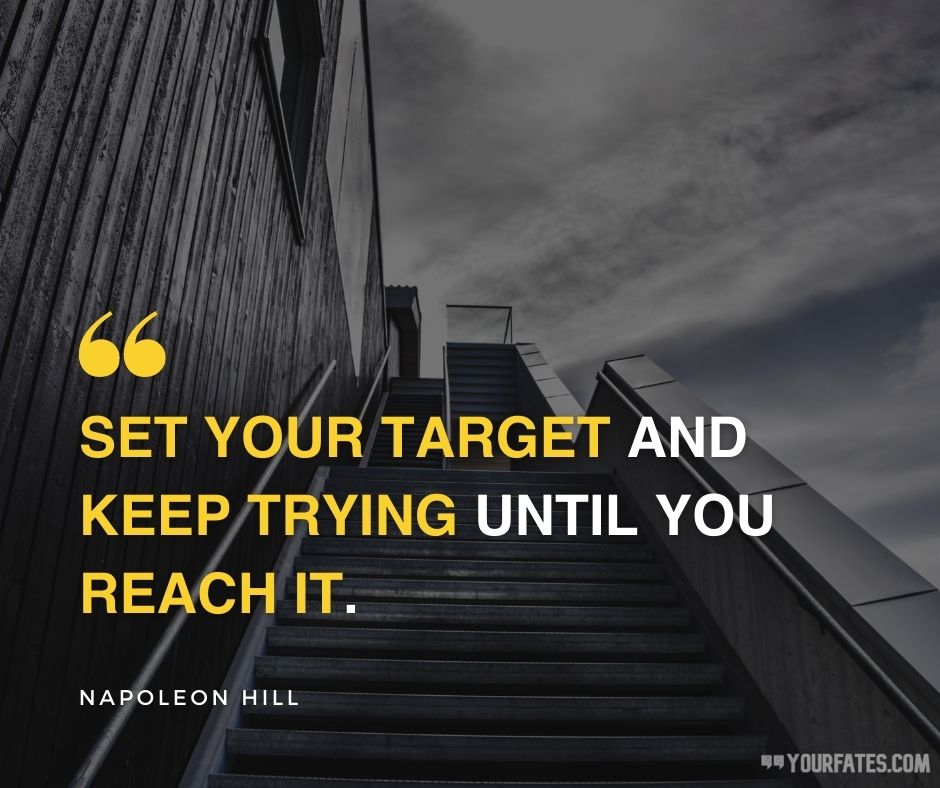 22. “Defeat is not the worst of failures. Not to have tried is the true failure.”- George Edward Woodberry

23. “Unless you open yourself up to trying new things, you can’t find what you love.”- Anonymous

25. “Just don’t give up trying to do what you really want to do. Where there is love and inspiration, I don’t think you can go wrong.”- Ella Fitzgerald 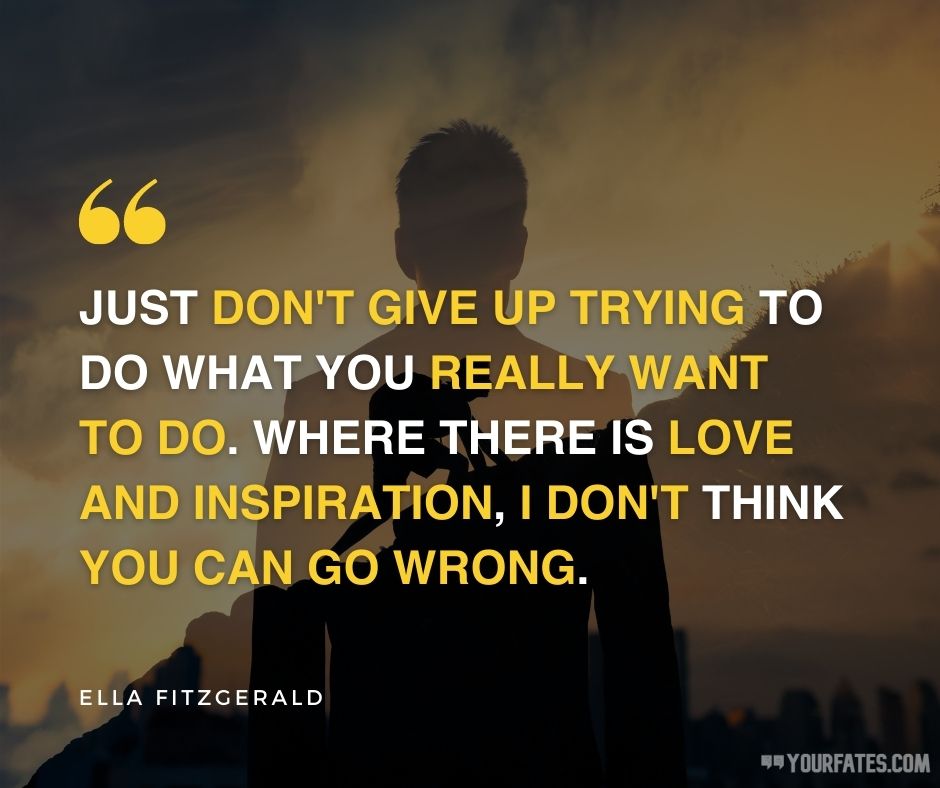 27. “Maybe the hardest part of life is just having the courage to try.”- Rachel Hollis

28. “Don’t let fear or insecurity stop you from trying new things. Believe in yourself. Do what you love. And most importantly, be kind to others, even if you don’t like them.”- Stacy London

29. “The only failure is not trying.”- Robin Sharma

30. “Try again; you have millions of alternatives. Fill yourself with the bullets of hope and you will kill failure with one shot.”- Israelmore Ayivor 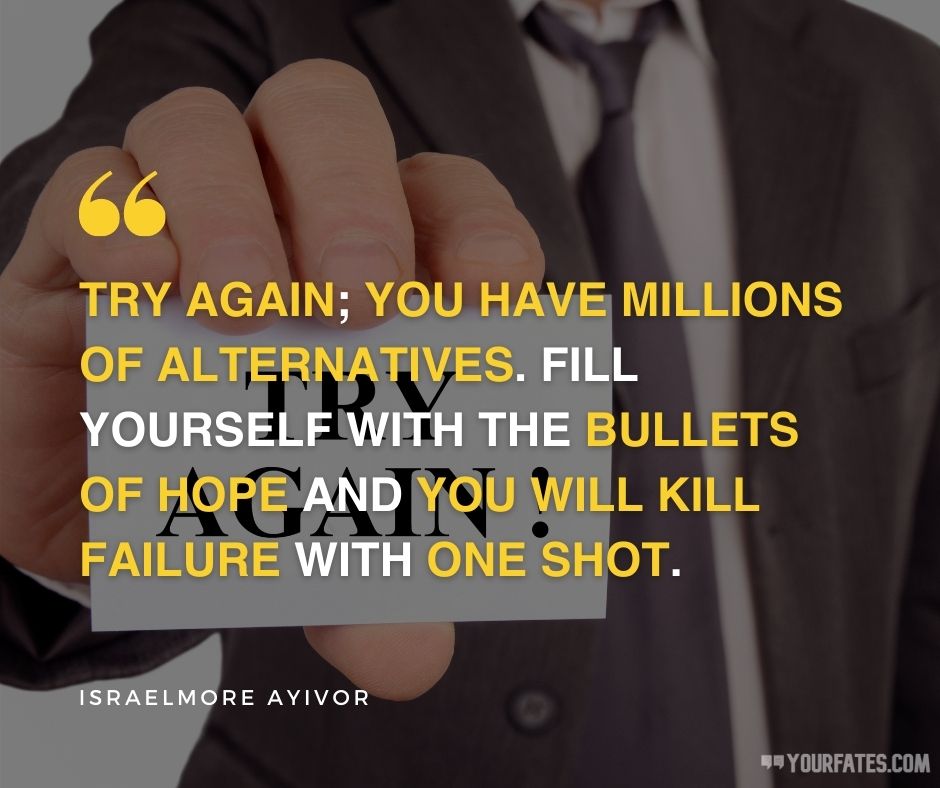 31. “Trying is a part of failing. If you are afraid to fail then you’re afraid to try.”- Mrs. Cunningham

32. “Take a chance! All life is a chance. The man who goes farthest is generally the one who is willing to do and dare.”- Dale Carnegie

33. “Trying new things is the only way you’re going to learn what your passions are.”- Lauren Skonieczny

34. “To live an art-filled life, one must be willing to try new things & accept that things change.”- Lee Hammond

35. “It is common sense to take a method and try it. If it fails, admit it frankly and try another. But above all, try something.”- Franklin D. Roosevelt 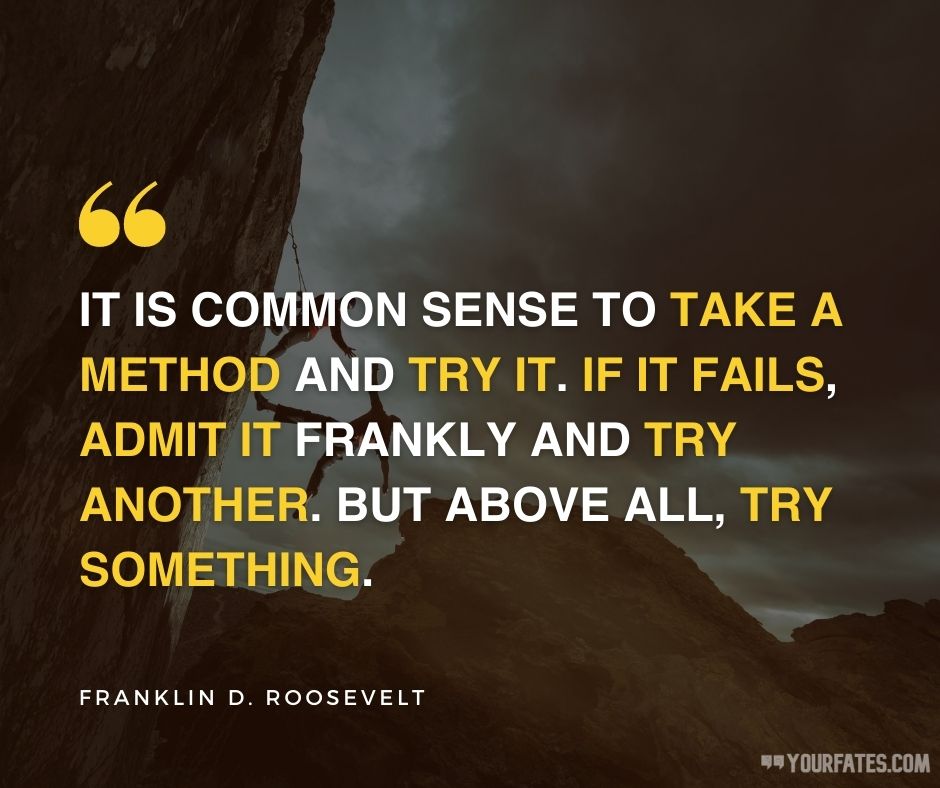 36. “Maybe the future is like rowing for shore. Your only choice is to try or give up.”- Kristen Chandler

38. “Most of the important things in the world have been accomplished by people who have kept on trying when there seemed to be no hope at all.”- Dale Carnegie

40. “Only those who dare to fail greatly can ever achieve greatly.”- Robert F. Kennedy 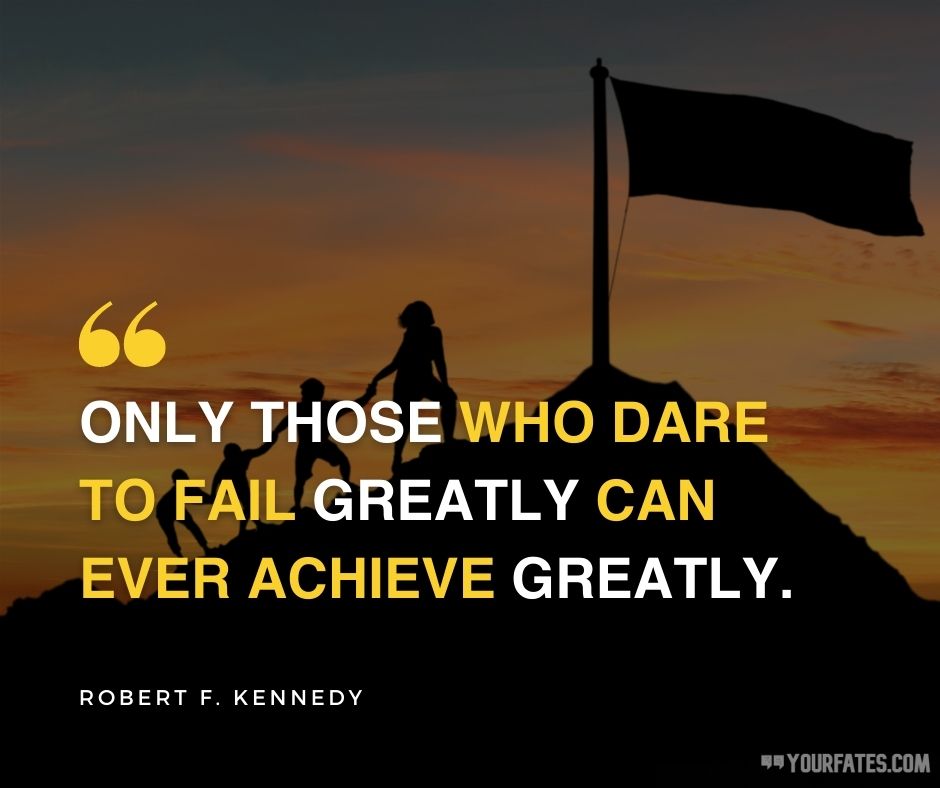 41. “Try, try, try, and keep on trying is the rule that must be followed to become an expert in anything.”- W. Clement Stone

42. “Our greatest weakness lies in giving up. The most certain way to succeed is always to try just one more time.”- Thomas Alva Edison

43. “The most important thing, in anything you do, is always trying your hardest, because even if you try your hardest and it’s not as good as you’d hoped, you still have that sense of not letting yourself down.”- Tom Holland

45. “A failure is not always a mistake, it may simply be the best one can do under the circumstances. The real mistake is to stop trying.”- B. F. Skinner 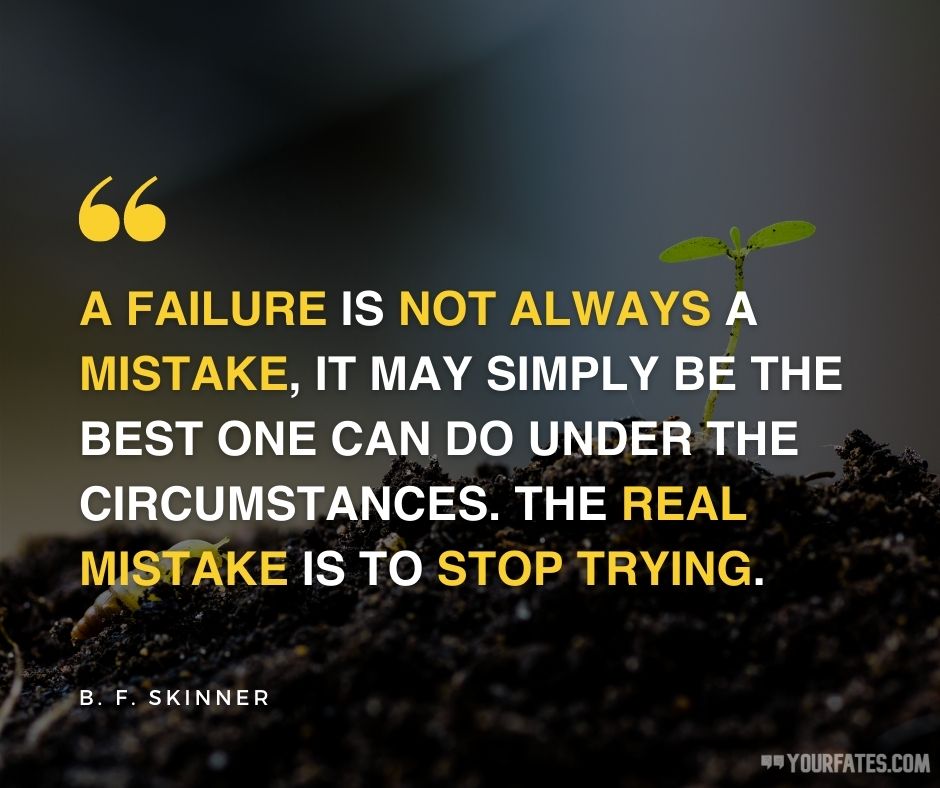 46. “I can accept failure, everyone fails at something. But I can’t accept not trying.”- Michael Jordan

49. “Most people can learn a lot more than they think they can. They sell themselves short without trying.”- Elon Musk

50. “It is impossible to live without failing at something, unless you live so cautiously that you might as well not have lived at all, in which case you have failed by default.”- J.K. Rowling 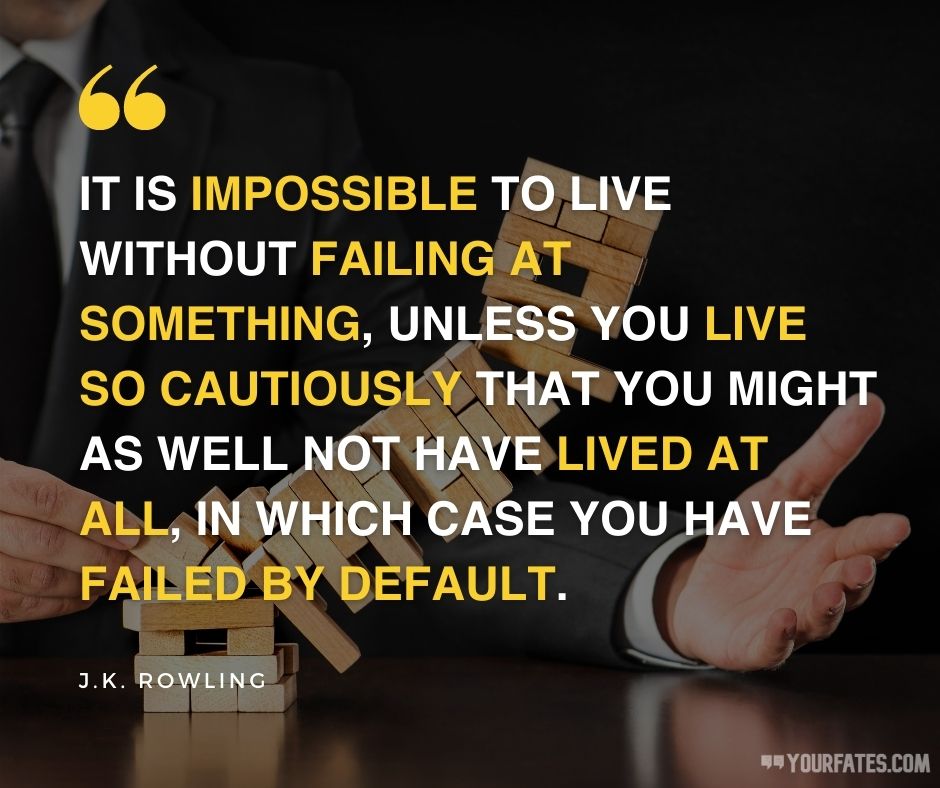 51. “I try. I am trying. I was trying. I will try. I shall in the meantime try. I sometimes have tried. I shall still by that time be trying.”- Diane Glancy

52. “Don’t limit yourself. Many people limit themselves to what they think they can do. You can go as far as your mind lets you. What you believe, remember, you can achieve.”- Mary Kay Ash

53. “If you are not willing to risk the unusual, you will have to settle for the ordinary.”- Jim Rohn

Trying should be our fetish in life because those who believe in themselves and keep giving chances to themselves for fulfilling their dreams, they succeed. So always remember, the bigger the dream is the more efforts you should put in. Keep smiling and achieve your small goals every day to achieve your sweetest dream.

We hope you like these collections of Keep Trying Quotes. Also, If you’ve found us useful, please do consider telling your friends about it. All you have to do is send these quotes on WhatsApp and ask them to subscribe to us.