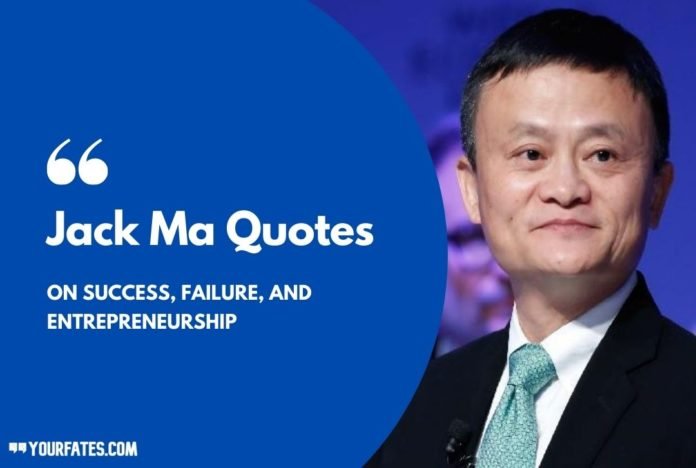 Do you know the story of the richest man in China, Jack Ma? Let’s look into the famous quotes by him to have a look at his journey and his learnings. We have brought you this amazing collection of Jack Ma Quotes about entrepreneurship, life, and success that will inspire you to never give up on your dreams.

Jack Ma was born on September 10, 1964, in Hangzhou. He was never good at studies. He failed twice in class fourth and thrice in class eighth. He also passed his graduation entrance exam after failing a lot of times. He even applied to Harvard 20 times but never found his way there.

He was always interested in learning the English language which was not so common in China at that time as Chinese was the major language.

He learned English on his own. He used to work as a tourist guide for Americans in Hangzhou where he got good at English. He also made a friend during this time who used to write letters to Jack.

Jack’s real name was Mayun. It was his American friend who gave him the name ‘Jack’.

After graduating, when Jack applied for jobs, he faced rejections there too. He was rejected for approx 30 jobs before being selected as an English teacher in a college.

Jack Ma went to America to meet his friend and there he encountered the Internet for the first time. Knowing the fact that Chinese businesses are not connected to the Internet, he realised that the Internet has a lot of potentials.

He founded an Internet page which failed because of lack of funding. But Jack Ma had never chosen to give up. He then founded Alibaba.com which is a billion-dollar company today.

Alibaba serves as a middleman between buyers and sellers. It has three main sites that are Tobacco, Tmall, and Alibaba that helps millions of businesses and millions of buyers. Jack Ma is the chairman of Alibaba.

Here’s the one for the founder of one of the world’s biggest e-commerce companies. 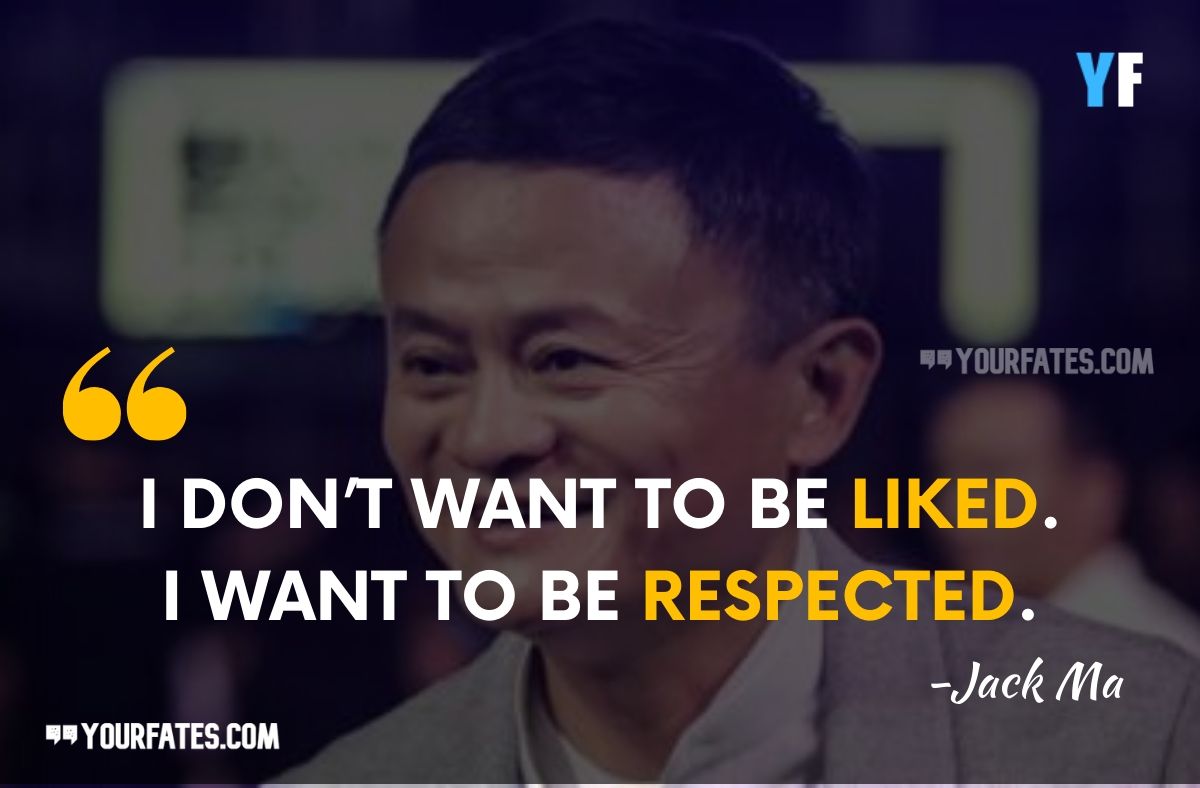 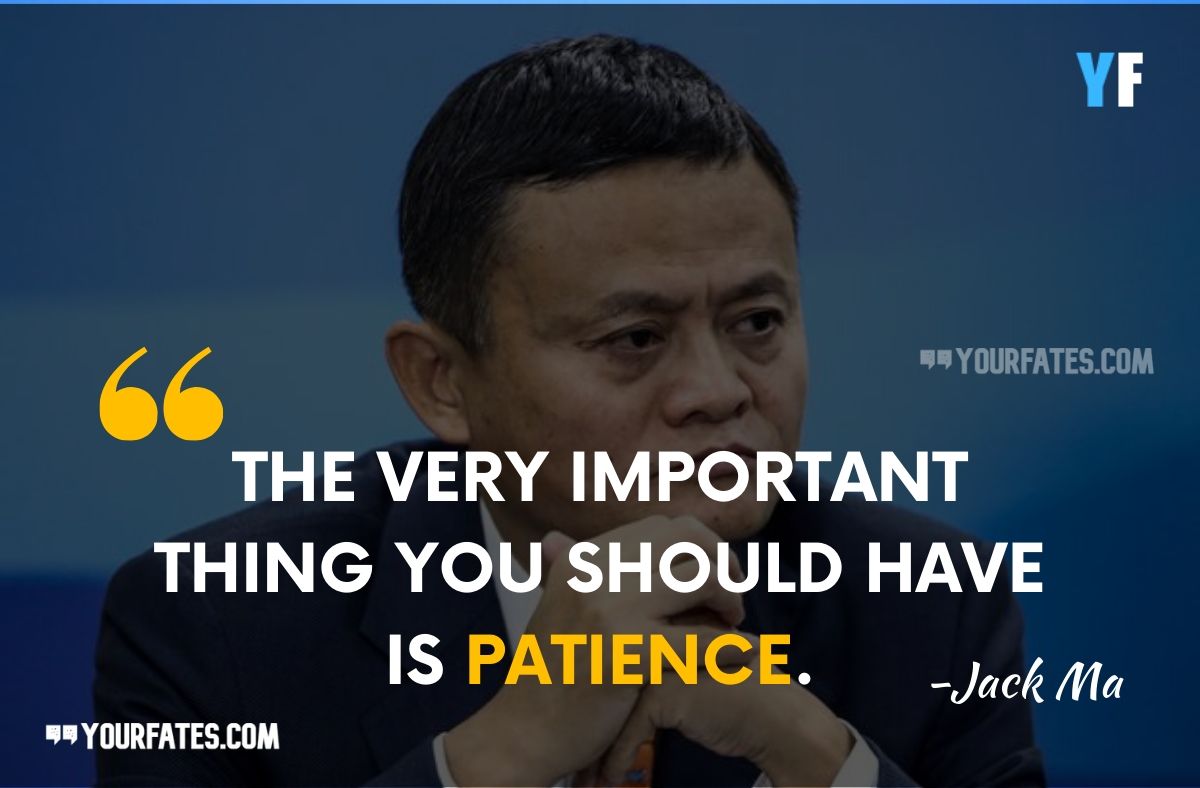 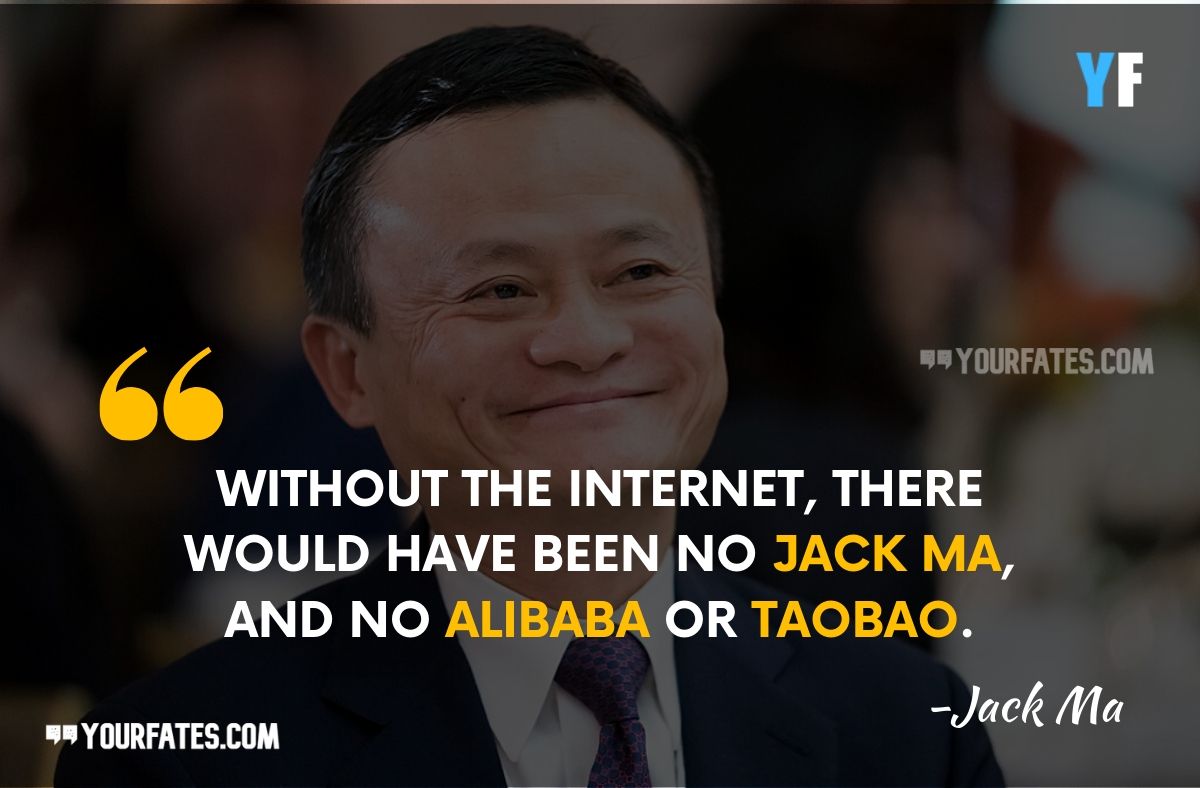 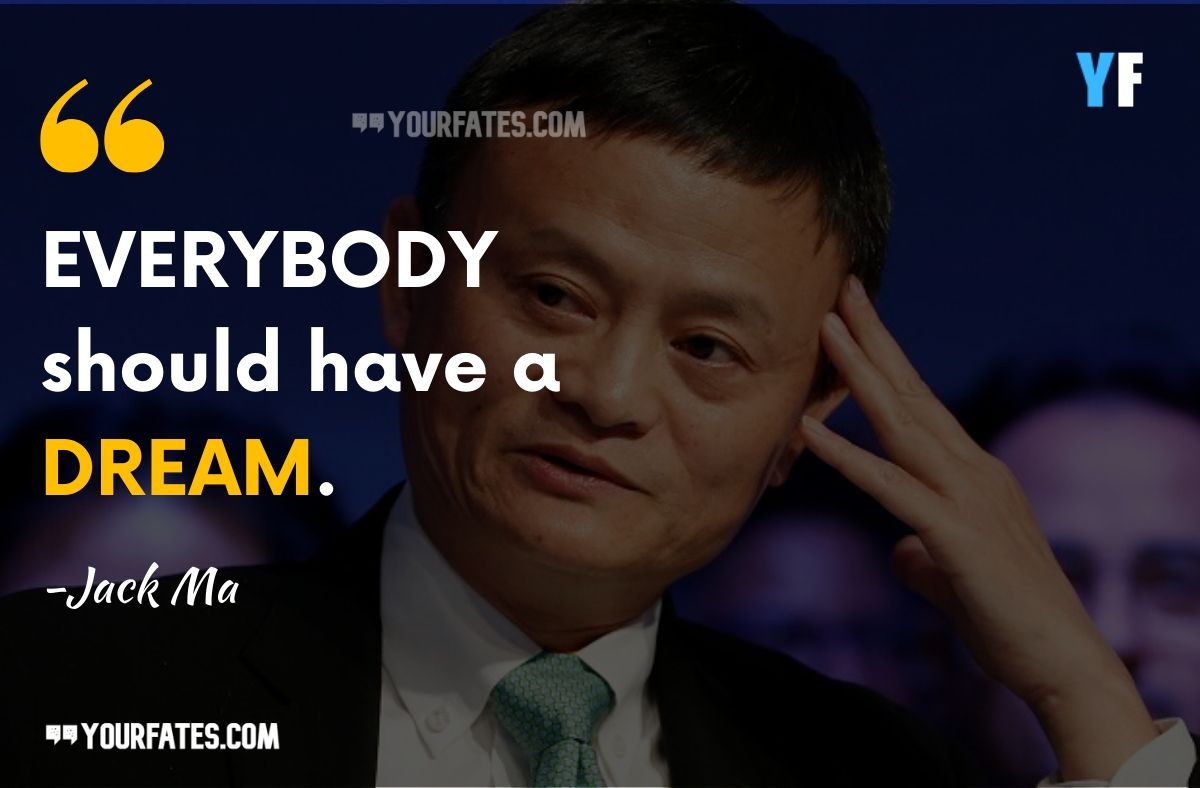 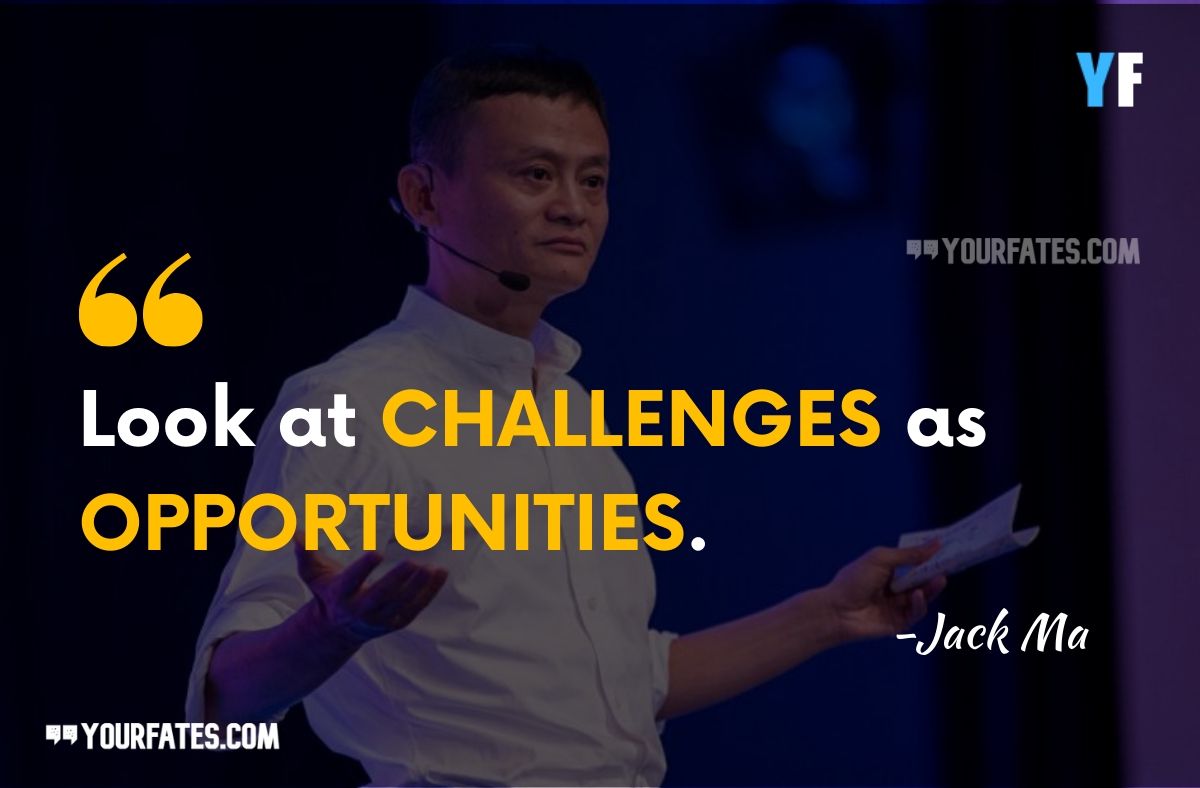 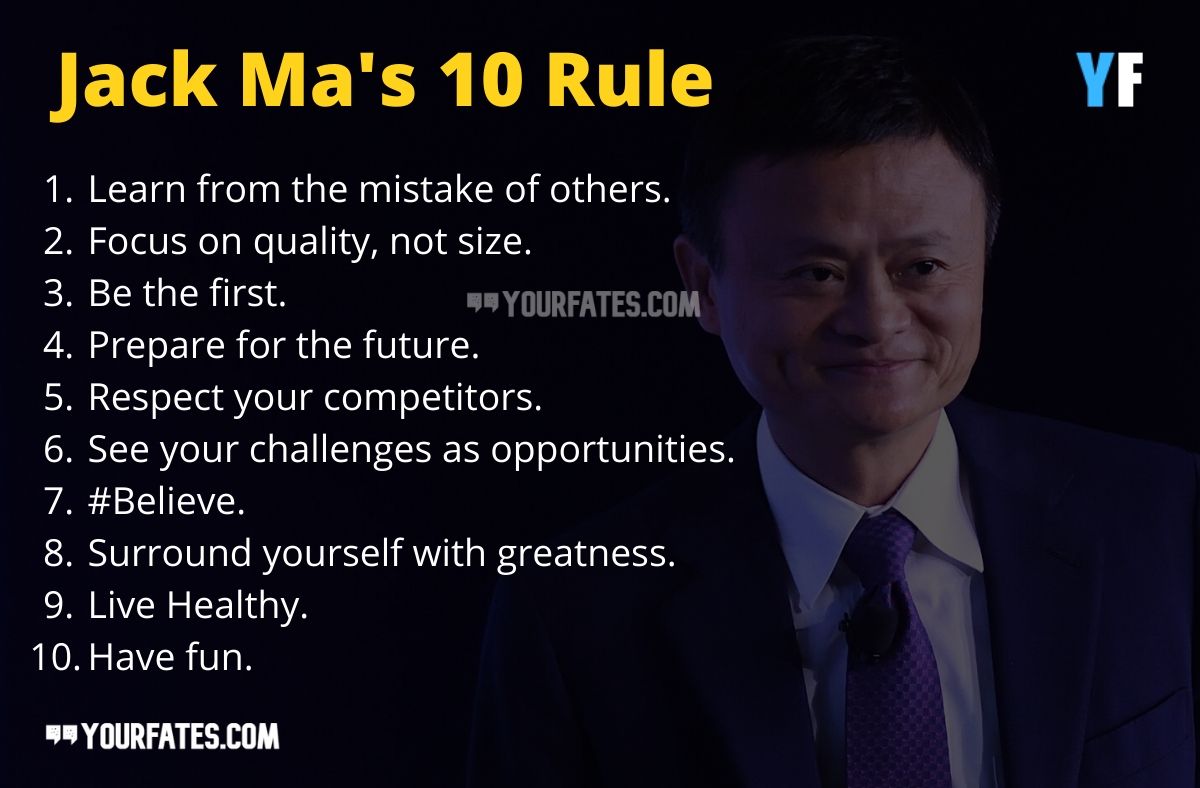 Even after failing again and again in every field, Jack Ma never thought to give up.
It is his warrior attitude that made him one of the richest men of the world.

We hope you have enjoyed these famous Jack Ma Quotes and get to learn a lesson about never giving up on your dreams. Also, If you’ve found us useful, please do consider telling your friends about it. All you have to do is send these quotes on WhatsApp and ask them to subscribe to us.