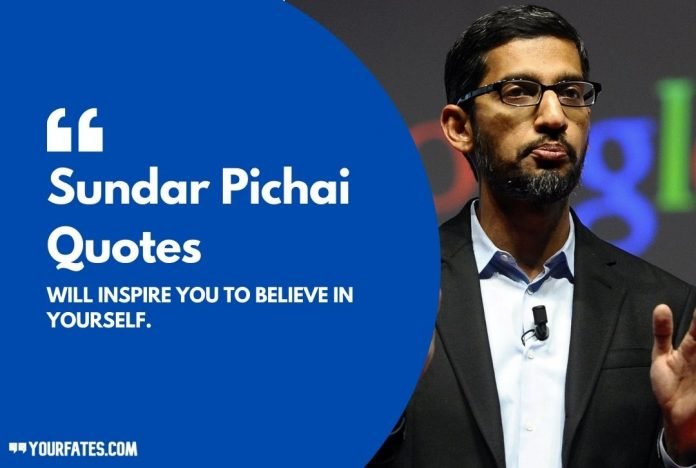 Sundar Pichai(also known as Pichai Sundararajan) born (10 June 1972) in Madurai, Tamil Nadu, India. He is an Indian-American business executive. We have collected some of the best Sundar Pichai Quotes that will boost new energy in your life.

He is currently CEO of Google Inc. & previously he was Product Chief of Google. Pichai’s current role was announced on 10 August 2015, as part of the restructuring process that made Alphabet Inc. into Google’s parent company, and he assumed the position on 2 October 2015.

Here are the best Sundar Pichai quotes will inspire you to believe in yourself and chase your dreams. 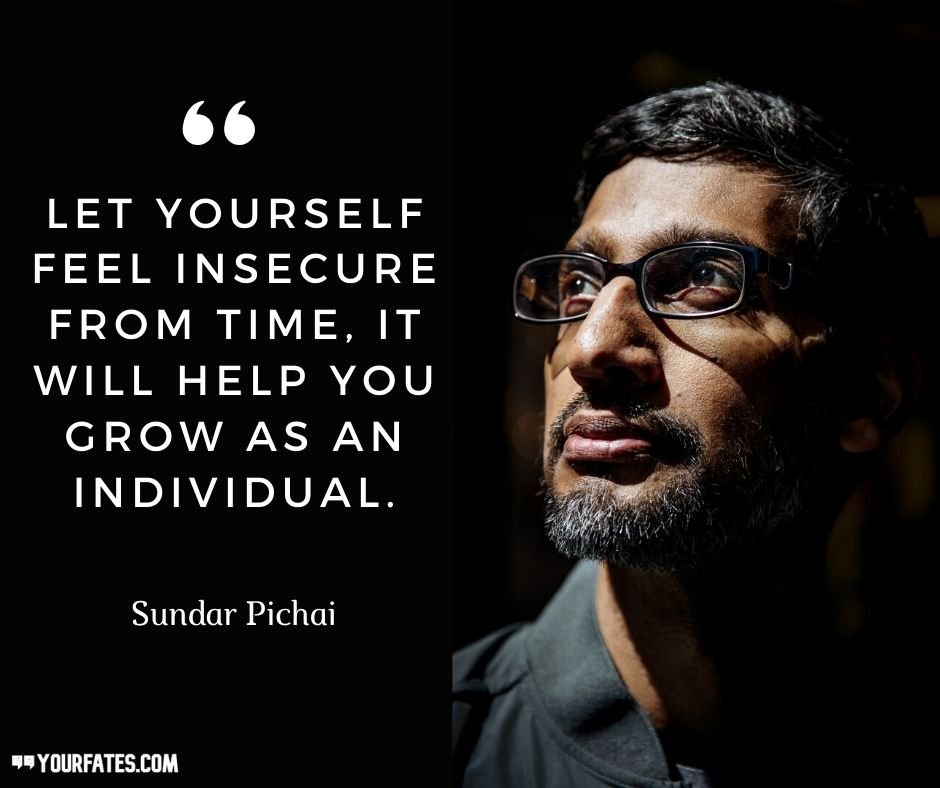 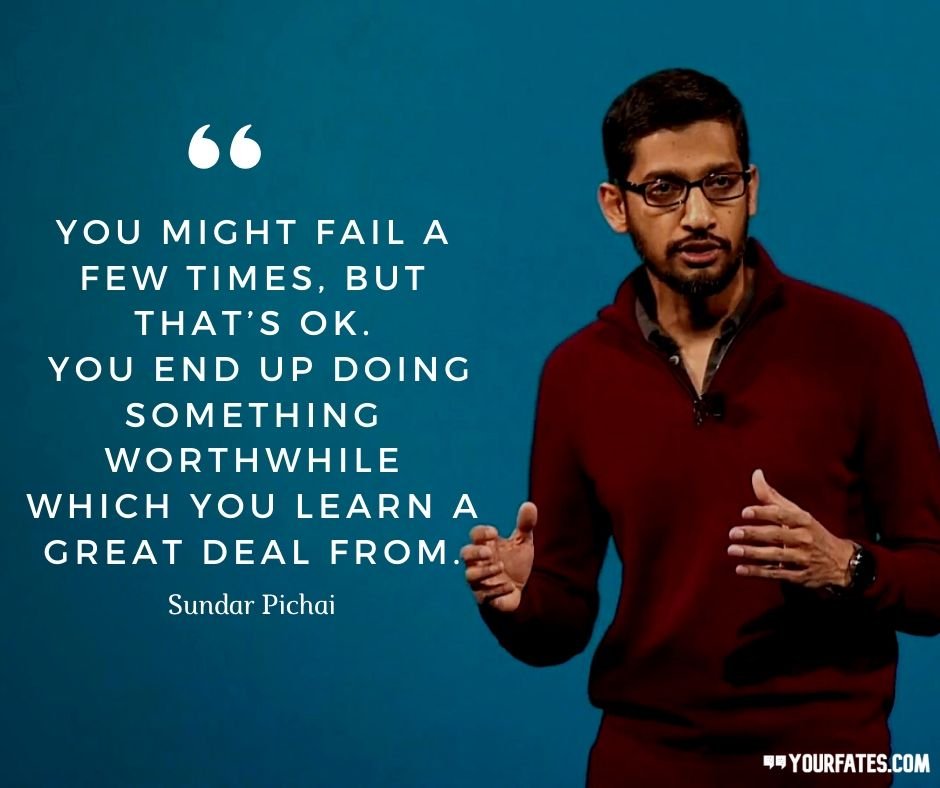 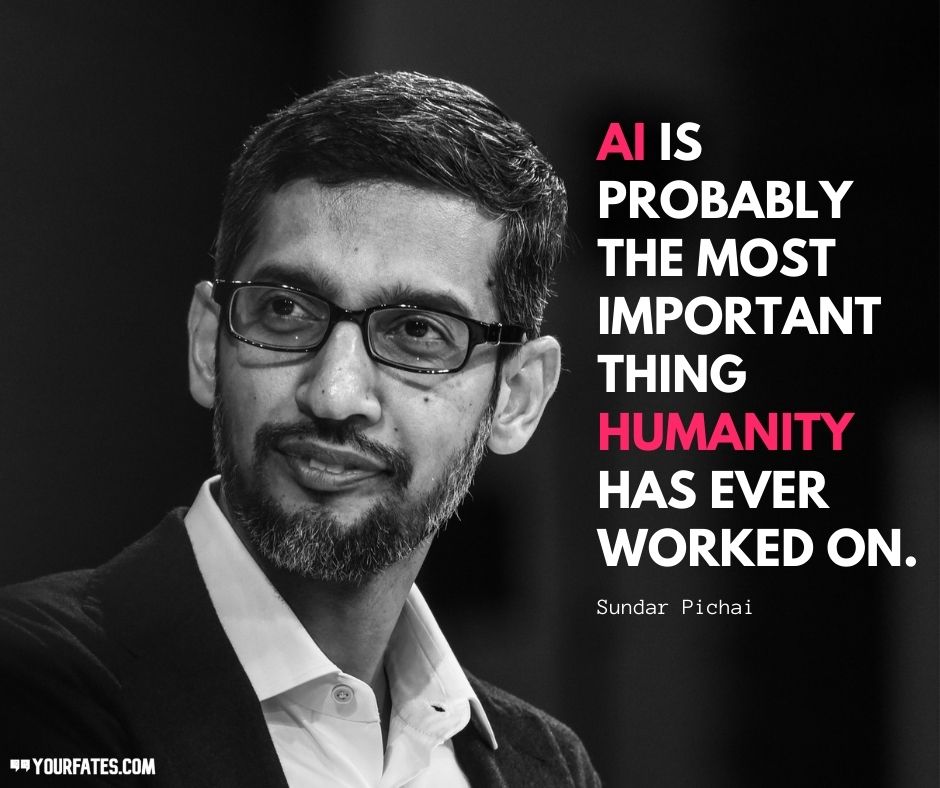 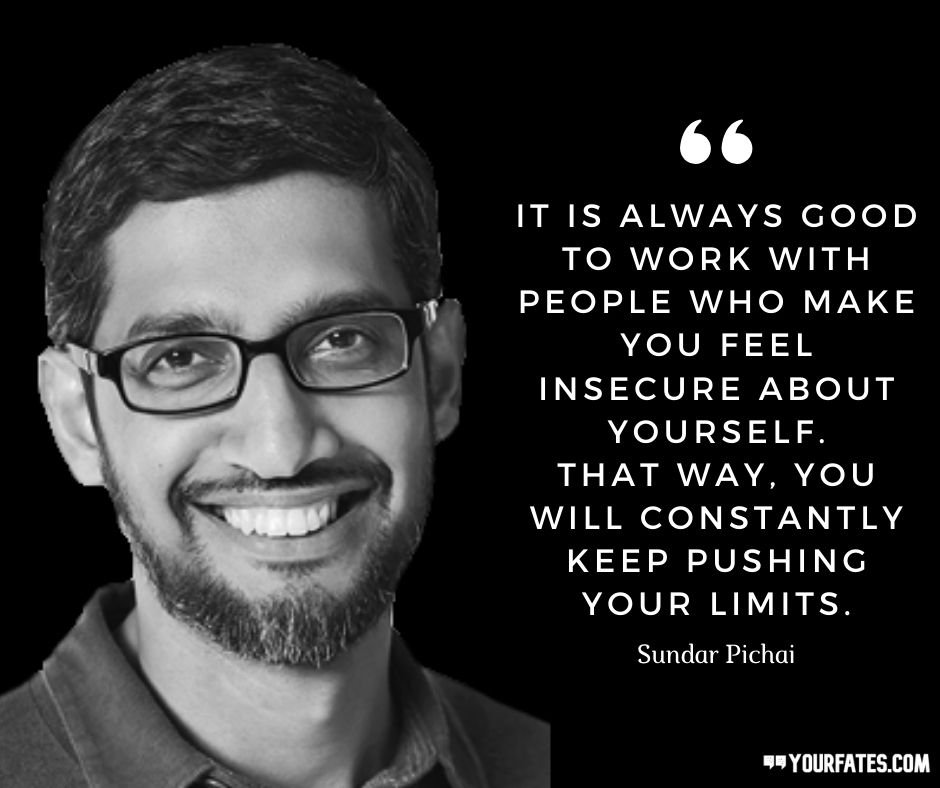 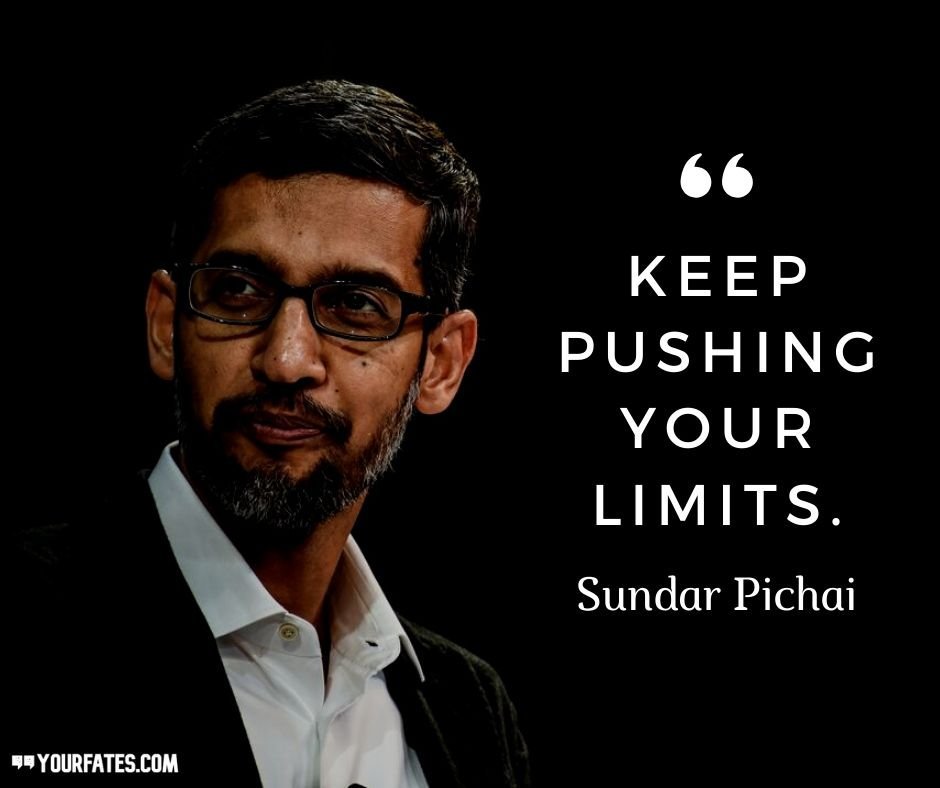 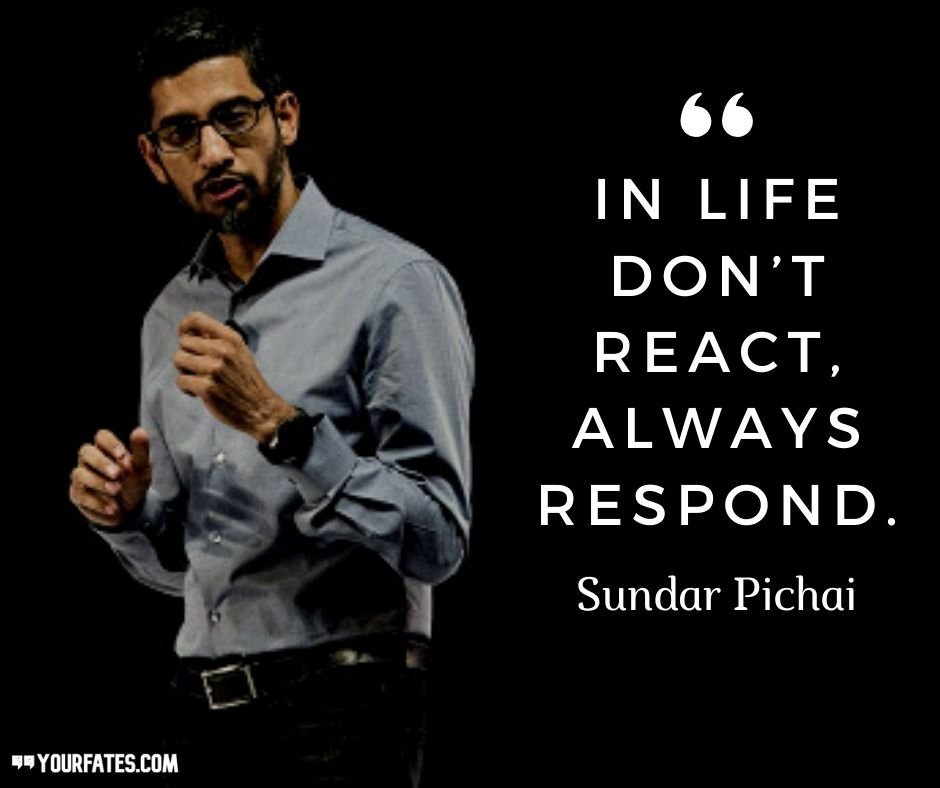 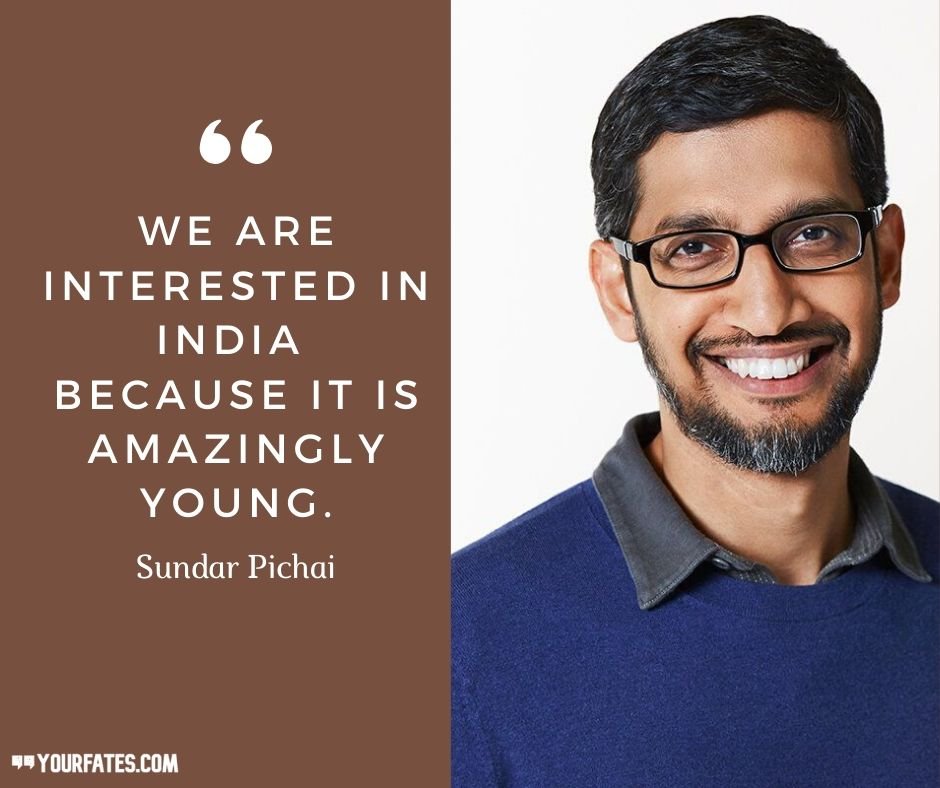 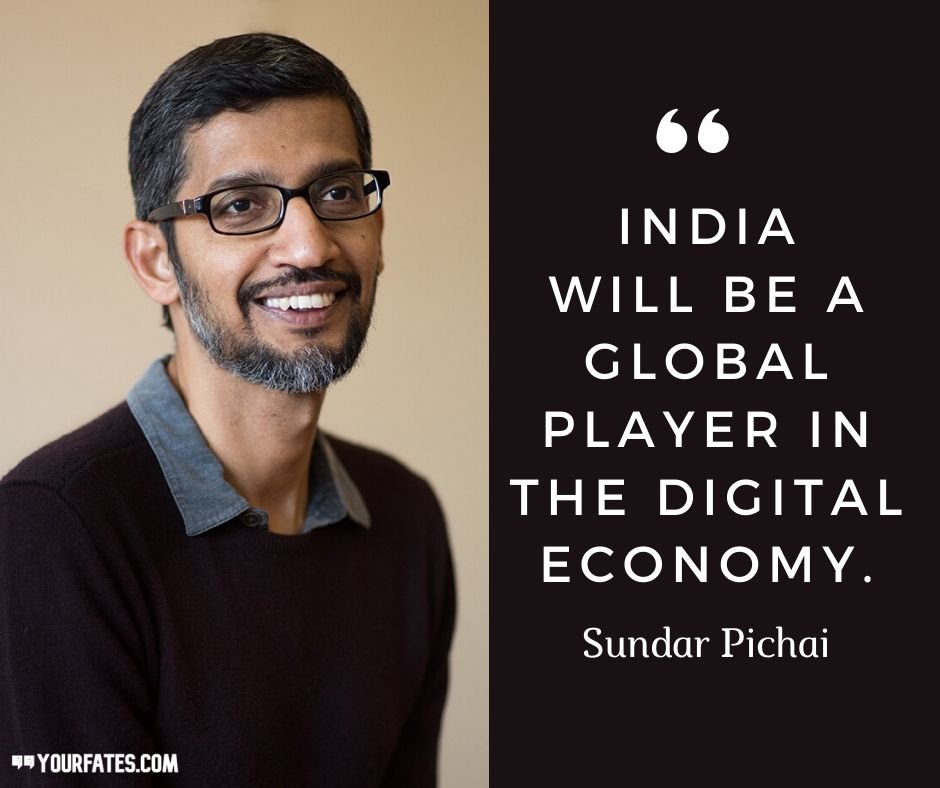 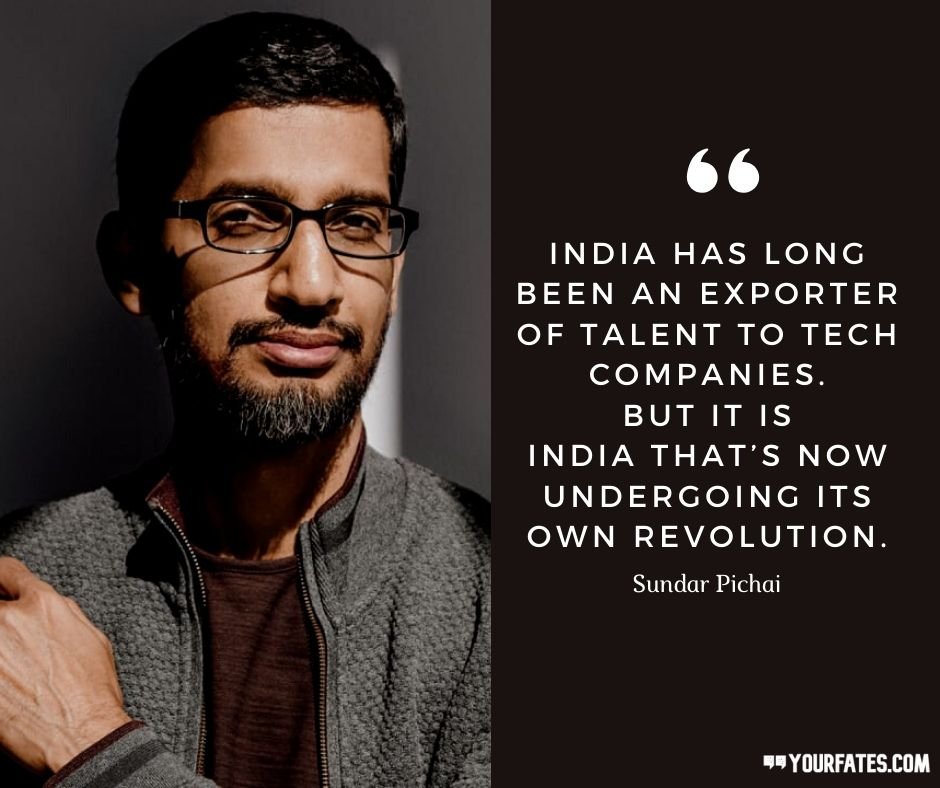 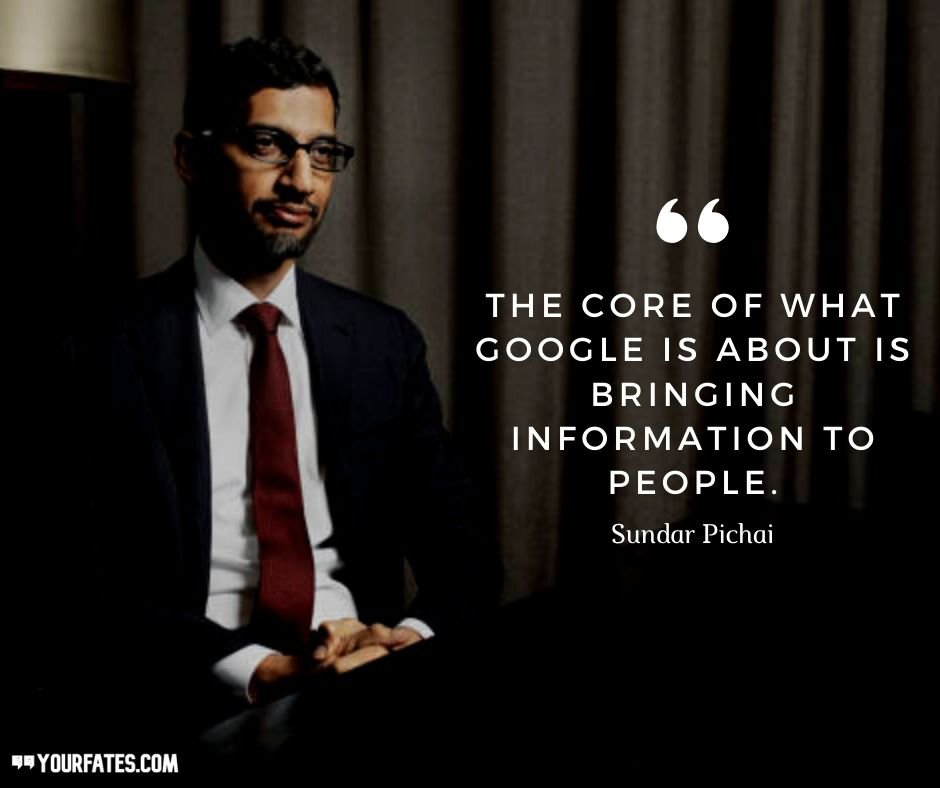 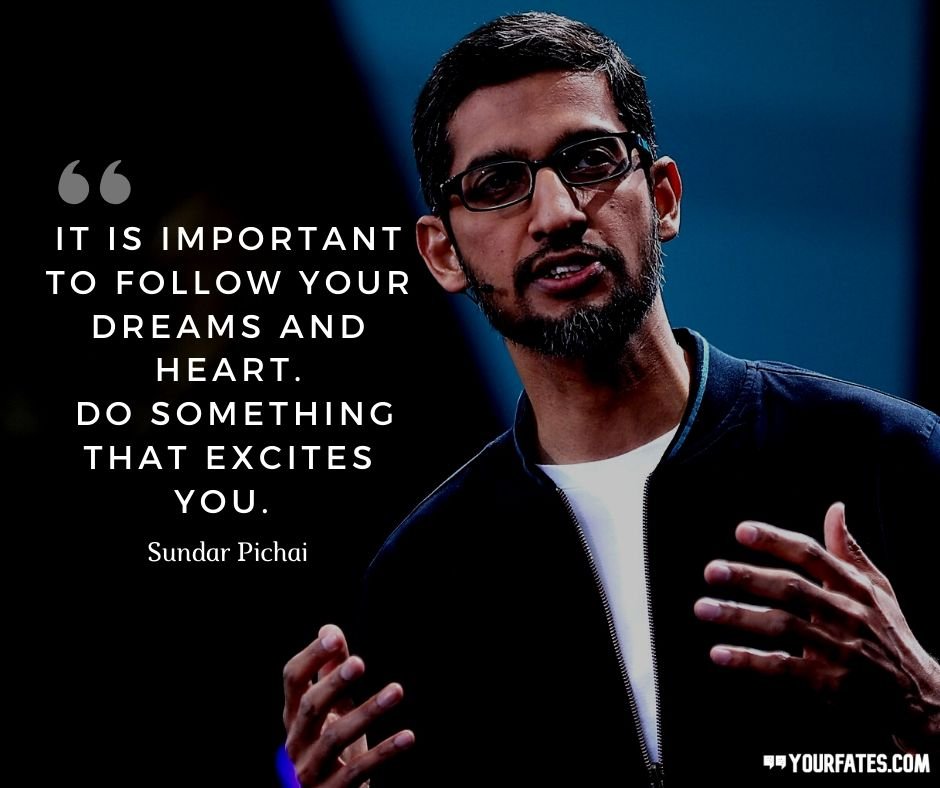 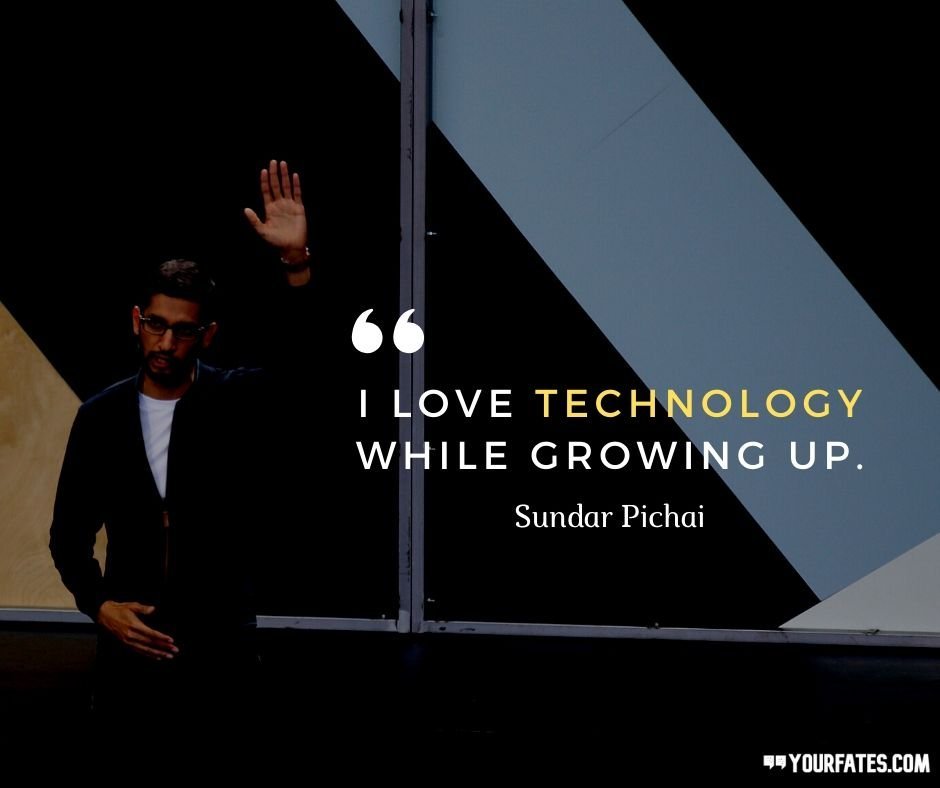 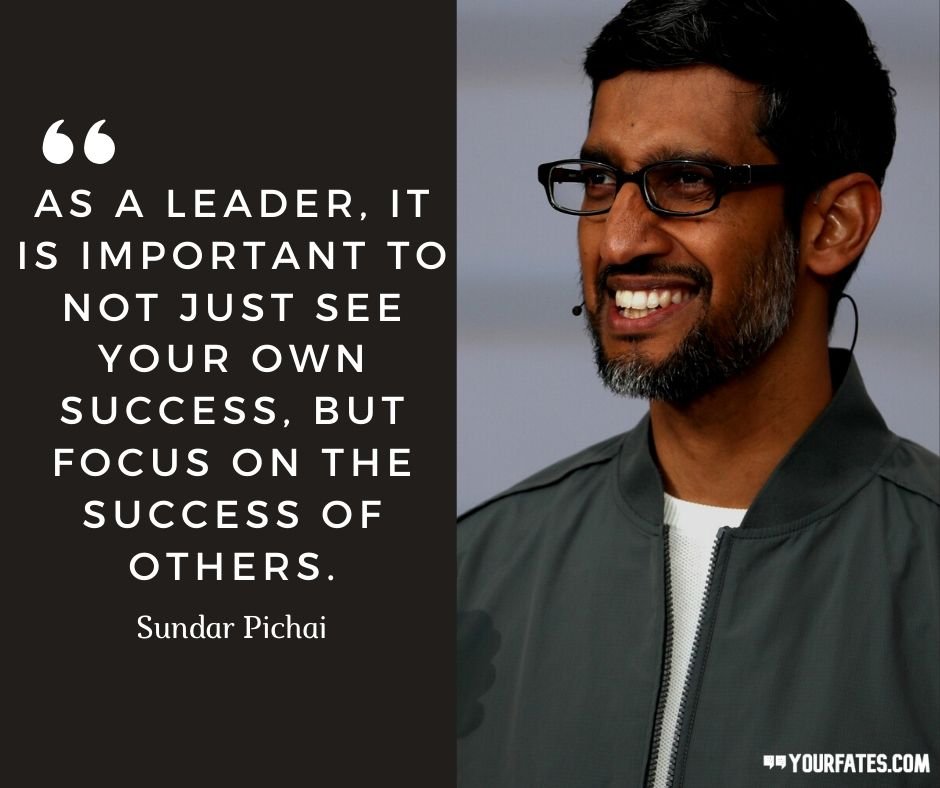 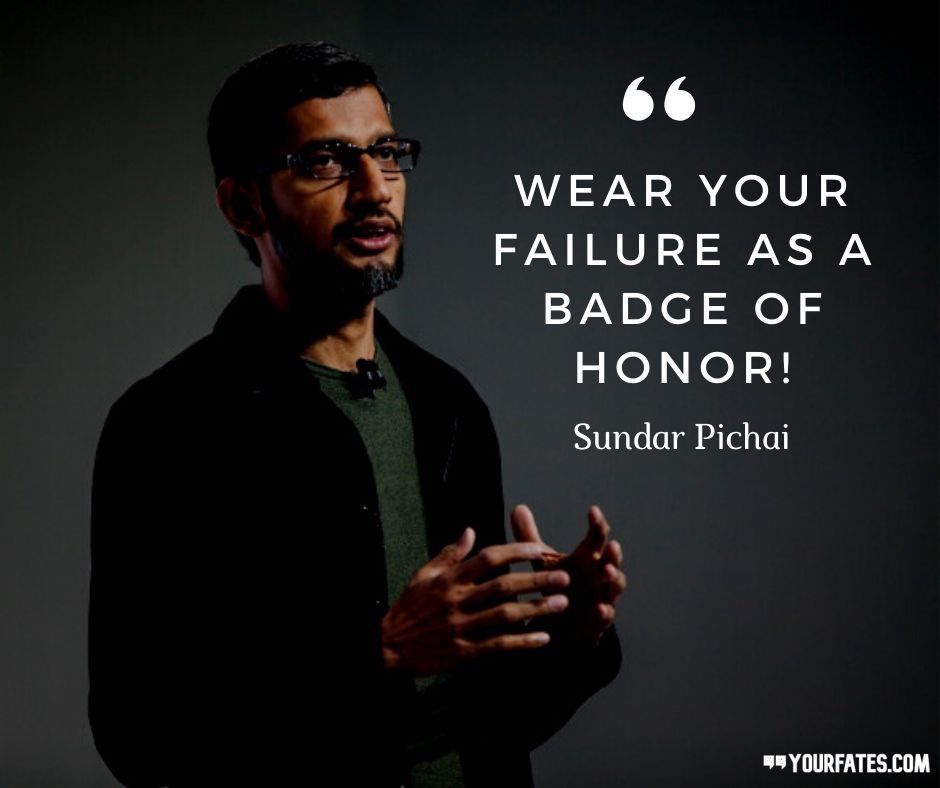 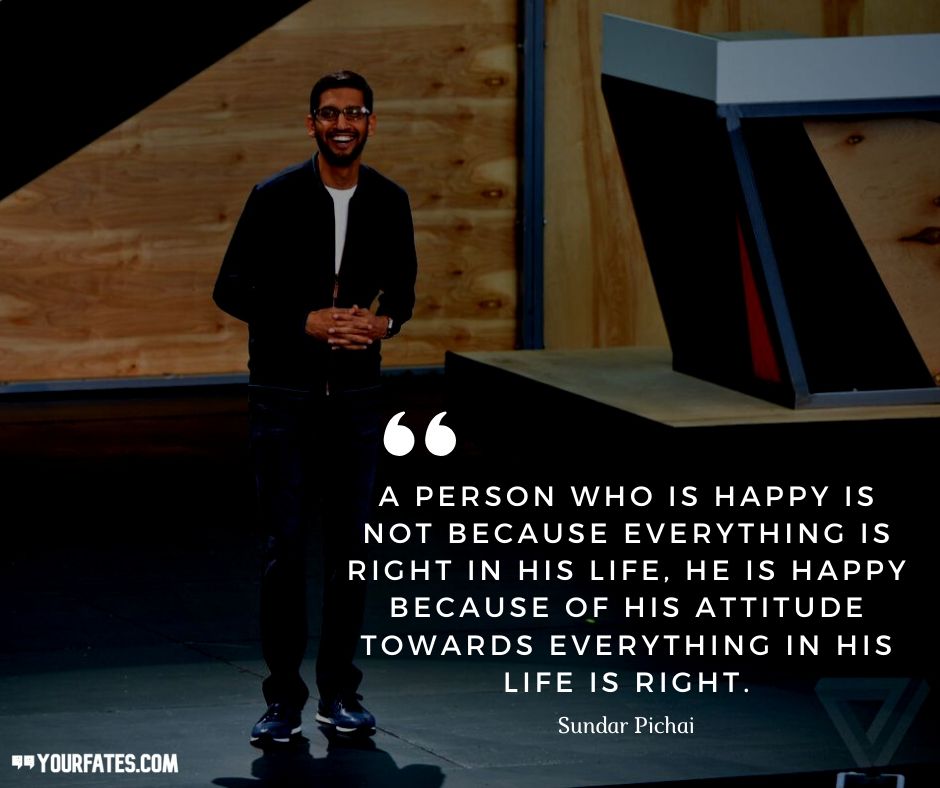 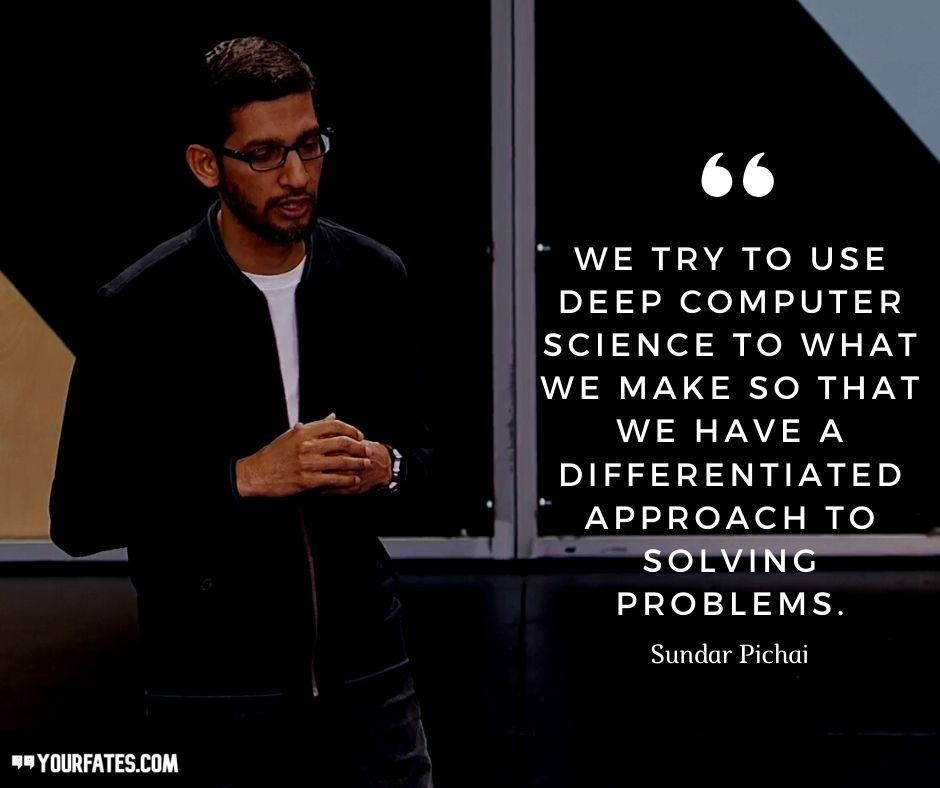 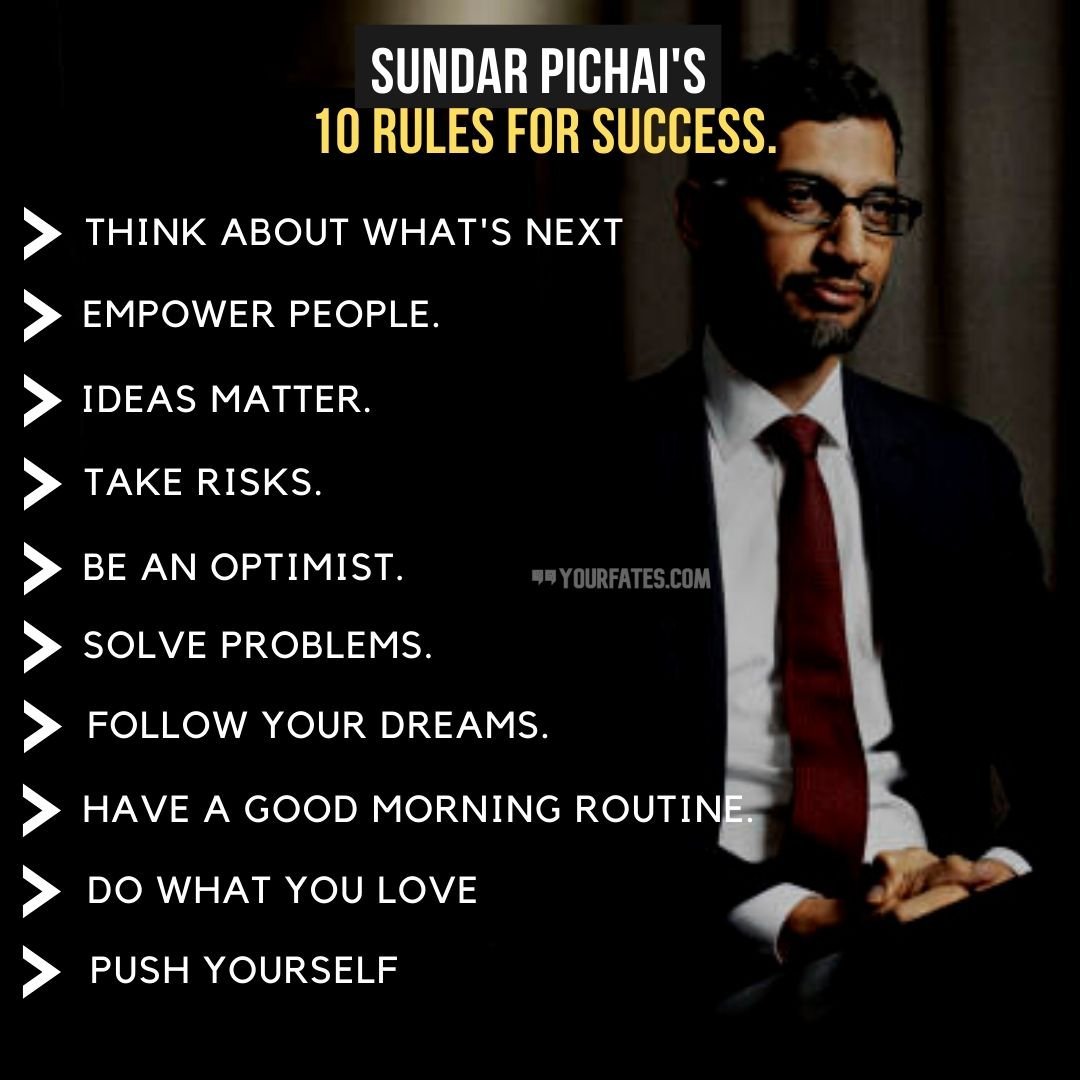 The career of Sundar Pichai

Sundar Pichai had completed B.Tech in Metallurgical Engineering from IIT Kharagpur and earned a scholarship to study materials science and semiconductor physics from Stanford University, USA.

He started his career as an engineer and product manager at a semiconductor maker (Applied materials) in Silicon Valley, USA.

Sundar completed an MBA from Wharton in 2002 and joined McKinsey & Company as a consultant. Finally, he joined Google in 2004.

Sundar Pichai convinced the co-founders of Google, Sergey Brin, and Larry Page to launch Google’s browser. Sundar played an important role in the final launching of Google Chrome, in 2008. Eventually, Chrome became the No. 1 browser in the world, surpassing competitors such as Firefox and Internet Explorer.

God helps those who help themselves, and the launch of Google Chrome brings phenomenal success to Sundar Pichai.

Finally, after the gap of 11 years, since he joined Google; he was selected as the next CEO of Google on August 10, 2015.

Alphabet Inc. was formed in 2015 as Google’s parent company. Sundar Pichai was awarded 273,328 shares of Google’s holding company Alphabet in Feb.2016. Finally, on December 3, 2019, he became the CEO of Alphabet Inc.

So, in conclusion, it can be said that Sundar Pichai is a great inventor and a complete corporate guy. As an Indian, we are proud of Sundar Pichai.

I believe these inspirational Sundar Pichai quotes will give you direction to achieve your dreams. Do you have any other inspirational quotes to add to the list? Tell us in the comment section below!

Also, Do visit our website for more inspirational and motivational quotes by a famous personality. Share it with your friends and family.

You may also read