40 Inspirational Amitabh Bachchan Quotes That will Inspire You

Initially, Bachchan was named Inquilab which was in use during the Indian freedom struggle. The inspired phrase made was taken from Inquilab Zindabad. But later he was renamed Amitabh which means “light that will never be extinguished”.

After completing his studies from Delhi he went to Calcutta, he worked there for seven years and after that, he came to Mumbai. Nearly fifty years ago, he come to “cities of dreams” Mumbai in search of work.

His career started with the film ‘Saat Hindustani‘. After this, she did many films but she could not be much successful. The film ‘Zanjeer’ proved to be the turning point of his career. After this, he continued to hit a series of hit films, at the same time he became popular in every audience and also got his acting in the film industry.

Amitabh Bachchan, who has spent more than four decades in Hindi cinema, has received the title of ‘Angry Young Man’ from his films. He is considered to be the biggest and most influential actor in Hindi cinema.

Amitabh is such a famous actor in the film world, in which every brand wants to make a brand ambassador for his company so that the company can run in his name. For this, people are ready to give them even the asked amount. But he has worked for free for the Gujarat government and Pulse Polio.

He has received the National Film Award 3 times for Best Actor. Apart from this, he has also received the Filmfare Award 14 times. Along with films, he has also been a singer, producer, and TV presenter. The Government of India has also honored him with the Padma Shri and Padma Bhushan. 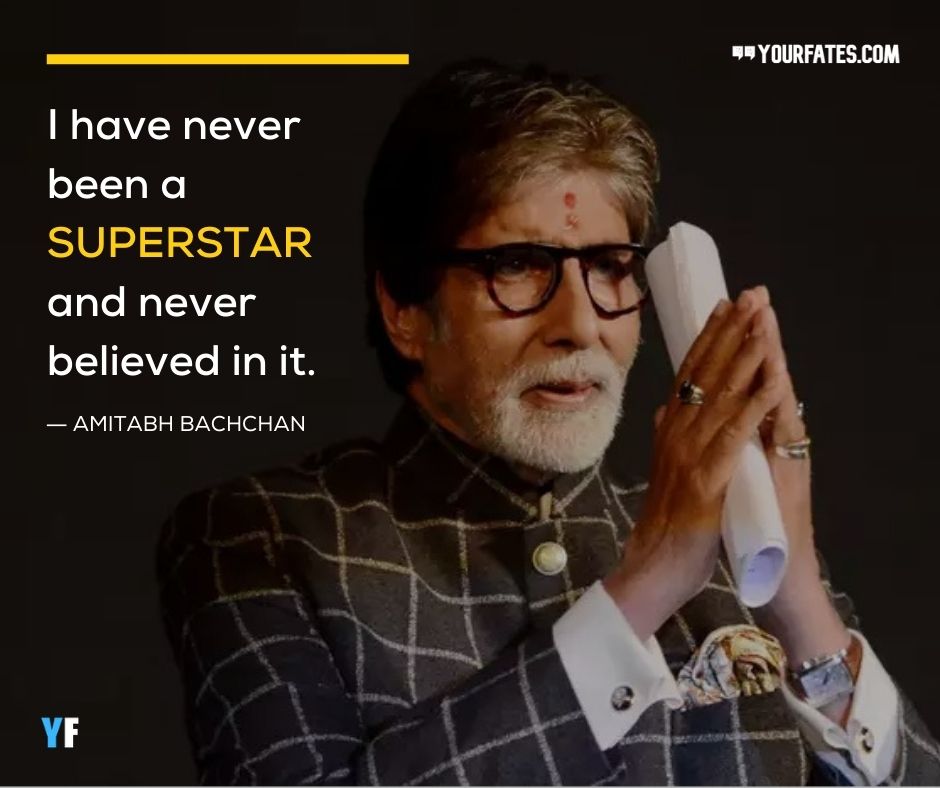 Amitabh Bachchan is loved by millions of people in the world. He was the first Asian actor to be modeled as Wex in London’s Madame Tussauds. He was voted the “Star of Millennium” by BBC Online in addition to big artists like Laurence Olivier, Charlie Chaplin. Apart from all this, Amitabh Bachchan always stands forward to help people.

Tell us in the comment section below which were your favorite Amitabh Bachchan Quotes?

Best Irrfan Khan Quotes which will be remembered for a lifetime