80 Growing Up Quotes about Changing for the Better 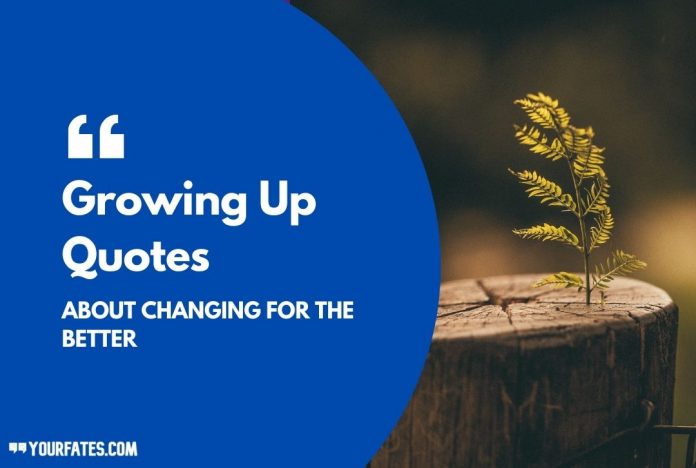 Growing up is something we all are excited for as a child but also regret after growing. It is strange but true. We have brought you this amazing collection of Growing Up Quotes by famous authors, philosophers, and other personalities that will disclose the facts of growing up and also console you.

Growing up is hard. In this process of attaining maturity, we shed some of our layers and pick up others.

Growing up is also exciting. We become independent and mature. We can make our own decisions without being dependent on anyone else.

But all that fun has a dark side. We lose our innocence and have to look after many responsibilities on our own.

Everyone in his/her life must have thought at least once about going back to childhood. That innocence, joy, and wittiness are always missed.

But is it necessary to lose the treasure of childhood in the process of growing up? We can grow up by remaining childish at heart.

Growing up and growing old are not the same. Everyone grows old but not everyone grows up. Here’s the list of Growing Up Quotes that will tell you the difference :

“I think people make their own faces, as they grow.” – Enid Blyton

“This is growing up, having to stomp out love, this is how people turn terrible.” – Michelle Tea

“I knew that I had reached the end of childhood once I realized that adults in my life didn’t know anymore than I did.” – Matthew Quick

“You know your children are growing up when they stop asking you where they came from and refuse to tell you where they’re going.” – P.J. O’Rourke

“Maturity is a high price to pay for growing up.”– Tom Stoppard

“Even though you’re growing up, you should never stop having fun.” – Nina Dobrev

“We grow neither better nor worse as we get old, but more like ourselves.” – May Lamberton Becker

“That’s one of the things we learn as we grow older, how to forgive. It comes easier at forty than it did at twenty.” – L.M. Montgomery

“If you’re gonna screw up, do it while you’re young. The older you get, the harder it is to bounce back.”  – Winston Groom

“Growing up, I have discovered over time, is rather like housework, never finished.” – Lois McMaster Bujold

“Growing up is hard. Otherwise, everyone would do it.” – Kim Harrison 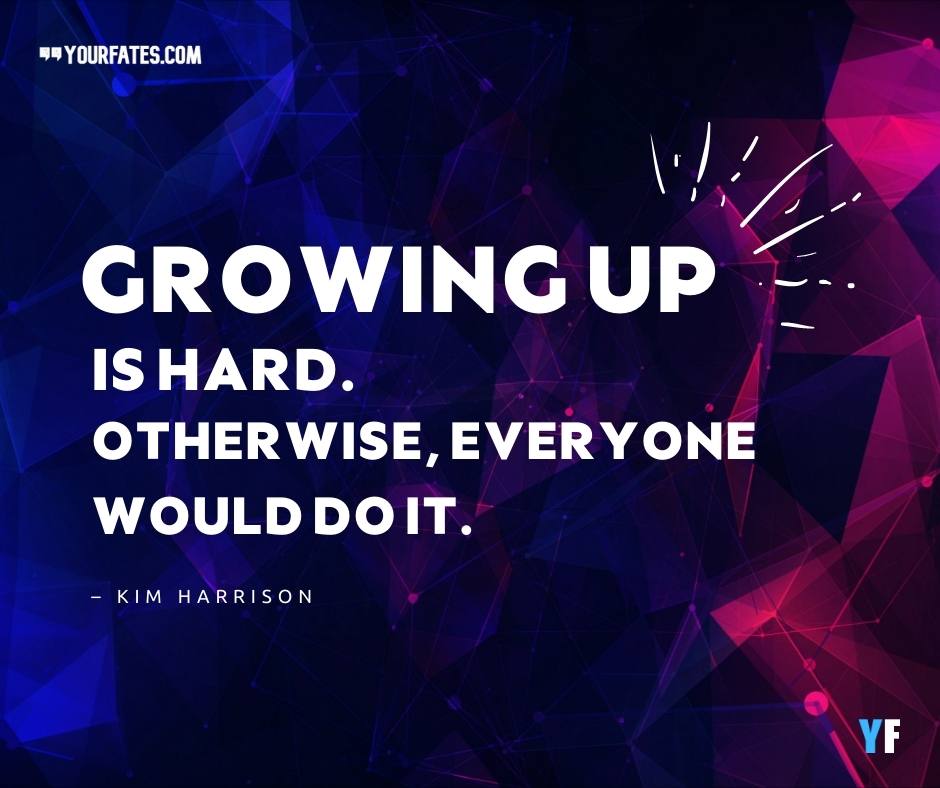 “Love does not begin and end the way we seem to think it does. Love is a battle, love is a war; love is a growing up.” – James Baldwin

“Wrinkles should merely indicate where smiles have been.” – Mark Twain

“Part of growing up is just taking what you learn from that and moving on and not taking it to heart.” – Beverley Ann Mitchell

“You grow up the day you have your first real laugh – at yourself.” – Ethel Barrymore

“It is not necessary to change. Survival is not mandatory.” – W. Edwards Deming 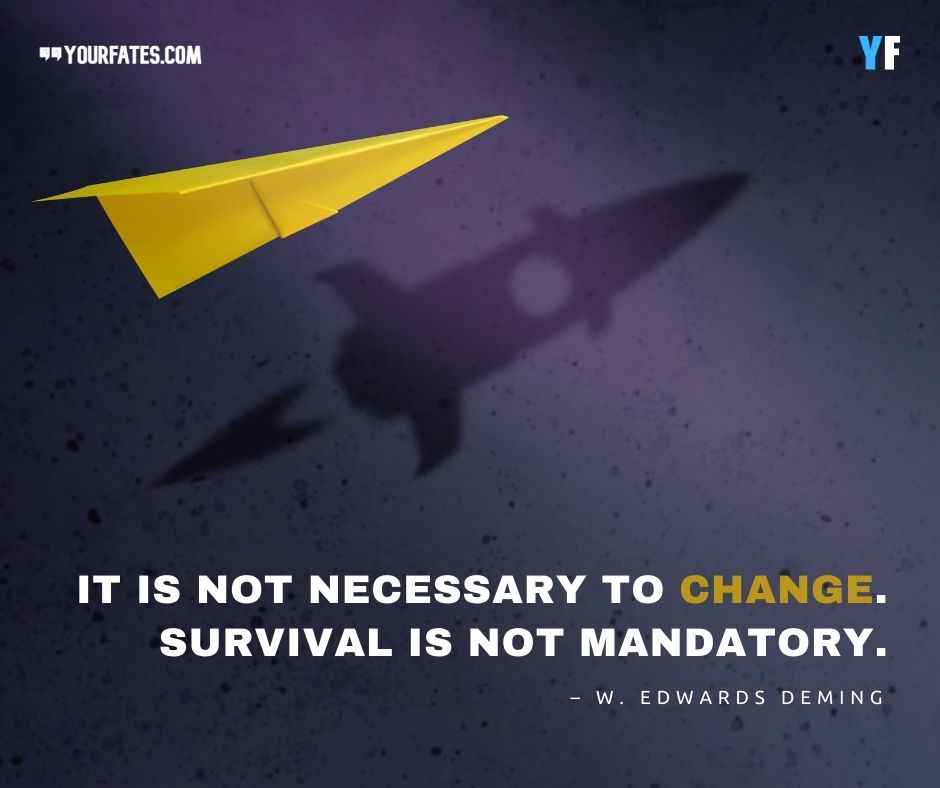 “You know your children are growing up when they stop asking you where they came from and refuse to tell you where they’re going.” – P. J. O’Rourke

“Growing up is losing some illusions, in order to acquire others.” – Virginia Woolf

“If growing up is the process of creating ideas and dreams about what life should be, then maturity is letting go again.” – Mary Beth Danielson

“Who rejects change is the architect of decay. The only human institution which rejects progress is the cemetery.”- Harold Wilson

“If you don’t like something change it; if you can’t change it, change the way you think about it.”- Mary Engelbreit

“When we are no longer able to change a situation, we are challenged to change ourselves.”- Viktor Frankl

“Growing old is mandatory. Growing up is optional.” – Chili Davis

“You must welcome change as the rule but not as your ruler.”- Denis Waitley

“Life is change.” – Heraclitus of Ephesus

“Change is inevitable – except from a vending machine.” – Robert C. Gallagher

“Some day you will be old enough to start reading fairy tales again.” – C.S. Lewis

“They must often change, who would be constant in happiness or wisdom.” – Confucius

“Growing apart doesn’t change the fact that for a long time we grew side by side; our roots will always be tangled. I’m glad for that.” – Ally Condie

“Maturity is when your world opens up and you realize that you are not the center of it.” – M.J. Croan

“Sometimes, we’re so concerned about giving our children what we never had growing up, we neglect to give them what we did have growing up.” – Dr. James C. Dobson

“When I was young, I used to wish I would fit in… I’m glad I didn’t get my wish.” – Steve Maraboli

“Don’t try to make children grow up to be like you, or they may do it.” – Russell Baker

“Everyone thinks you make mistakes when you’re young. But I don’t think we make any fewer when we’re grown up.” – Jodi Picoult

“The only difference between a rut and a grave is their dimensions.” – Ellen Glasgow

“You know your children are growing up when they stop asking you where they came from and refuse to tell you where they’re going.” – P. J. O’Rourke

“Part of growing up is just taking what you learn from that and moving on and not taking it to heart.” – Beverley Mitchell

“Parents can only give good advice or put them on the right paths, but the final forming of a person’s character lies in their own hands.” – Anne Frank

“It was a sign of growing up, when the dark made no more difference to you than the day.” – Roddy Doyle 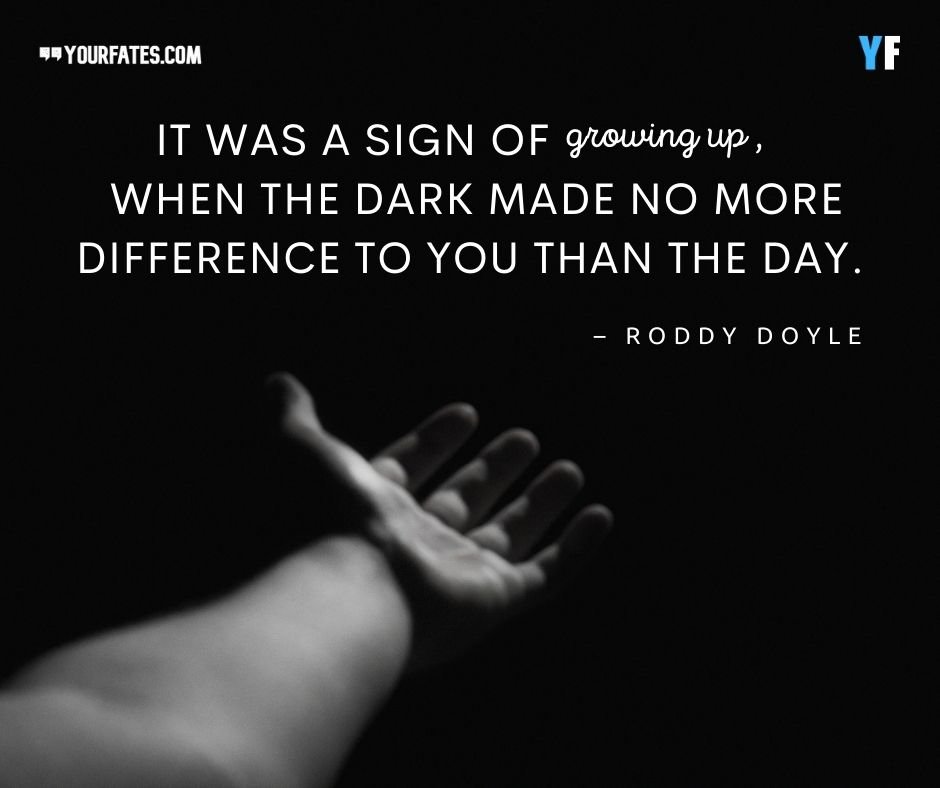 “At twenty years of age, the will reign; at thirty, the wit; and at forty, the judgment.” – Benjamin Franklin

“Growing up is such a barbarous business, full of inconvenience… and pimples.” – J.M. Barrie

“The man who never alters his opinion is like standing water, and breeds reptiles of the mind.” – William Blake

“Time, which changes people, does not alter the image we have retained of them.” – Marcel Proust

“Growing up happens when you start having things you look back on and wish you could change.” – Cassandra Clare

“Maturity is a bitter disappointment for which no remedy exists, unless laughter could be said to remedy anything.” – Kurt Vonnegut

“Change may come to you in trinkets and I hope it adorns your life gracefully.” – Dodinsky

“You never have a friend all figured out. Just when you think you know what makes them tick, they tock.” – Robert Brault

“All change is not growth, as all movement is not forward.” – Ellen Glasgow

Growing Up Quotes About Life and Time

“Time, which changes people, does not alter the image we have retained of them.”- Marcel Proust

“It was a sign of growing up, when the dark made no more difference to you than the day.” – Roddy Doyle

“Sometimes you have to grow up before you appreciate how you grew up.” – Daniel Black

“Maturity is a high price to pay for growing up.” – Tom Stoppard

“Growing up, we are told many things; one being, you can do anything. But somewhere between child and adult, things change.” – Julie Hebert

“When they tell you to grow up, they mean stop growing.” – Tom Robbins

“It takes courage to grow up and become who you really are.” – E.E. Cummings

“The trick is growing up without growing old.” – Casey Stengel

“Feeling very surprised too at myself. I knew what was happening, O my brothers. I was like growing up.” – Anthony Burgess

“I think she is growing up, and so begins to dream dreams, and have hopes and fears and fidgets, without knowing why or being able to explain them.” – Louisa May Alcott

“When the winds of change blow, some people build walls and others build windmills.”- Chinese Proverb

“I put a dollar in one of those change machines. Nothing changed.”- George Carlin

“Faced with the choice between changing one’s mind and proving that there is no need to do so, almost everyone gets busy on the proof.” – John Kenneth Galbraith

Growing Up Quotes About Changing

“There were no violins or warning bells… no sense that my little life was about to change. But we never know, do we? Life turns on a dime.”- Stephen King

“The circumstances of the world are so variable that an irrevocable purpose or opinion is almost synonymous with a foolish one.” – William H. Seward

“You can avoid having ulcers by adapting to the situation: If you fall in the mud puddle, check your pockets for fish.” – Author Unknown

“Life is its own journey, presupposes its own change and movement, and one tries to arrest them at one’s eternal peril.” – Laurens van der Post

“Growth is the only evidence of life.” – John Henry Newman

“They must often change, who would be constant in happiness or wisdom.” – Confucius

“The only difference between a rut and a grave is their dimensions.” – Ellen Glasgow

“The past is the present, and the present the future, to the non-progressive mind.” – James Lendall Basford

“Time is a dressmaker specializing in alterations.” – Faith Baldwin

“The man who never alters his opinion is like standing water, and breeds reptiles of the mind.”- William Blake

“What you have become is the price you paid to get what you used to want.”- Mignon McLaughlin

Make sure to grow up as you grow old but at the same time keep your soul and heart young. Know when to act mature and when to act childish. Life is too beautiful to be spent seriously.

We hope you have enjoyed these Growing Up Quotes by famous authors, philosophers and other personalities and get inspired. Also, If you’ve found us useful, please do consider telling your friends about it. All you have to do is send these quotes on WhatsApp and ask them to subscribe to us.