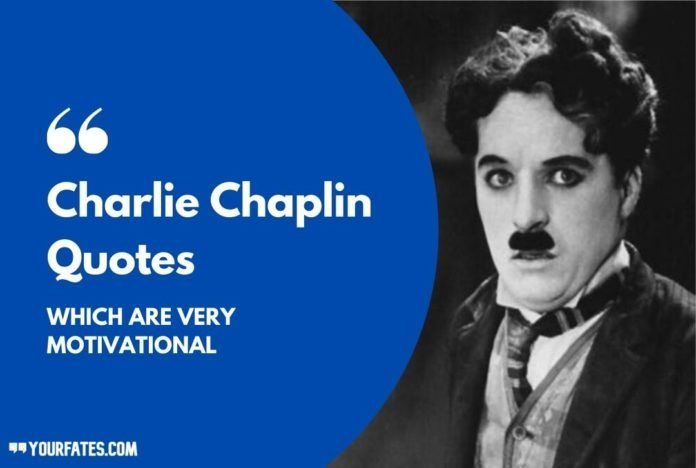 Charlie Chaplin was an English comedian, filmmaker, and composer, he was one of the most iconic figures in the film industry worldwide. Here’s our ultimate collection of the 31 greatest Charlie Chaplin quotes.

Chaplin started his career in childhood. He also produced many films, as well as he was an expert in the comic art of the Silent era, for which he made a place in the hearts of people all over the world.

He had love affairs with many actresses working with him. In 1918, Charlie married 16-year-old Mildred Haris. Their marriage lasted for 2 years and they got divorced. Then in 1924, he again married 16-year-old actress Lita Gray. His last marriage was with Oona O’Neill, who was 18 years old at that time. They had eight children and settled in Switzerland.

Chaplin died on Christmas day in the year 1977 at age 88 of natural cause. His wife O’Neill, along with their eight children, was with him in his last moments.

Here are the best of Famous Charlie Chaplin quotes which are collected from the various sources.

1. “Nothing is permanent, not even our troubles.” -Charlie Chaplin 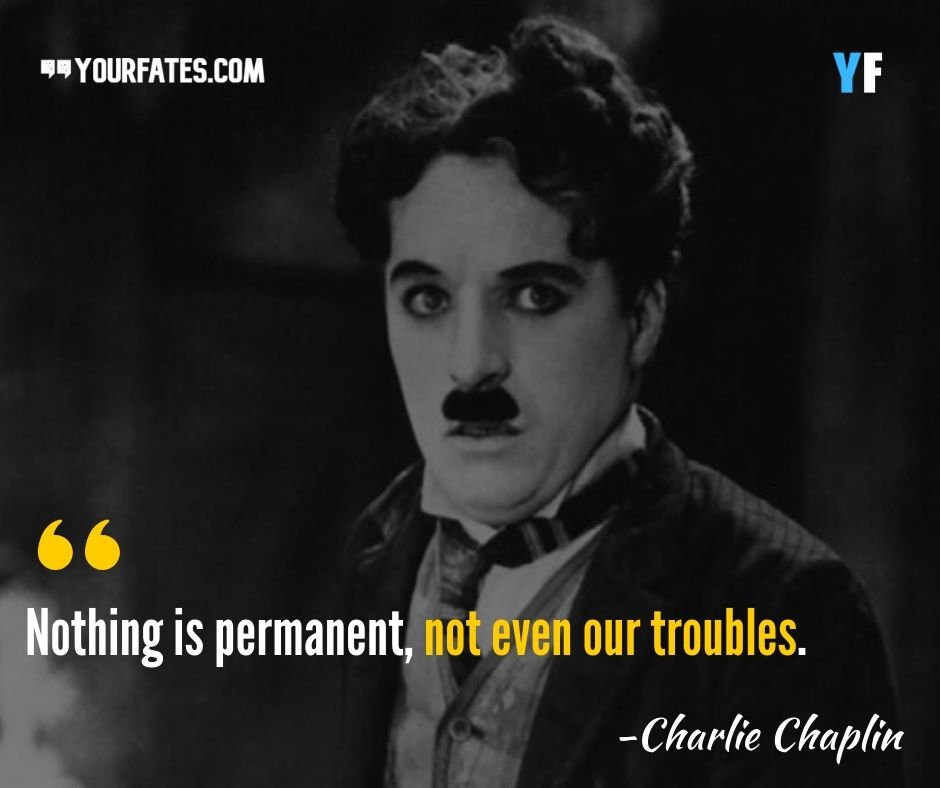 2. “Simplicity is a difficult thing to achieve.” – Charlie Chaplin

4. “Machinery should be a blessing to mankind and not a curse.” – Charlie Chaplin

6. “Despair is a narcotic. It lulls the mind into indifference.” -Charlie Chaplin

7. “Life is a play that does not allow testing. So, sing, cry, dance, laugh, and live intensely, before the curtain closes and the piece ends with no applause.” – Charlie Chaplin

8. “Perfect love is the most beautiful of all frustrations because it is more than one can express” – Charlie Chaplin

9. “Laughter is the tonic, the relief, the surcease from pain.” – Charlie Chaplin

10. “The saddest thing I can imagine is to get used to luxury.” – Charlie Chaplin

12. “Failure is unimportant. It takes courage to make a fool of yourself.” – Charlie Chaplin 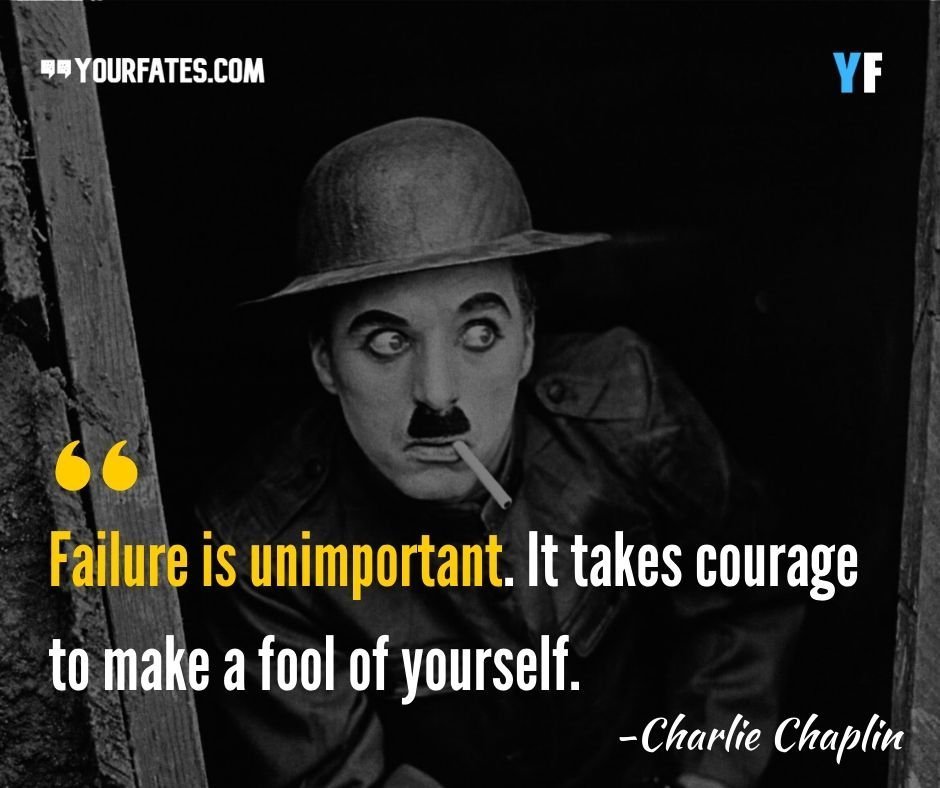 13. “This is a ruthless world and one must be ruthless to cope with it.” – Charlie Chaplin

14. “A day without laughter is a day wasted.” – Charlie Chaplin

15. “I believe in the power of laughter and tears as an antidote to hatred and terror.” – Charlie Chaplin

16. “Dictators free themselves, but they enslave the people.” – Charlie Chaplin

17. “We think too much and feel too little.” – Charlie Chaplin

18. “We must laugh in the face of our helplessness against the forces of nature — or go insane.” – Charlie Chaplin 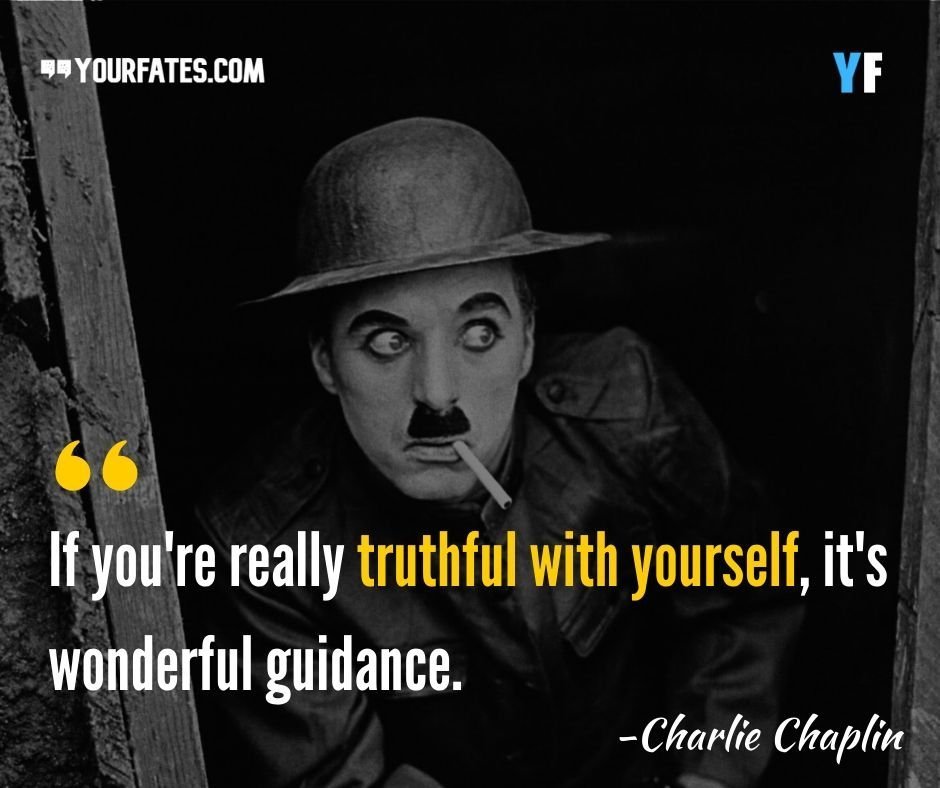 20. “I suppose that’s one of the ironies of life, doing the wrong thing at the right moment.” -Charlie Chaplin

22. “Life could be wonderful if people would leave you alone.” -Charlie Chaplin

23. “The basic essential of a great actor is that he loves himself in acting.” -Charlie Chaplin

24. “We think too much and feel too little.” -Charlie Chaplin

25. “The deeper the truth in creative work, the longer it will live.” – Charlie Chaplin 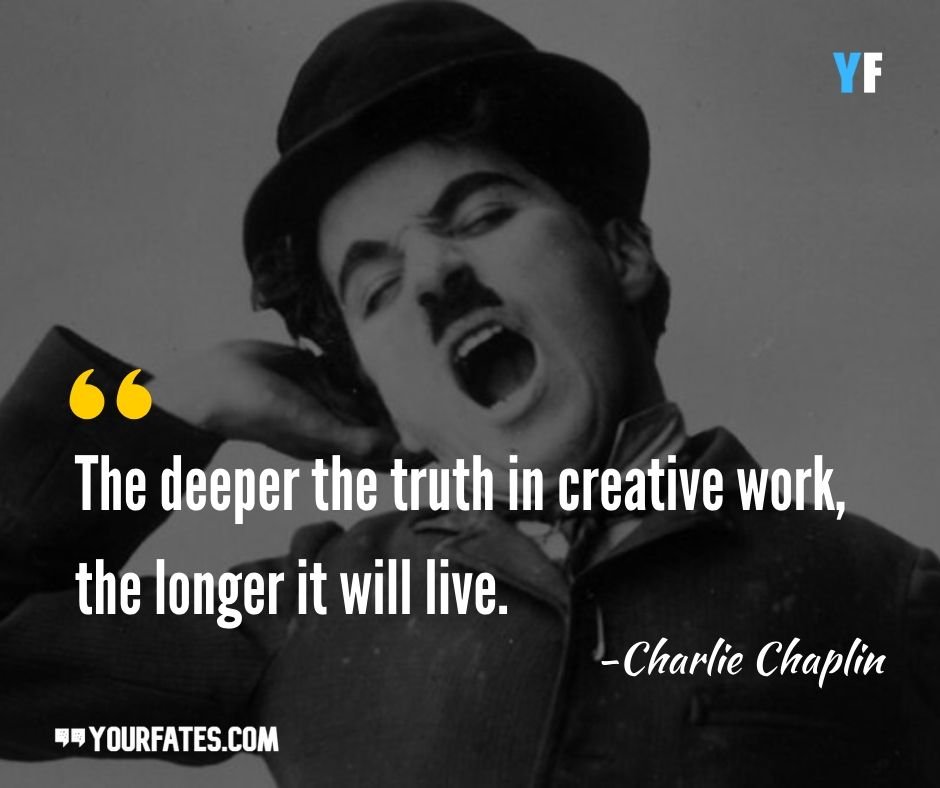 26. “The simplicity of the approach is always best.” – Charlie Chaplin

27. “We all want to help one another. Human beings are like that.” – Charlie Chaplin

29. “You need power only when you want to do something harmful, otherwise, love is enough to get everything done.” – Charlie Chaplin

30. “My happiest days are those in which I do good work.” – Charlie Chaplin

31. “Too much kindness and respect are given to the unseen and not enough to humanity. It seems that in our nature we loathe each other and bestow our respect and love on the abstract.” – Charlie Chaplin

During the Oscar Awards in 1995, The Guardian newspaper conducted a survey to find out who is the favorite hero of the film critics and viewers and was surprised to see the survey report that, even after two decades of Charlie’s death, Charlie is the favorite actor of most people.

It would not be an exaggeration to say that even today, Charlie Chaplin still lives in the hearts of everyone, his acting also brings joy to today’s generation. Even today, many artists imitate his performance.

We hope you like these collections of Charlie Chaplin Quotes. Also, If you’ve found us useful, please do consider telling your friends about it. All you have to do is send these quotes on WhatsApp and ask them to subscribe to us.