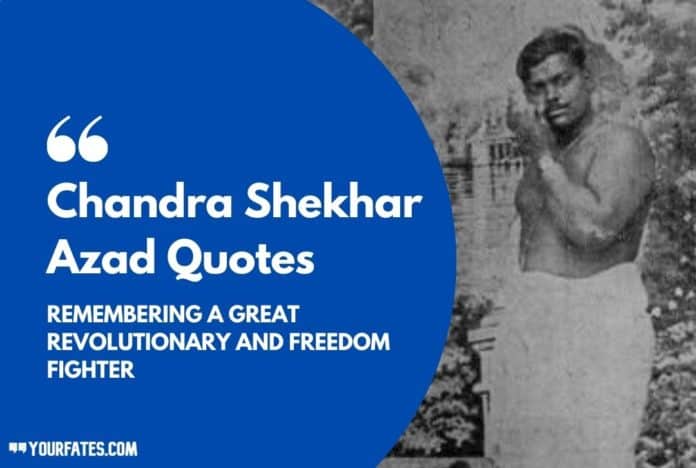 If your blood does not rage, it is water that flows in your veins. – Chandra Shekhar Azad

Chandra Shekhar Azad was one of the most powerful and determined freedom fighters. His contribution in the independence of India is remarkable. We have brought you this amazing collection of Chandra Shekhar Azad Quotes that are enough to put fire in your heart for your dreams.

Chandra Shekhar Azad’s real name was Chandra Shekhar Tiwari. He later changed his surname from Tiwari to Azad and also referred to his father’s name as ‘Swatantrata’ and his residence as ‘Jail’.

Chandra Shekhar Azad was born on 23 July 1906 in Madhya Pradesh. He joined the Non-Cooperation Movement when he was 14 years old. He was caught by the police but did not get imprisoned because of his young age. It was then when he named himself ‘Azad’.
Azad promised himself that he would never be arrested by the British police.

After the suspension of the Non-Cooperation Movement, he started participating in violent and criminal activities like the Kakori Train Robbery and the shooting of Saunders at Lahore.

He committed his life to fighting for the independence of his nation. The British police wanted to catch Chandra Shekhar Azad either alive or dead.

On February 27, 1931, Police surrounded Azad from all sides when he was in a park in Allahabad to meet his comrades. Azad fought with them and killed three policemen but when he found no route to escape, he shot himself and kept his promise to die as a free man.

He led youth during India’s Independence. He was a great leader and his devotion and love for India is an inspiration for all of us. 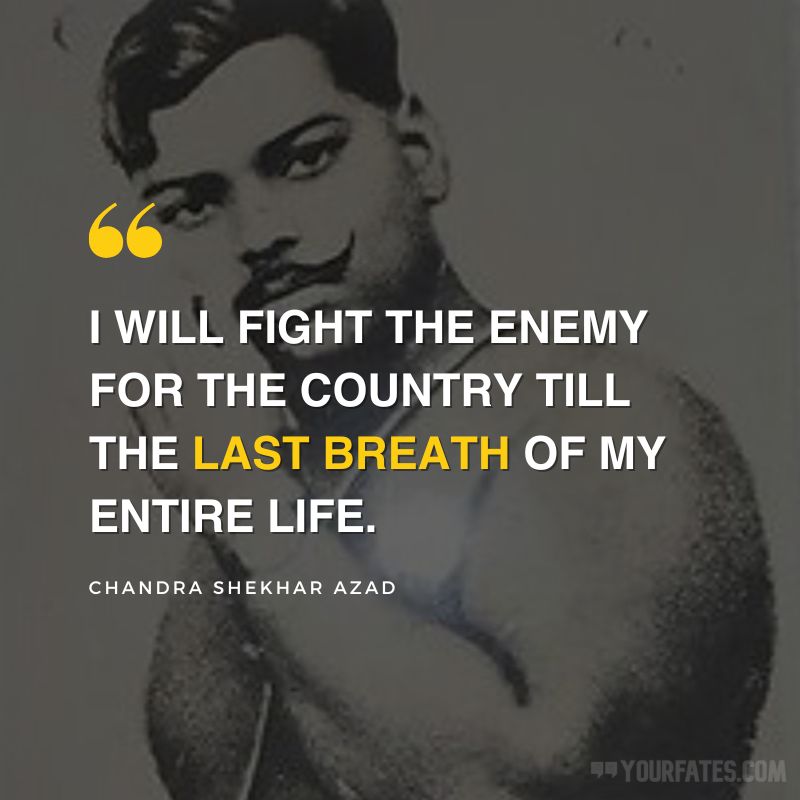 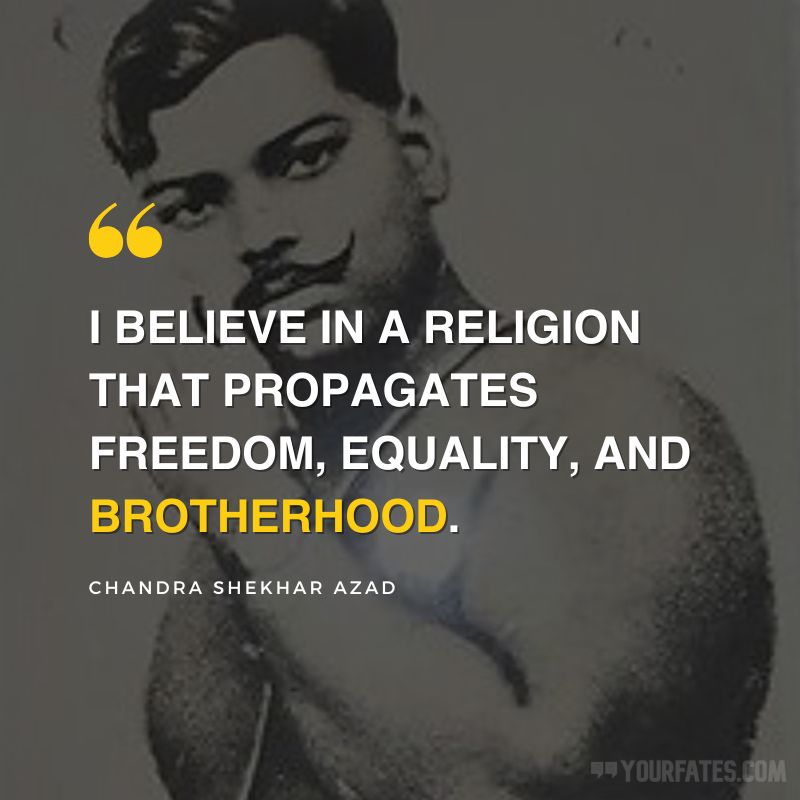 Chandra Sekhar Azad preferred to shoot himself than to break his promise. This shows his determination. One should have his level of dedication and devotion toward his goals. He played a very important role in the freedom of India. We must always learn from his bravery. Share your favorite quotes of Chandra Shekhar Azad in the comment section below.

We hope you have enjoyed these famous Chandra Shekhar Azad Quotes and get inspired. Also, If you’ve found us useful, please do consider telling your friends about it. All you have to do is send these quotes on WhatsApp and ask them to subscribe to us.