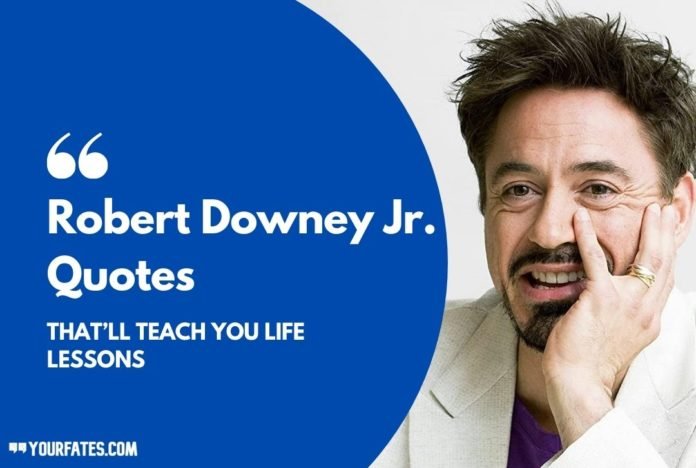 We are sharing Robert Downey Jr Quotes that’ll teach you life lessons. His life is so hard and inspiring. So you can be inspired by his thoughts.

Robert Downey Jr. is one of the finest and popular actors in the world. He is a Hollywood actor. He is famous all over the world because of the superhit films “Iron Man”, “Sherlock Holmes” and “Chaplin.”

Robert Downey Jr. Birthday Date: He was born on April 4, 1965, in Manhattan, New York, to the home of Robert Downey Sr.

His father is a retired American actor, director, producer, writer, and cinematographer. and mother Elsie Ford. Her mother was an actress. Elsie was the one who instilled Robert’s tendency towards acting.

Robert Downey Jr. Life Story: Robert also started acting at a very young age. At the age of just five, he did his first film “Pound”. This film was made by Robert’s father. He still played minor roles in many of his father’s films. His father was a drug addict. He allowed his son to consume marijuana only when he was 6, which is harmful to health. Robert was a child age then, so he did not understand all these things. He also started taking drugs like his father. When he was 8, he too was addicted to drugs. Robert’s childhood was very difficult. His parents divorced and moved to Los Angeles with his father. He used to take drugs there too.

At the age of 16, he gave up studies and came back to New York to live with his mother. He moved towards films again and worked in many films from 1983 to 1990. They started coming in the public eye, but their habit of taking drugs continued.

In 1990, he tried to get rid of the drug several times, but each time despair came. Now his career was gaining momentum in Hollywood. He had also created an image of a great actor in the eyes of the media. Some of his films were also huge hits.

He was nominated for an Oscar Award in 1992 for his acting in the Chaplin film. While his acting was being praised on the one hand, on the other hand, there was also condemnation due to drug addiction and being surrounded in controversies.

They got married in 1992 and stayed away from controversies for about three-four years. Then one day he suddenly got imprisoned for one year for taking drugs. He spent a year in jail where other prisoners beat him. This was the most difficult period in Robert’s life. After his release from jail, his wife also sent him a divorce notice. In 2001, he had been arrested several times.

In 2004, his life took a new turn. When they met Susan Downey. The two got married in 2005. Susan Downey puts a condition in front of Robert that if they want to live together, they have to give up drugs. Robert chose Susan between drugs and Susan. Slowly, he started distancing himself from drugs. Although it was difficult at the beginning, But he said goodbye to this addition.

While he worked in several films meanwhile, the most important moment of his life came when he was offered the role of Tony Stark for “Iron Man”. He accepted the offer and after that, he became a box office star. He received a lot of love from all over the world. Every film since then was a blockbuster. Such as The Avengers, Captain America Civil War, Sherlock Holmes, etc. Today Robert is known as ‘Iron Man’ all over the world.

Aside from his unbelievable talent and trademark quirk, how he turned his life around and got back on his feet is all kinds of inspiring.

So here some of the best quotes from Robert Downey Jr. that’ll teach you Life Lessons. 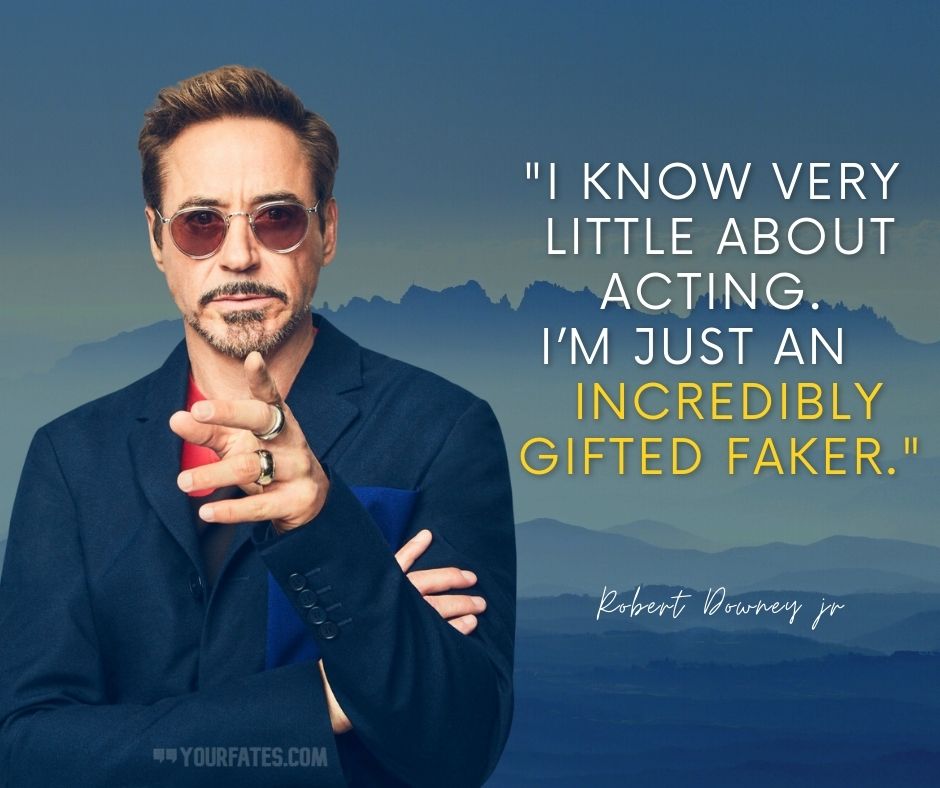 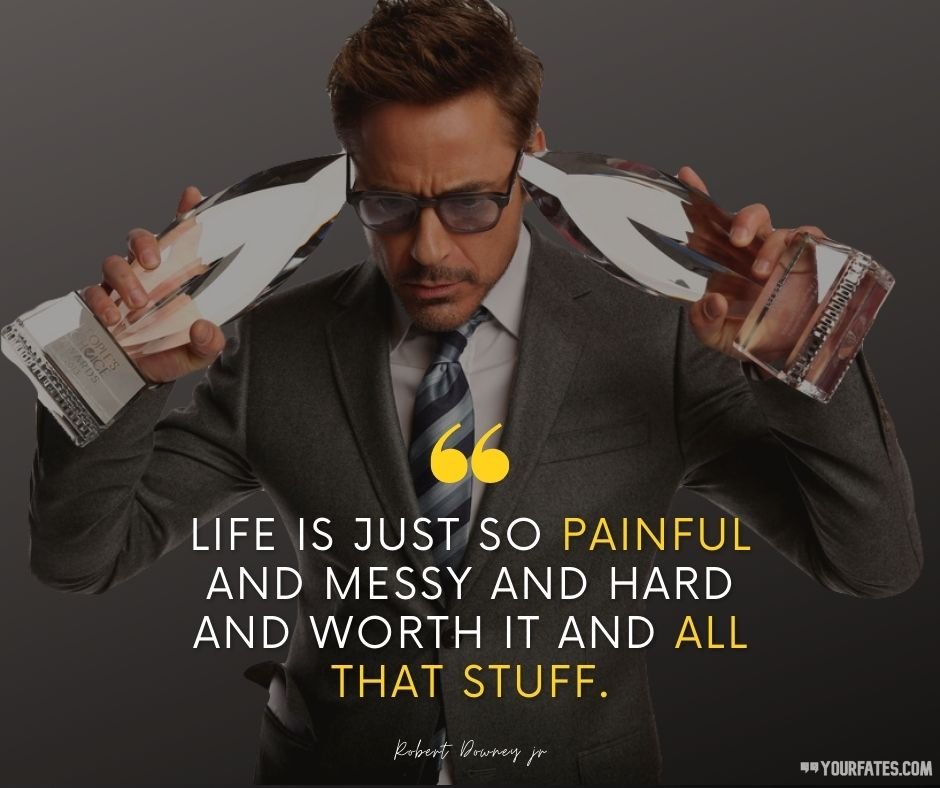 “I’ve noticed that worrying is like praying for you don’t want to happen.” 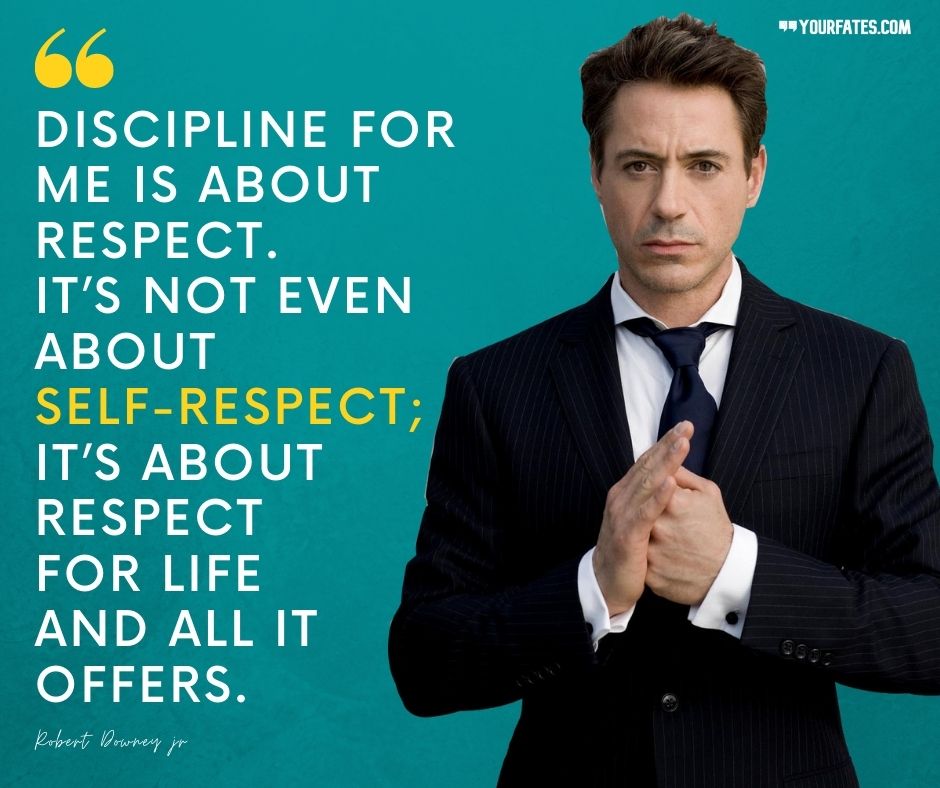 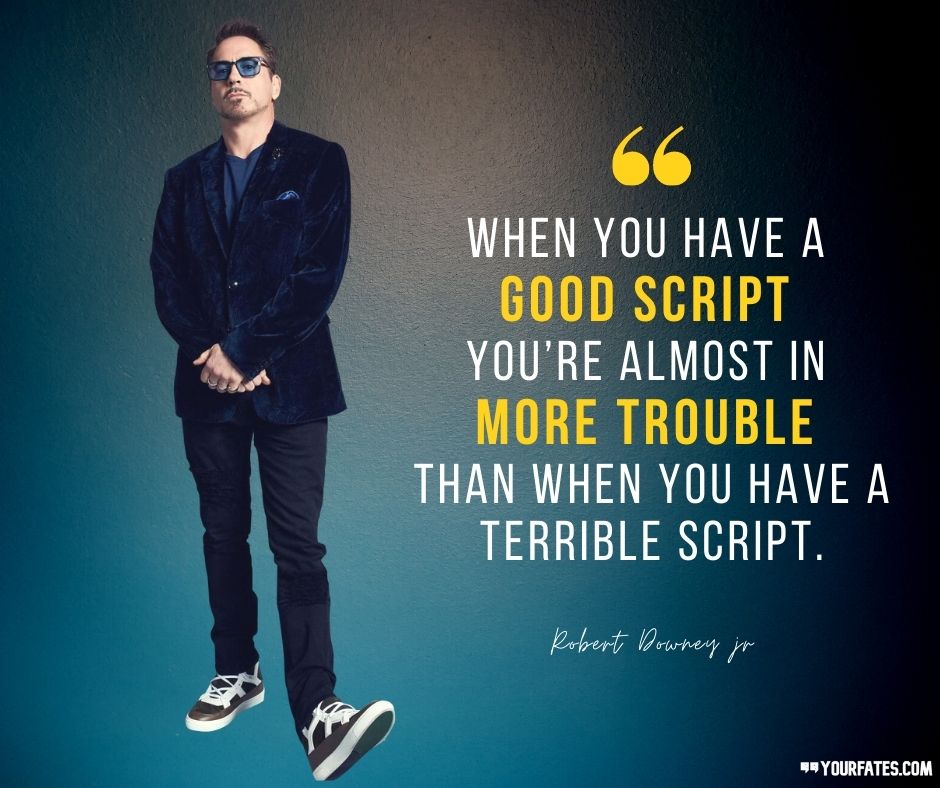 “Listen, smile, agree, and then do whatever the f*&k you were gonna do anyway.” 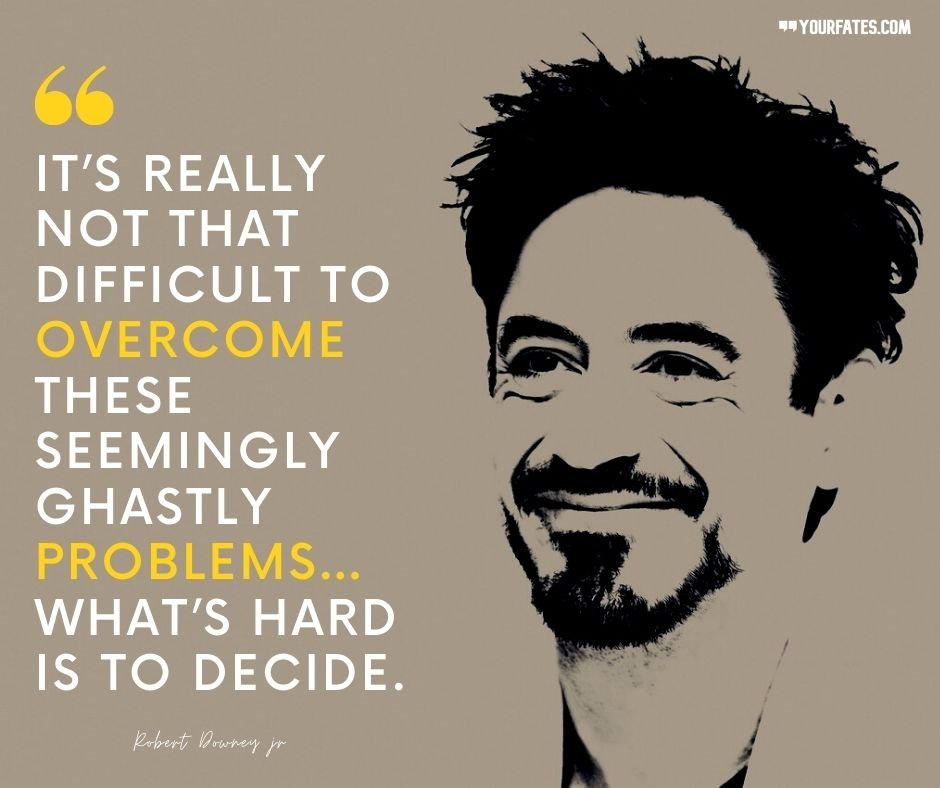 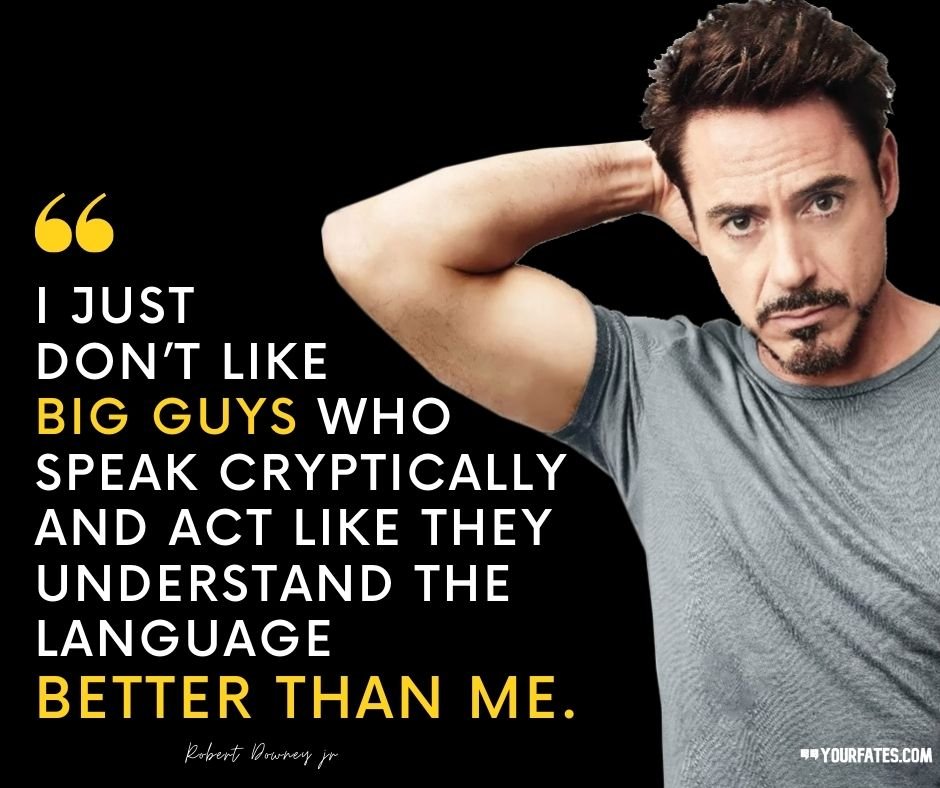 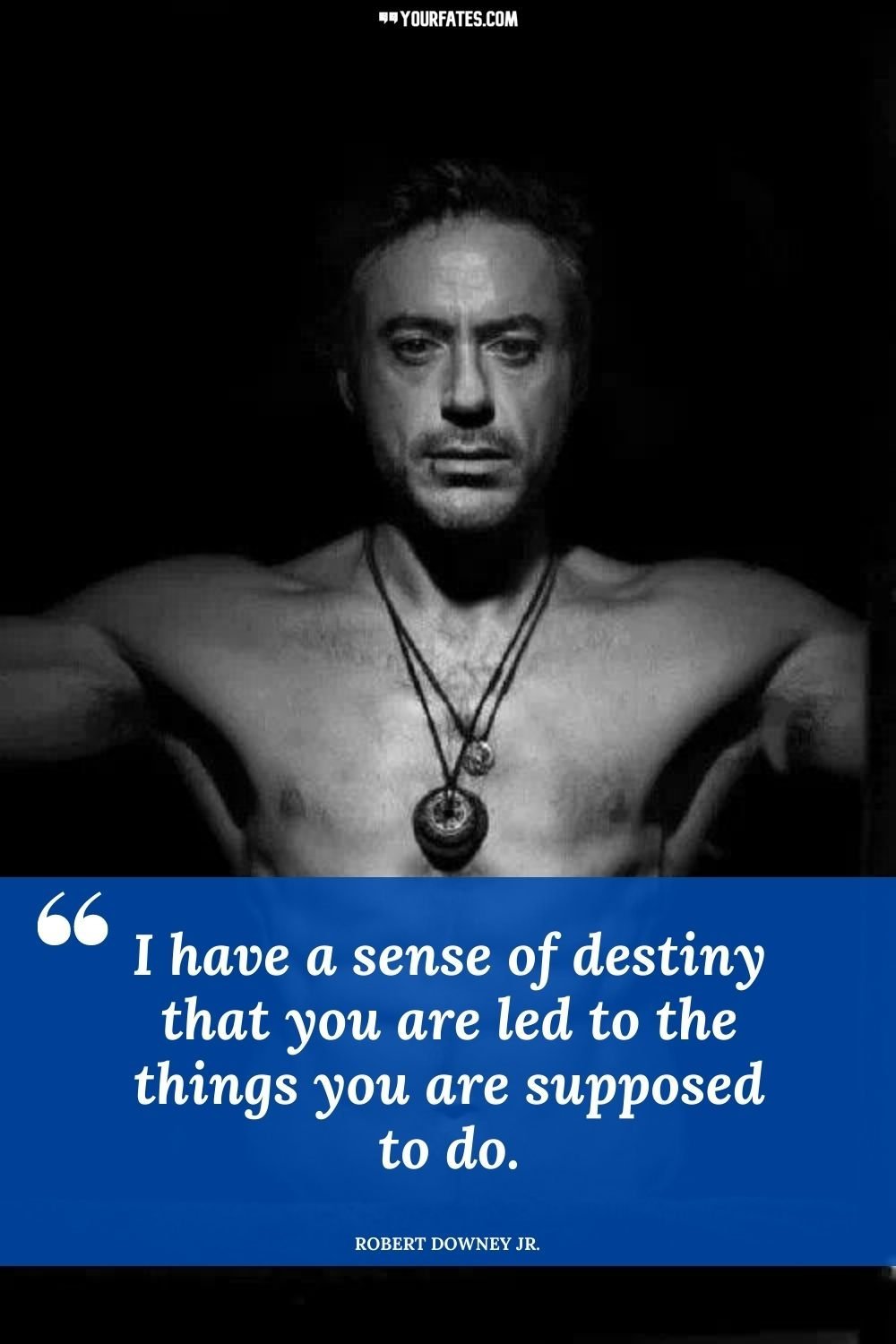 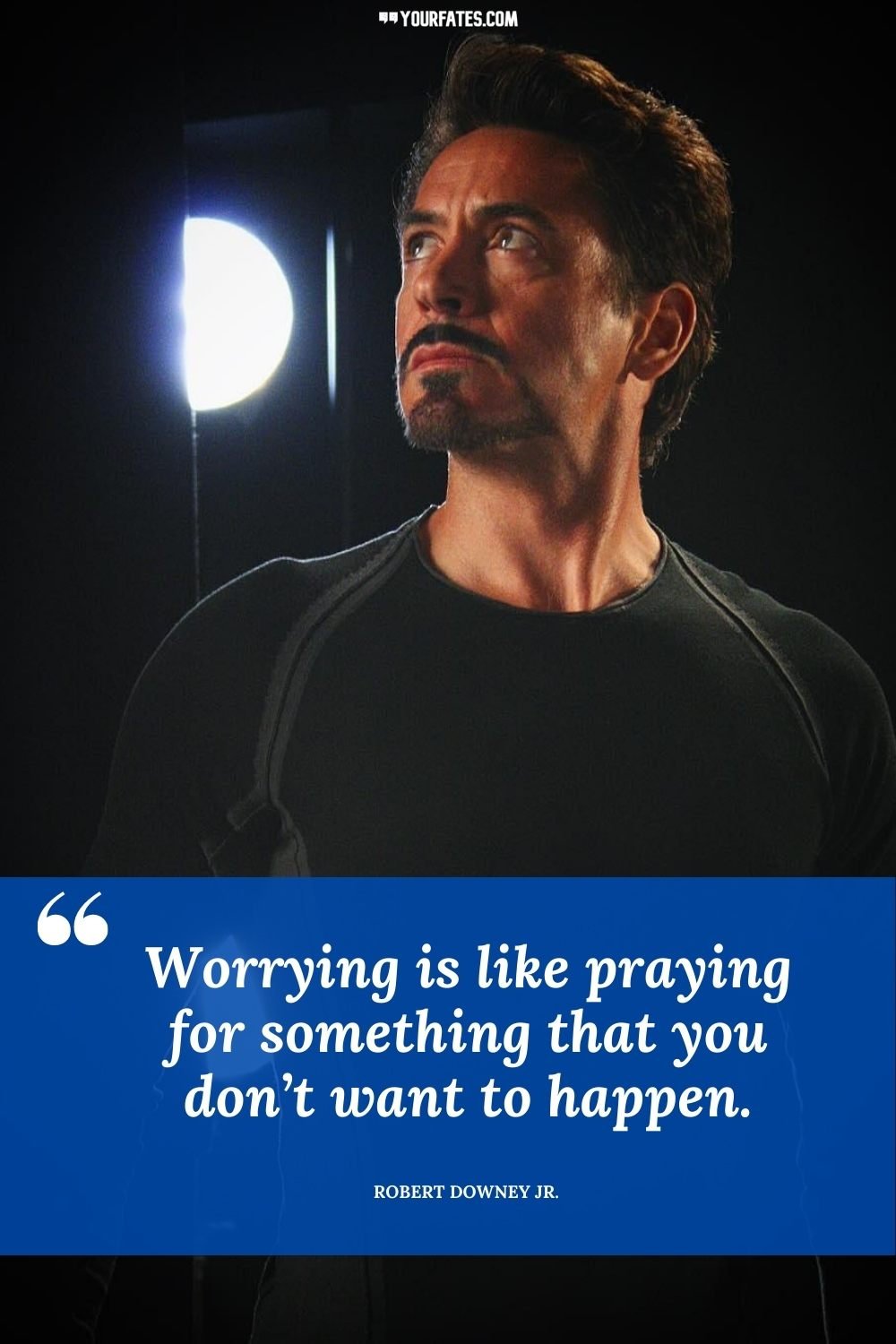 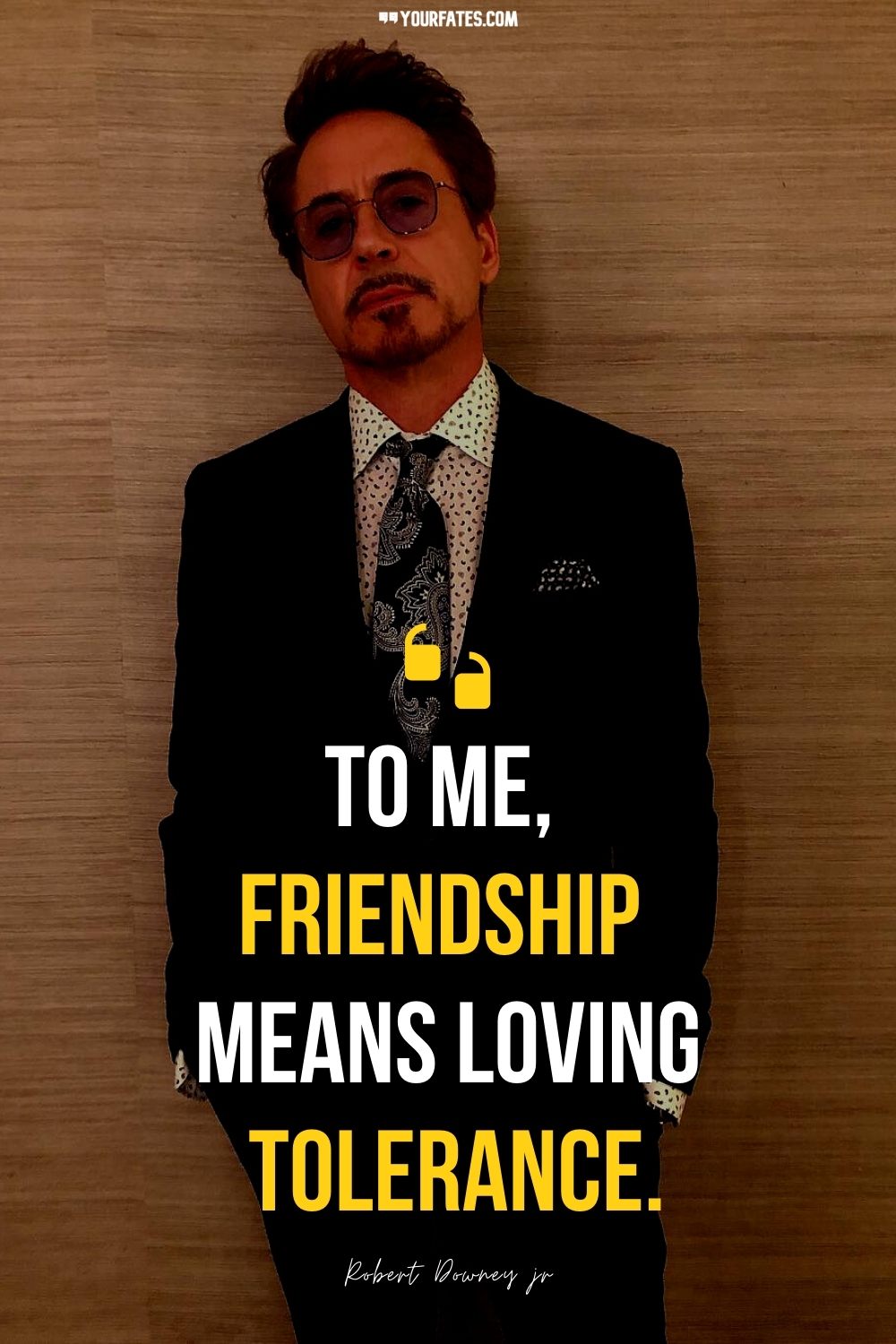 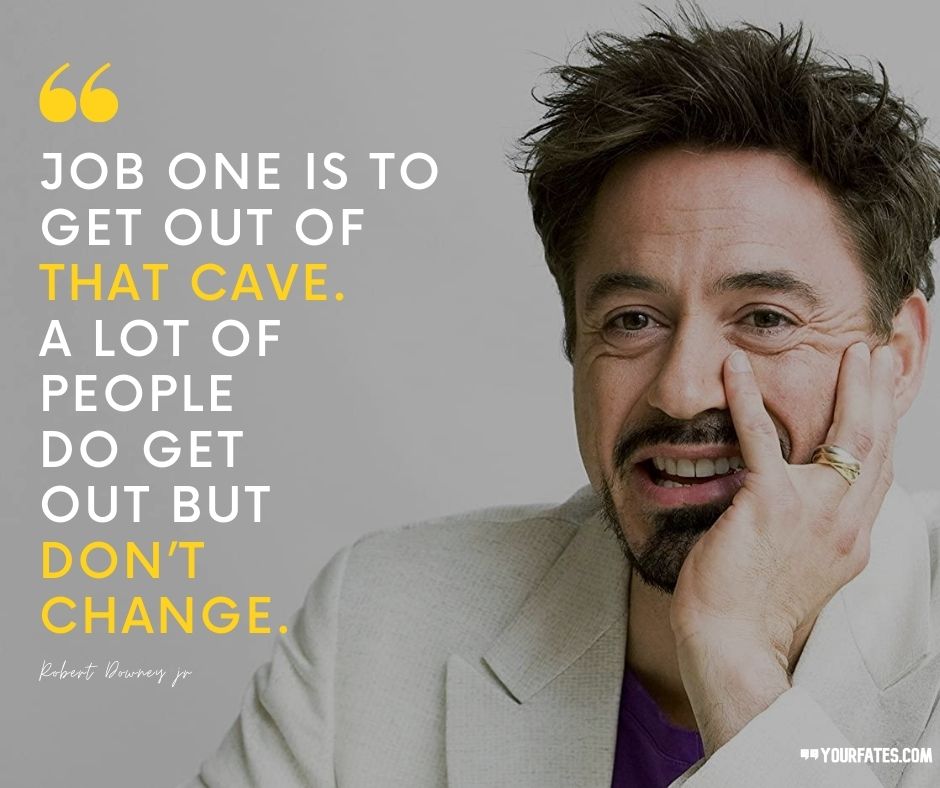 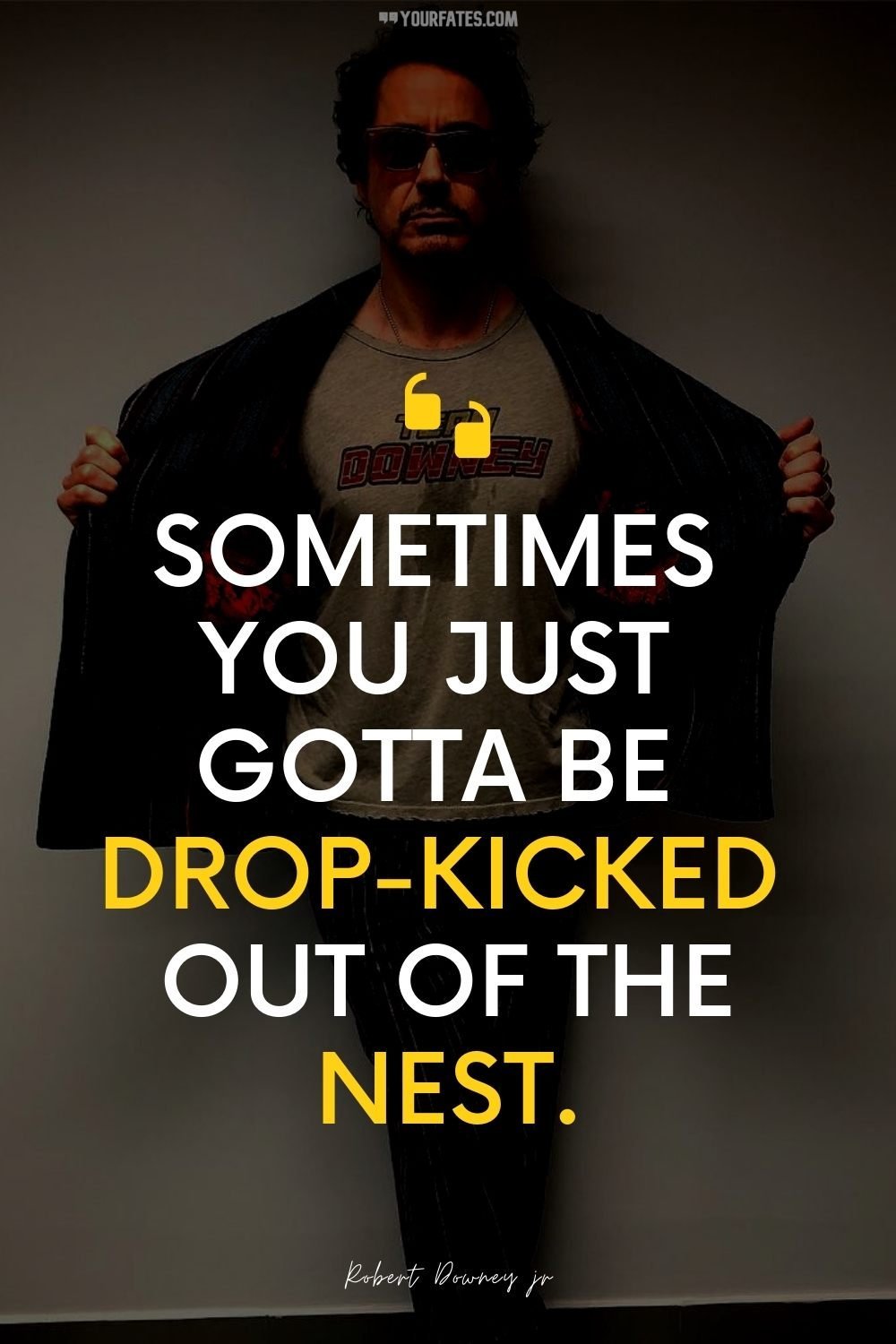 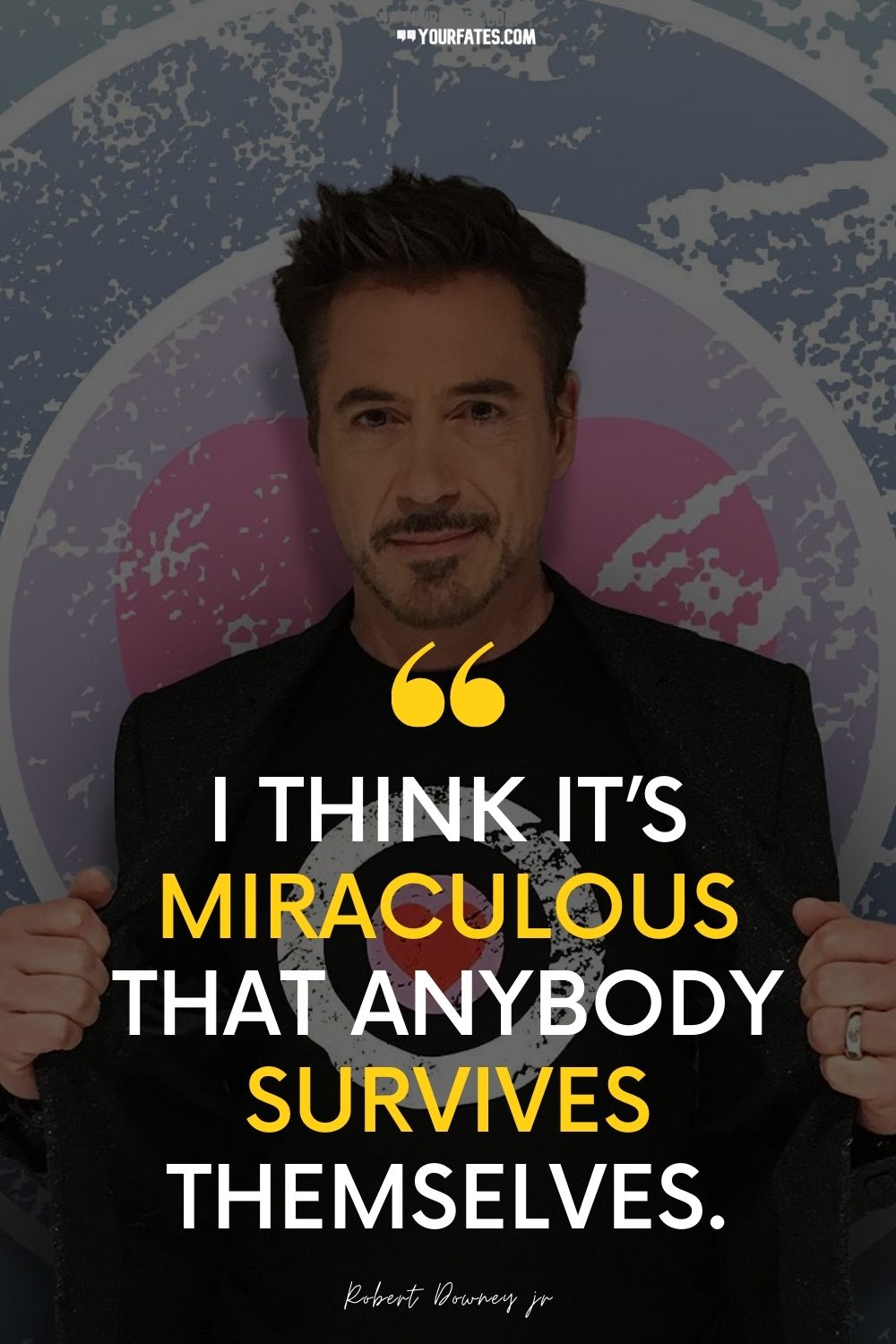 Will Smith Quotes About Changing your Life, Success, and Hard Work

Best Robert Kiyosaki Quotes That Will Motivates You

Thank you for viewing our selection of the best Robert Downey Jr. quotes! Don’t forget to share this on social media via the buttons below so others can enjoy it, too.